You are at:Home»Latest»1935 – A Merrier Merry Christmas, thanks to ‘Human Torpedo’, Jimmy McGrory

1935 – A Merrier Merry Christmas for Celtic…

It was indeed the bleak midwinter. 21 December 1935 was frosty and foggy, so much so that many other games in Scotland were not played that day, and indeed at about mid-day, the Parkhead game did not look possible either, so thick was the fog. But it cleared enough for the game to go ahead at 2.00 pm to the relief of a large crowd given as about 40,000 in some accounts. Celtic were top of the League and today they were facing the team that was second.

The opponents were the black and golds of Aberdeen, undeniably under Paddy Travers a good side and a team whom Celtic could be guaranteed to have problems with at Pittodrie. Indeed the first game of the season had seen a 1-3 defeat, and last year the Dons had removed Celtic from the Scottish Cup.

But it was often a different matter in Glasgow, and this was the season in which Celtic were at last fighting back. 1926 was the last time Celtic had won the League, but this year the team were a great improvement. Jimmy McMenemy, the hero of the 1900s and the 1910s was back as trainer, and he was undeniably making a huge difference in fitness and training methods. There was now a solid defence with Joe Kennaway the Canadian goalkeeper outstanding, Willie Lyon at centre half and in the forward line the redoubtable Jimmy Delaney, Willie Buchan and Johnny Crum.

Oh yes, and there was someone else as well!

We’ve left the star turn to the last,

There in the midst of all his glory

The man was on fire this season. He had already scored 24 goals, in spite of having missed 5 games. The previous week, the team had uncharacteristically gone down 0-1 to Dunfermline Athletic at East End Park. And why was that? Jimmy McGrory was out injured!

But he was fit this week and closing in on the record of goal scoring held by the late Hugh Ferguson. The tallies vary, but the consensus was that Ferguson had scored 362 goals and McGrory was 361. Today McGrory scored his hat-trick as Celtic won 5-2, the other two goals coming from Willie Buchan and Frank Murphy. 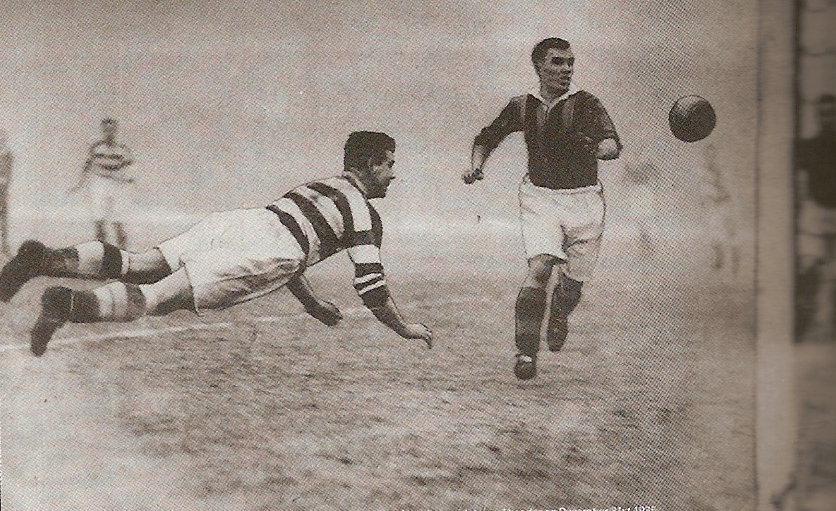 The first goal was a simple matter, the second was a classic McGrory header “rising like a bird” to connect with a Murphy cross. But it was McGrory’s third goal which had Jim Rodger of The Daily Mirror purring with pleasure. A poor cross from Frank Murphy which would have been no use for anyone…

“…except the immortal McGrory. In a throwback to a trapeze act, McGrory, a human torpedo in the air, body at full stretch and parallel with the bone-hard ground, headed the ball into the net. There was a silence as though a giant blanket had been thrown over Parkhead. Then came a roar of acclaim to greet the goal that has never been surpassed… the impossible made possible by a genius.”

And thus Celtic fans spent a Merry Christmas singing the praise of their genius, and now record goal scorer. 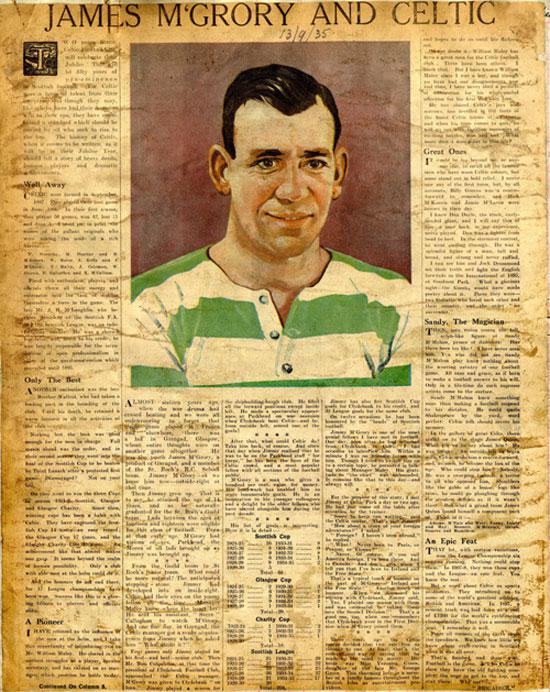 “Poor Caitlin who is going to have a couple of days with a sore head,” Fran Alonso
“When we see a team-mate go down it’s not nice,” O’Riordan on Hayes’ head-knock
Unique Angle – Blood, toil, tears then three Celtic goals without reply
Previous ArticleSt Johnstone v Celtic: Bobby Madden to referee Boxing Day clash
Next Article 1909 – A Merrier Merry Christmas thanks to The Mighty Quinn