You are at:Home»Latest»£52? Incredible! The Most Expensive Ticket Price in Scottish Football History

AROUND 800 Celtic supporters will pay an incredible £52 for their ticket to see Celtic play the Rangers at Ibrox in two weeks time.

Celtic today announced on the club’s website details for this match which takes place on 1 September with a 12 noon kick-off. The Celtic support will be hoping for another Beautiful Sunday but for those who get a ticket it will be an expensive affair, the most expensive face value ticket for a match in Scotland ever.

Of course the way this works is that the Rangers supporters in the (formerly Free) Broomloan who don’t have season tickets will also be asked to pay this sum and the same applies in reverse for the two Celtic v the Rangers matches later in the season. 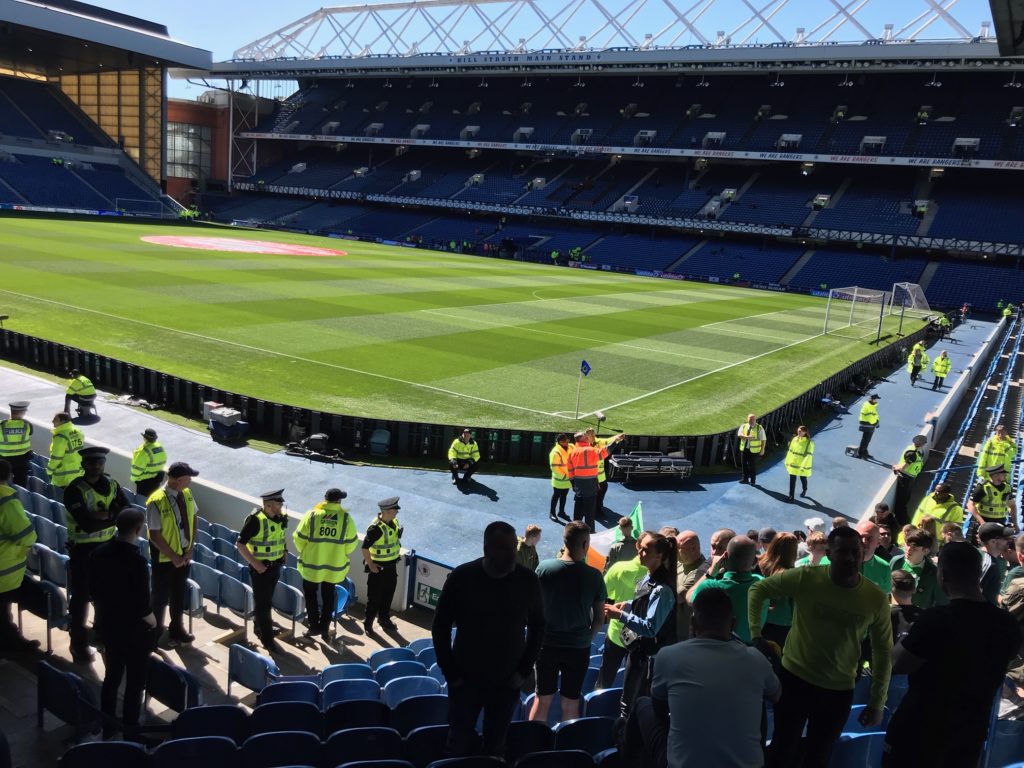 View from the Celtic corner before the game in May – ticket was priced at £49.

“WE DO NOT HAVE A SUFFICIENT ALLOCATION OF TICKETS FOR ALL STH WHO MEET THE ABOVE CRITERIA.

“Tickets can be purchased online, by calling 0871 226 1888* or by visiting the Celtic Ticket Office. Booking fees apply online/via booking line.”

For many years these tickets have been priced at £49, even going back to the final seasons of the old Rangers FC before it went into administration, then liquidation after they failed to achieve a successful CVA.

The £50 barrier seemed a hard one to break through but now the clubs together have taken the plunge. £52 to watch a game of football in Scotland, is just incredible!

‘We will not be dazzled by Celtic,’ Suspended AIK striker, ‘they lost four goals at home to Cluj and the Scottish league is not so good’…see HERE.

Previous Article‘We will not be dazzled by Celtic,’ Suspended AIK striker, ‘they lost four goals at home to Cluj and the Scottish league is not so good’
Next Article Celtic ‘Astonished’ by SFA action after Media’s Tom Boyd Witch-Hunt