You are at:Home»Latest»“A dream come true. Can’t wait to be in Paradise,” Kyogo Furuhashi

Kyogo Furuhashi is thrilled to have joined Celtic, with the Japanese internationalist having moved to Scotland on a four-year deal from Vissel Kobe in Japan. And Ange Postecoglou today at his Mainstream Media conference (watch below) refused to rule out him being involved in the action at Tynecastle tomorrow evening after the 26 year old Japanese international completed his quarantine period after entering the UK from his homeland.

Kyogo Furuhashi is looking forward to pulling on the green and white Hoops for the first time, and he will do so wearing the No.8 jersey – a number that has personal significance for him as well as being an iconic one in Celtic’s recent history.

Speaking to the official Celtic website, Kyogo said: “I am absolutely delighted to be a Celtic player and I can’t wait to join up with the manager and my team-mates and start playing for our great supporters. This move to Scotland and to Celtic is huge for me and I am so excited.

A dream come true. Can’t wait to be in Paradise 🍀

“The number 8 is a number I have always loved and one I wanted to wear,” the new Celtic number 8 said. I know it’s a massive number for Celtic fans and was worn for so long by Scott Brown, who is one of the club’s true heroes. I am well aware of what he gave to the club.

“He is a real legend of Celtic and knowing that Scott has worn this jersey for so long with such success will be extra motivation for me to do my very best to honour and pay tribute to him as best I can.

“It is also the number worn by my former team-mate, Andres Iniesta, someone I am very close to and who I am privileged to call a friend.

“To wear the number of these two great players means a lot and it is a phenomenal honour for me. I will work hard to do it justice. 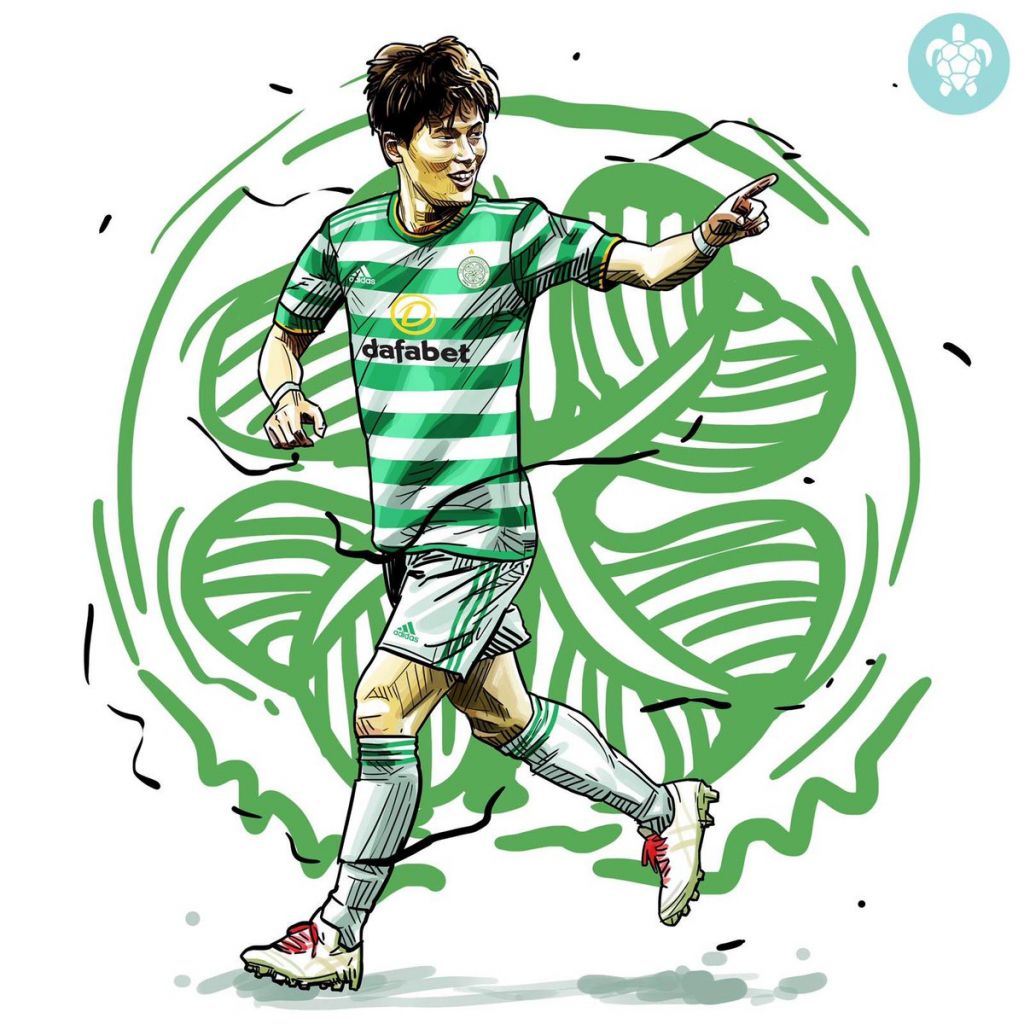 “But it won’t all be about numbers for me. This is about Celtic, about joining a brilliant football club, about hard work, getting to know my team-mates, enjoying football, working closely with the manager and giving my supporters everything I have.”

Previous ArticleVideo: Postecoglou’s Transfer Update: “We still need two or three additions that are going to be significant for our club.”
Next Article ‘Happy to be here,” Alonso signs quality, experienced defender ahead of Champions League campaign