You are at:Home»Latest»“A gift which is uniquely Celtic,” Matt Corr on Stadium Tours, Walfrid & The Bould Bhoys

As a Stadium Tour Guide at Celtic Park, Matt Corr spends many hours each week re-telling and recreating the unique history of Celtic, bringing the legendary characters and events of over 130 years of trophies, triumphs and tears to life for supporters and visitors alike.

Matt has now taken to sharing his own take on some of the key chapters of the Celtic story in print. His debut as a published author, ‘Invincible’, was released in May of this year, and took us step-by-step through that wonderful, magical 2016/17 season, as the Bhoys secured an unprecedented, unbeaten domestic Treble. The book is laced with memories and anecdotes from Matt’s own 55-year journey following the club he loves all over Europe. 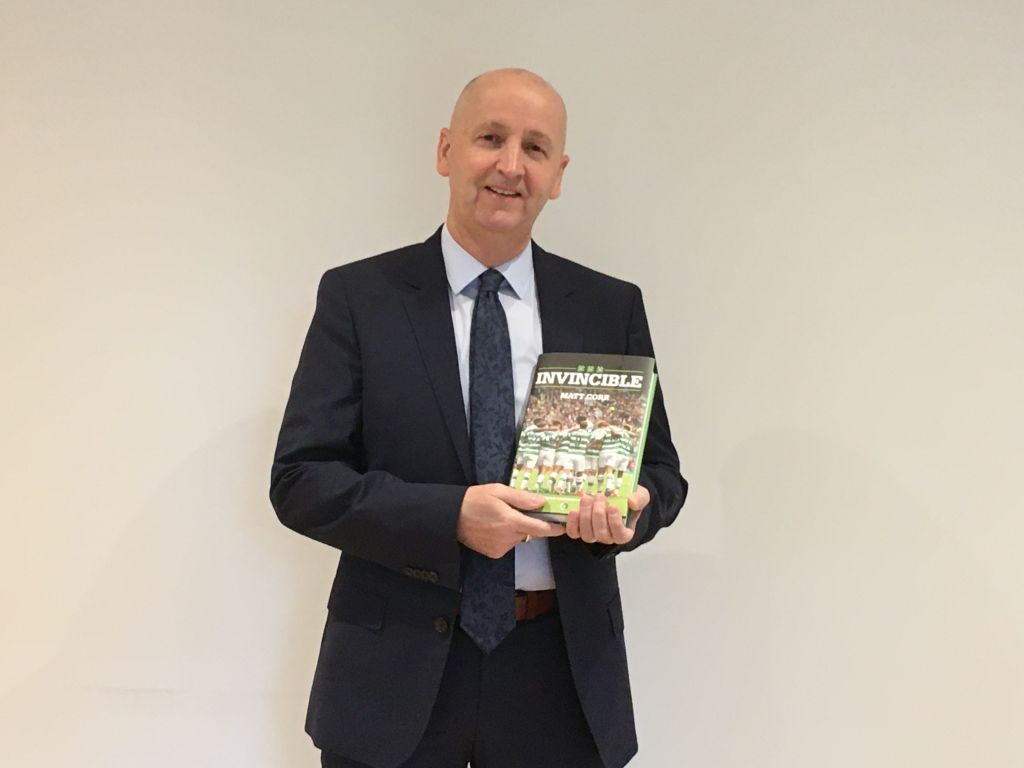 Matt’s latest offering, ‘Walfrid & The Bould Bhoys’, is a collaboration with two well-known Celtic authors to produce a very special insight into the early days of the new football club.

Liam Kelly published ‘Our Stories & Our Songs’ in 2015, following that up last year with ‘Take Me to Your Paradise.’

In ‘Walfrid,’ Liam focuses on the Founding Fathers, those men whose compassion, vision and energy created Celtic for the most wonderful of reasons, to help those struggling to survive. Those of our forefathers and mothers who had nothing. Origins and principles which set us apart as so much more than a football club, even to this day. 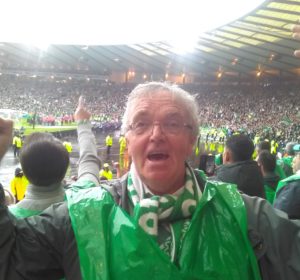 David Potter has drawn from a lifetime of following the club to write scores of insightful and informative Celtic books, which will be valued for generations of Hoops supporters to come. Here David shares his thoughts on the early heroes in white-and-green who would thrill the Celtic fans of the club’s inaugural years, as they played their way into our hearts and the opening chapters of The Celtic Story. Men like James Kelly, ‘Napoleon’ McMenemy and The Mighty Jimmy Quinn, whose names still roll off the tongue more than a century later, idolised to this day by the descendants of the men and women who watched them create history.

Matt walks us game-by-game through an incredible debut season, as players are recruited to form a football team which will become a cause, a reason for living the other six days of the week. Challenging the established order, they created joy in the immigrant communities of Glasgow’s east end and beyond by reaching the prestigious Scottish Cup Final from a standing start, then delivered Celtic’s first silverware, all within that thrilling initial year of existence.

The new book has been very much a labour of love for Matt and the other authors involved. So, how did it all come about?

“There are many great aspects to being a Stadium Tour Guide at Celtic,” told The Celtic View. “But, if pressed, the part I love the most is sharing the origins of the club with the guests who come on the tours. 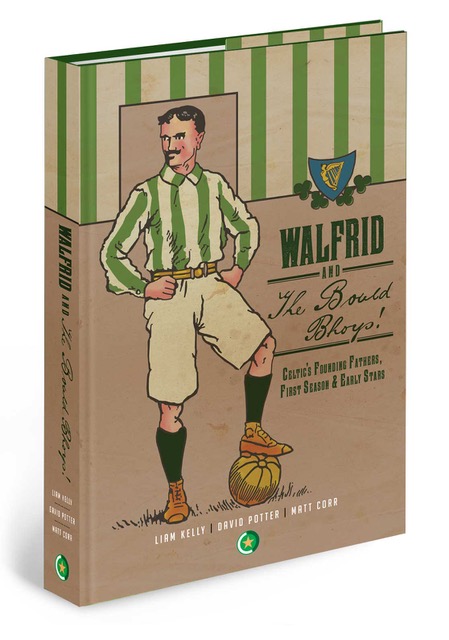 “Some folk know a lot about that situation back in the late 1880’s and others next to nothing, however, when they hear the story played out, with the backdrop of the trophy room, the whole thing becomes quite magical. We often have several generations of the same family in the room, and the interactions are amazing. Truly emotional.

“There can surely be no other football club in the world whose history is devoured, cherished then handed down through family, enabling our children and grandchildren to recite the great names and games of the past with the same feeling and passion as for those they witnessed first-hand. It is a rite of passage for kids who are born to be Celts. A gift which is uniquely Celtic.”

“Over the last couple of years, I have had the opportunity to delve deeper into the detail of our history, and I have become increasingly fascinated by how the whole ‘Celtic thing’ came together and just exploded, changing Scottish football and, in turn, the lives of those who support the club forever. I had researched and written articles about a number of the characters and matches involved, including the feature ‘A League of their own’ for last season’s match programmes, so I was delighted to be asked to get involved in this book.”

“It was a real privilege to work with David Potter and Liam Kelly and it’s been quite a unique project to deliver. We’re all really proud and excited about this. The book looks fantastic and we’re hoping that supporters will enjoy the read and having it as a really special addition to their Celtic collection. If you want to know your history, you will love Walfrid & The Bould Bhoys.”

Walfrid & The Bould Bhoys is a beautifully-designed hardback which has just been published and is available now via store.celticfc.net

Both Walfrid & The Bould Bhoys and Invincible can be purchased from official Celtic stores or ordered online at store.celticfc.net. You can also order both books directly from Celticstarbooks.com and both are also available via Amazon.

Previous ArticleVideo: ‘It’s just speculation’, Neil Lennon coy on Celtic signings
Next Article It would take winning Ten-in-a-Row and lifting the Europa League for Neil Lennon’s Celtic to get close to Jock Stein’s achievements in 1967