You are at:Home»Celtic on This Day»‘A lady beside me said this was because God was a Celtic supporter,’ David Potter

THE CELTIC STAR is looking back to this day in 1988 when Celtic staged best Birthday Party of all time, winning the league title at Paradise in front of a ‘capacity’. pay at the gate crowd in our Centenary Season.

If you were there and would like to share your memories of that remarkable, unforgettable day with fellow Celtic Supporters, please email your contribution to editor@thecelticstar.co.uk and we’ll compile an article for later this evening. 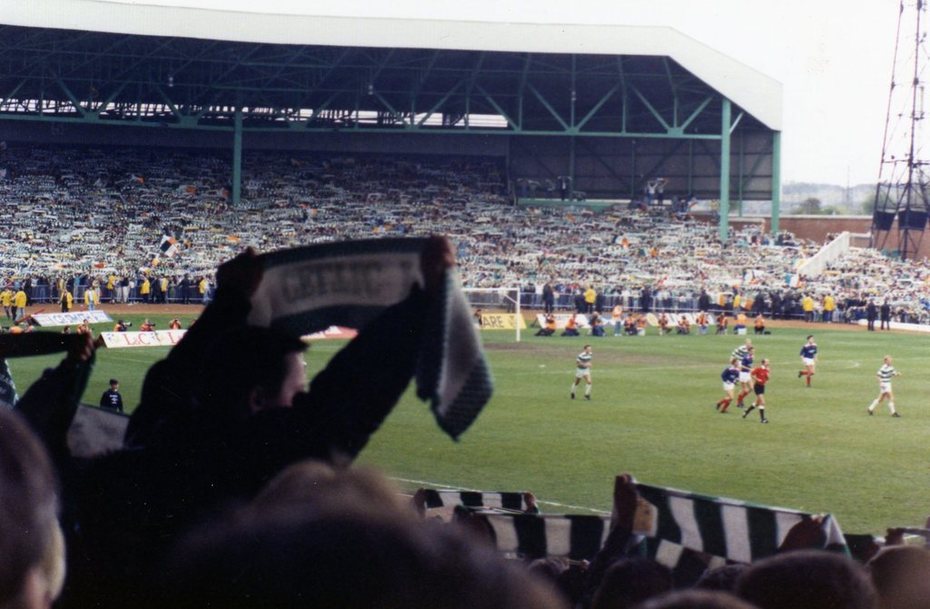 I can probably claim to have been the last person admitted to the stand that day.

In these days there were no tickets for the stand and it was first come, first served. I just squeezed in at about 1.30pm and they closed the stand turnstiles immediately after that.

I was glad I got in to the stand, for the terracing was in some parts quite dangerous.

We could have won the League the week before in Edinburgh but lost to Hearts, and everyone said that it was all done deliberately to win the game at Celtic Park.

Chris Morris, of all people, scored early, and the game against Dundee was a bit dull because we were all waiting for the final whistle, but there were two good goals in the second half from Andy Walker within a minute of each other. 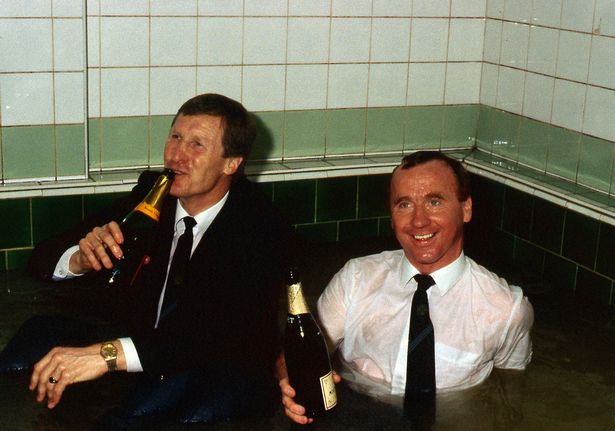 The raising of scarves at the Celtic End reminded me of a venetian blind opening, funnily enough! Just near the end, the sun came out (it had been overcast up until then) and a lady beside me said this was because God was a Celtic supporter.

It was certainly a great day to be alive.

Previous ArticleCeltic’s crazy Birthday Party! Were you at Paradise on this day in 1988?
Next Article Saddest news as Celtic legend Billy McNeill passes away