You are at:Home»Latest»A Message to the English Media – Why Rod Stewart supports Celtic

Rod Stewart is getting stick south of the border for supporting Celtic and Scotland, rather than the Three Lions and a club team closer to where he was brought up.

Now English clubs like Manchester United, Liverpool and Arsenal have fans all over the world, many will wear these clubs’ colours yet a very large percentage have never seen them play and indeed have never even been to England.

They watch the English Premier League on satellite television as it’s broadcast around the world. There are players from all over the planet who are at the very top of the game playing for these clubs and the global media exposure funds their presence in English football and makes the current set-up possible.

And we’re not just talking about Asia, Africa, America and across continental Europe. Even in Ireland the advent of Sky Sports has resulted in so many ‘new’ fans emerging for clubs in England. There’s footage on You Tube of Celtic beating Manchester City in the early 1990s in a match played in Ireland. At least three quarters of the supporters there were in Celtic colours. If that game happened now Celtic’s chances would be slimmer and so too would the numbers of local supporters opting to follow the Hoops.

Again Celtic played (and defeated) Liverpool in Dublin around eight years ago and the size of the crowd wearing red was greater than green. Celtic, even with our proud Irish heritage is suffering as supporters jump on the high profile glamour of English football.

So it’s a bit rich when the little Englanders get on Rod Stewart’s back for having the brass neck to support a Scottish club and follow the national side, as his dad was from Leith.

“I am English, I have never pretended to be a Scotsman,” Rod told Talk Radio yesterday.

Why does he support Scotland and not England? “My Dad was from Leith and was a Hibs fan & that rubbed off on me.”

And why does he support Celtic and not an English club closer to where he was brought up? “I met Jock Stein and since that day I was a Celtic fan, I was so enamoured.”

Remember, any English fans reading this, Celtic were the first club from Britain to win the European Cup and the first to appear in two European Cup Finals. For six of seven years Celtic was up there as one of the leading clubs in European football. For instance the legendary Leeds United side of played Celtic in the semi-final of the European Cup in 1970 and the English media reckoned that the Scots need not bother tuning up. Celtic won home and away 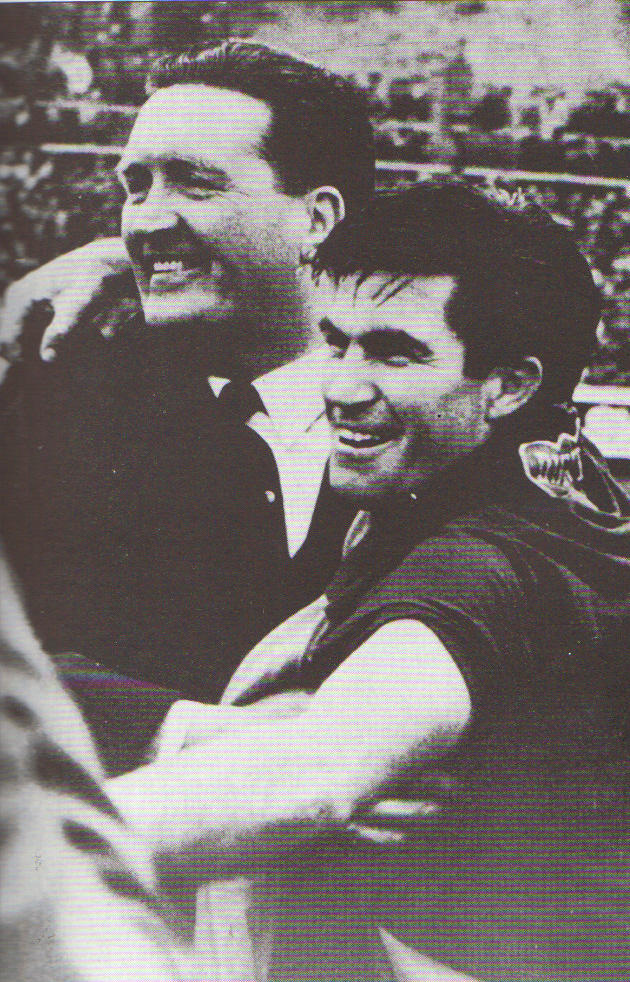 That was under Jock Stein and that’s why Rod Stewart is a Celtic supporter. Simple really.

“We did it by playing football. Pure, beautiful, inventive football,” Jock Stein said. He was referring to the European Cup win in 1967 but it also works for how he got Rod Stewart to become a Celtic supporter.

🏴󠁧󠁢󠁥󠁮󠁧󠁿 “I am English, I have never pretended to be a Scotsman.”

🏴󠁧󠁢󠁳󠁣󠁴󠁿 “My Dad was from Leith and was a Hibs fan & that rubbed off on me.”

🍀 “I met Jock Stein & since that day I was a Celtic fan, I was so enamoured.”@RodStewart explains why he supports Scotland & #CelticFC! pic.twitter.com/K2sTWOqxQZ