You are at:Home»Latest»A miserable failure despite Celtic having an incredible 79% of possession and 16 shots on goal

Well, that was both a disappointing and frustrating performance from Celtic this afternoon as the Hoops fell to a humbling defeat to bottom of the league Livingston. Celtic had an incredible 79% of possession and managed 16 shots on goal but somehow couldn’t find a way through a Livingston defence who we struggled to really shift from their comfort zone.

Celtic moved the ball well early on but the decision making at times was far too cautious and that lack of adventure and creativity ultimately cost Celtic what should have been a straightforward three points. 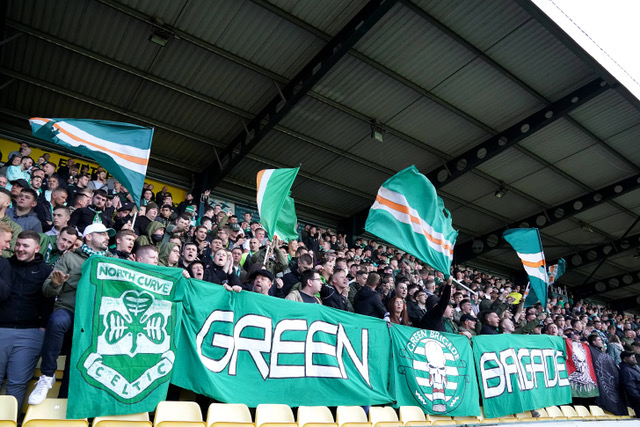 From those 16 attempts at goal only five made the target, while the opposition managed to get four out of their seven on goal and grab the only statistic that ultimately matters – putting the ball in the net.

Early on Celtic looked sharp and showed some intricate passages of play, but too often we lacked subtlety in our final passes, particularly in wide areas, where despite going in a goal behind at the break, we then continued with the self-same approach in the second half.

Frustrating high balls into the box, driven crosses without direction and little attempt throughout the game to get to the by-line and try and force the Livingston defence to face their own goal by cutting the ball back. We prodded and probed in central areas yet the final pass or final effort at goal just wasn’t there.

Clever and brave flicks missed their targets and a lack of care with the final ball was often far too evident. And once that complacency started to repeat itself, we reverted back to simply playing the ball wide rather than gamble on trying to drag Livingston defenders to us in central areas and open up space for runners to take advantage of. 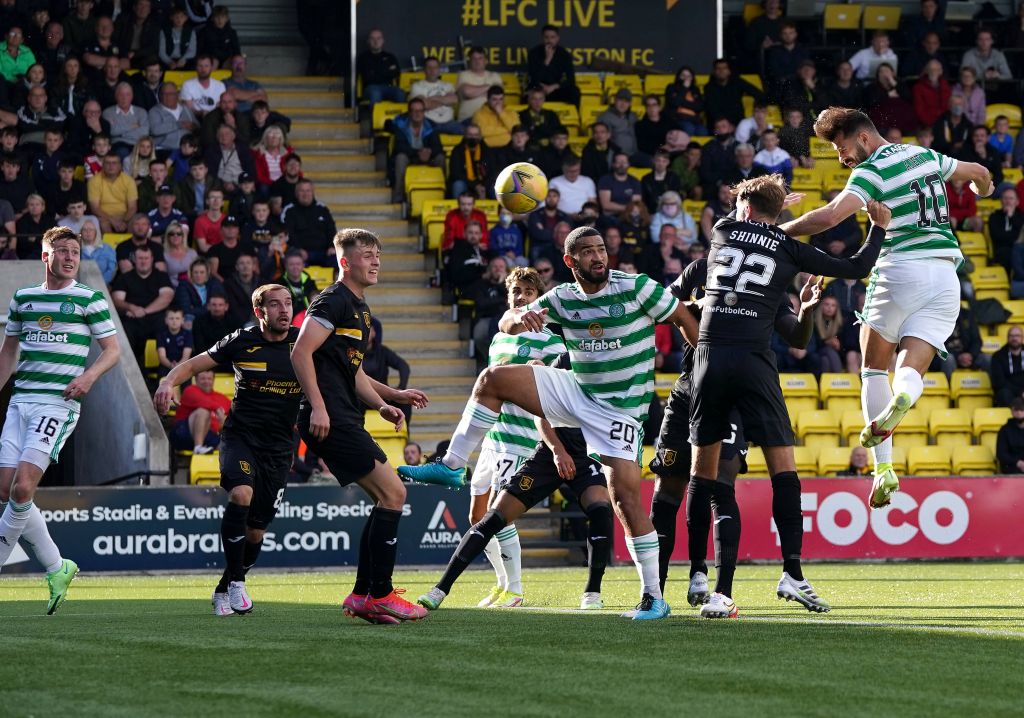 The defence will undoubtedly receive criticism, particularly for the way the goal was conceded but frustratingly this was probably one of Celtic’s best domestic defensive performances. It was those ahead of Joe Hart and the Celtic back four that really frustrated the most.

James McCarthy can be cut some slack in his first start but he looked worrying incapable of choosing to go forward and take risks. Rather he looked to play the safe pass, and in a side where McCarthy will be expected to be the start of the attack as well as the protector of the back four it was worrying to see his default position appeared to be caution.

Tom Rogic and David Turnbull however left the debutant without defensive cover, evidenced by Turnbull’s inability to match the run and strength of his opponent that in turn allowed Livi to play the ball wide for an easy cross to pick out Andrew Shinnie, who despite a superb first touch and stunning angled finish back across Joe Hart and into the top corner was also given too little disruption to his intentions by the weakness exhibited by Stephen Welsh. After all this was a slight striker not a Lyndon Dykes figure that easily brushed Welsh off. The whole goal from break to finish showed a worrying lack of both energy and strength in areas of the field Celtic required both. 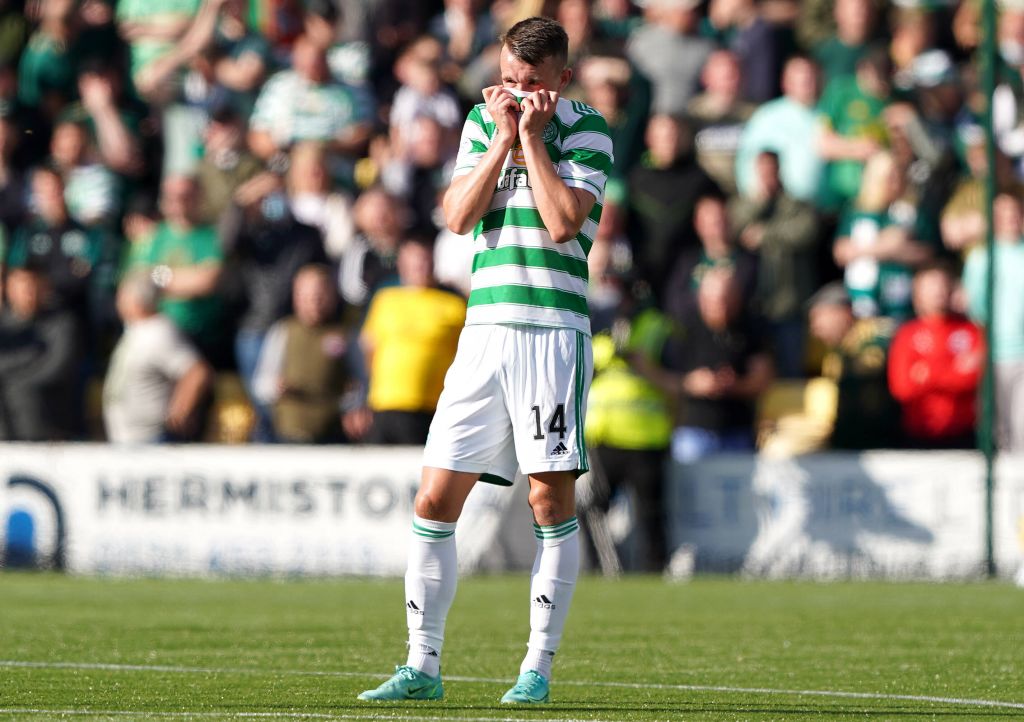 Further forward Jota tried hard but seemed put off his game by the physicality of the opposition and seemed more fearful than determined far too often, while on the other wing Liel Abada disappointed greatly. Whilst others could excuse heavy legs from their trip to Seville, Abada did not have such excuses. He shouldn’t have been tired of mind or body yet looked leggy throughout and his decision making smacked of someone feeling mental fatigue when it simply should not have.

There were of course positives to take. Joe Hart once again pulled off some vital saves and Carter-Vickers put in another impressive performance. And the man returning from the dressing room equivalent of Siberia, Boli Bolingoli, certainly looked a player who was trying to impress. Juranovic could also receive pass marks and Albian Ajeti may not have scored today but he worked his socks off and tried his best to feed off the scraps he was asked to tun into goals.

But there was a worrying lack of coherent link up play with the players on either side of him or with Rogic and Turnbull through the middle. Play often broke down before reaching the striker, that should have been enough for him to realise he had to drop out of the area more often to encourage the play to link. 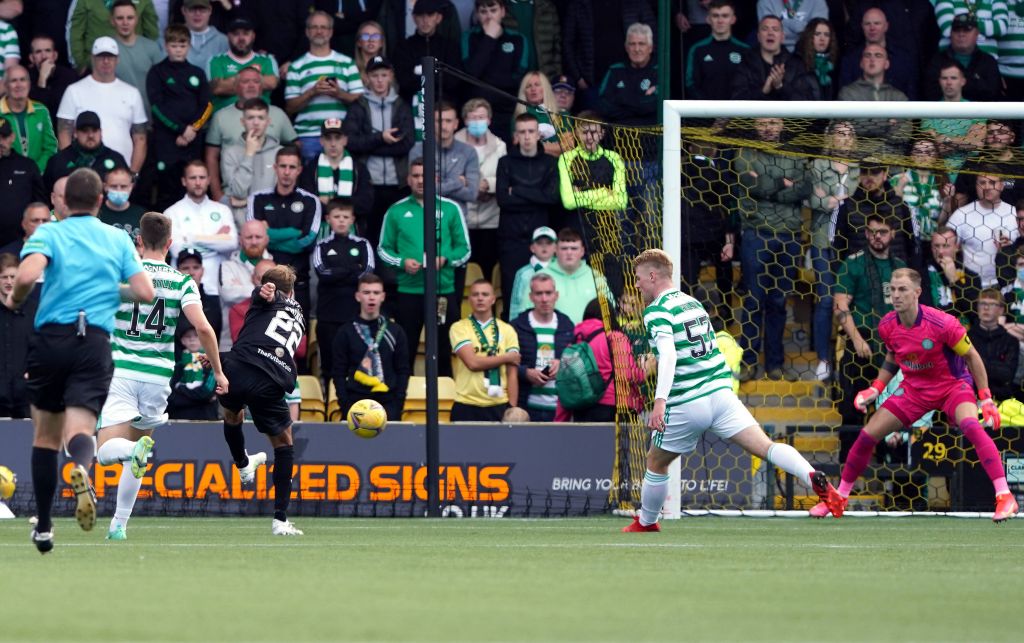 In the end Celtic deserved nothing and got exactly that from a complacent attacking performance and one bereft of ideas.

Ange Postecoglou will once again feel a lack of options on the bench and an injury list including hugely influential players will have impacted on his team’s ability to carry out his instructions, but criticism remains due when your team go in at half-time a goal down and plod on playing exactly the same way in the second half. That was a worrying development from a manager who has stored up a lot of good faith from some blistering early season performances. But the elephant in the room is just how many of those performances have been limited to Celtic Park. 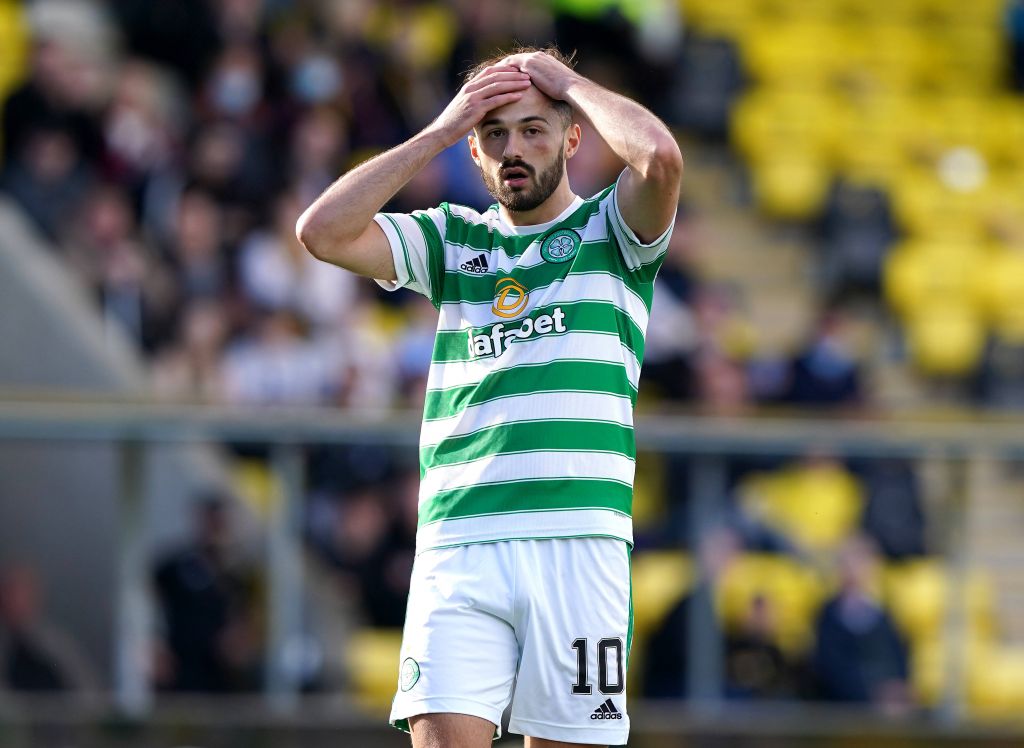 Bar Jablonec, Postecoglou’s side have yet to win on the road this season. That is something that will have to be addressed and soon, because despite this season still being in its infancy, Celtic lie sixth in the league after defeat against Livingston this afternoon. It will take more than home form to ensure that matter can be rectified.

Ange Postecoglou simply has to find a way to get this team to transfer home form to the road and there is little room now for the complacency shown today. This has to be a watershed moment on a day the honeymoon period came to an end with a pitiful defeat to the worst team in Scotland.