You are at:Home»Latest»A Much Happier Day for the Hoops but where was Ewan Henderson?

It was vitally important that Celtic built upon Thursday’s Europa League triumph over Lille and they did exactly that today at Celtic Park with a comfortable 2-0 win over Kilmarnock.

Neil Lennon made just the two changes to the team that defeated Lille on Thursday, with Odsonne Edouard and Greg Taylor coming in to replace Laxalt and Klimala. Most fans would have been happy with the line-up as it consisted mostly of the team that won on Thursday, and these Bhoys earned the opportunity to start again after positive performances.

Another massive positive was seeing Mikey Johnston back amongst the squad as he made the bench and it was good to see him getting some minutes towards the end of the game after a long injury lay-off. It was vital that Celtic performed similarly to Thursday’s encounter. One surprise was not seeing Ewan Henderson amongst the squad as I thought he did more than enough to earn a place and some more opportunities to show what he can do. 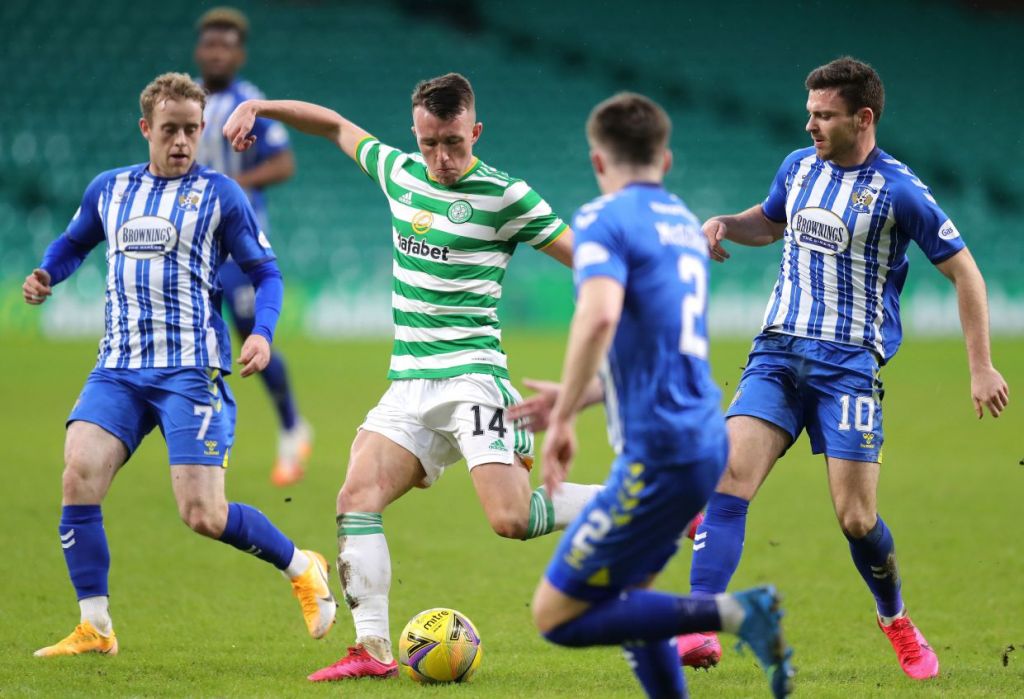 David Turbull was picking up some good spaces in the first half and was putting in some good deliveries to boot. A fine ball from Turbull’s set piece was headed by Jullien but Rogers tipped it over. A Greg Taylor penalty appeal was waved away by the referee and we also saw some nice combination and link-up play between Edouard and Turnbull.

Alan Power also seemed to be on his usual mission to injure a Celtic fan favourite, this Jeremie Frimpong was off the hook though as Power picked up a yellow card for a foul on Ismaila Soro. In all, the first half was an improvement on how Celtic have been playing prior to the Lille game. Kilmarnock were proving tough to break down so Celtic needed to up their game to get goals in the second half.

One thing I’ve noticed is that Jeremie Frimpong doesn’t seem to like going to the byline anymore, which I don’t understand as he has proven time and time again to be most effective when he does so.

Celtic started the second half off positively. Celtic were getting chance after chance but nothing was falling there way and they needed some sort of slice of luck. That slice of luck came after a Mohamed Elyounoussi shot was deflected into the back of the net off of a Killie defender. It was some very good work from Elyounoussi so he would feel very hard done to have the goal taken from him. 1-0 was still a nervy result so Celtic could use a few more goals. 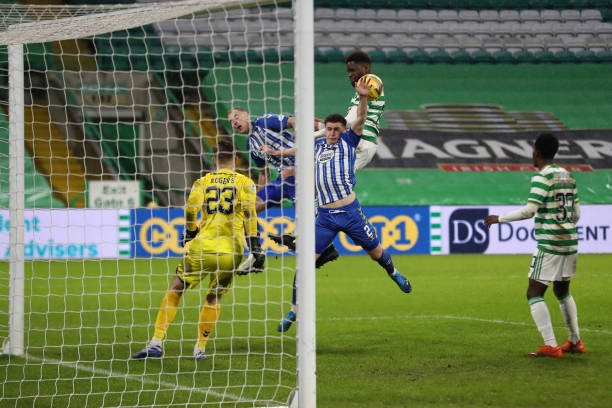 Another excellent delivery from David Turnbull from a corner was headed brilliantly into the back of the net by Shane Duffy. Shane Duffy looked a lot better today, he was brought into Celtic to deal with the physical strikers which Jullien struggles against and he did just that against Kabamba today. Seeing David Turnbull on the corner-kicks whilst Ryan Christie was on the park is a surefire sign that David Turnbull is taking over those duties.

Kilmarnock barely had a look in today, and credit has to go to the defenders. Jullien and Duffy were great from set-pieces and it will be interesting to see how the play together as the season goes on. Mikey Johnson coming back could prove to be vital as we’ve been crying out for a player to go past a player on two with James Forrest being out. The second half was much more like it than the first. We were hot out of the blocks, created a lot of chances and you always knew the goal was coming. We’ve started playing a lot more forward passes with Turnbull coming into the team and it is making us look quicker and more of a threat on the attack. The last two games need to be built upon as Celtic have a week off ahead of a historic Scottish Cup Final next week.