You are at:Home»Latest»A quick little left-back. He’s not going to defend like Danny McGrain, that’s not his game’

Tim Vickery is the go-to guy when it comes to South American football and when it comes to knowledge of the players in that region, he certainly knows his stuff. So, when Vickery gives new Celtic signing the seal of approval it’s an opinion well worth considering.

Vickery was speaking to BBC Sport after Bernabei was unveiled to the media yesterday, and after being stung in previously when a certain Rafael Scheidt signed on for Celtic, it would have been easy for Vickery to take a ‘wait and see’ approach as to whether another young South American could hit the ground running. 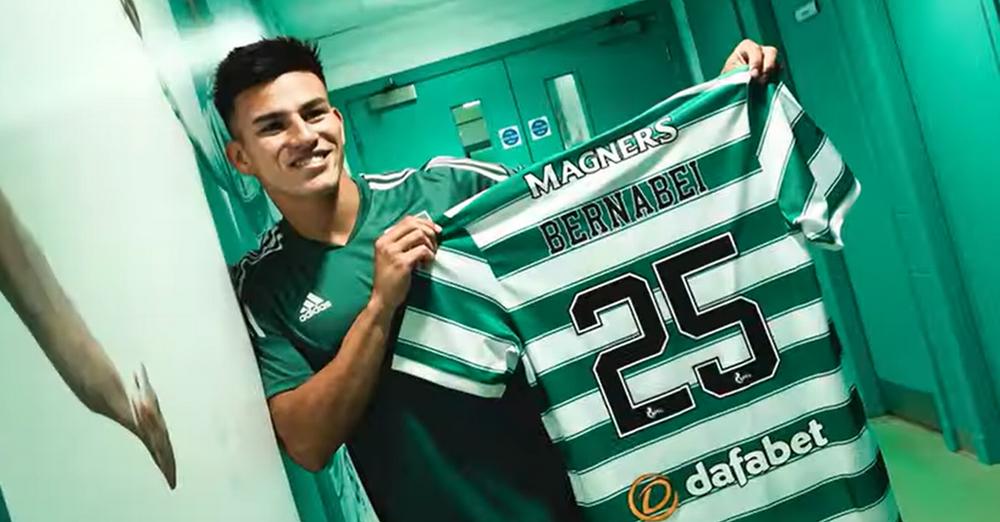 Instead, Vickery has been balanced in his assessment of the player, and feels Bernabei’s tactical strengths may well suit Celtic and the Ange Postecoglou playing philosophy very well indeed –

‘This is the first Argentine to sign for Celtic and hopefully it will work out better than a certain high-profile Brazilian. I was in London recently and someone presented me with a photo of Rafael Scheidt, who I thought would be a good signing and it didn’t turn out that way.’

‘Experience has taught me to be a little more cautious and he doesn’t have a great deal behind him, partly down to the pandemic – he had just got into the team at Lanus and then Argentine football shut down for a considerable time.’

‘What does he bring to Ange Postecoglou’s team? A quick little left-back. He’s not going to defend like Danny McGrain, that’s not his game.’

Morning all, welcome to July. Looking forward to seeing what young Bernabei can do, he looks like a fast, attacking full back but hopefully he can defend too when called upon. The rebuild goes on, exciting times ahead. pic.twitter.com/c0gDLXh1J6

‘What he does give you is terrific pace, with a lovely left foot, which can be very useful for set-pieces. I think there is an eye for a goal in him as well and a player who can get in at the far post and open up the pitch.’

‘What I didn’t factor in with Rafael Scheidt, who was in the Brazil team at the time, was how much higher up the field he would be expected to defend with Celtic.’

‘He will have to adapt to extra physicality. The Argentine league is physical, but you look at the players and they are smaller than most of the players he will face in Scotland, but what I’ve seen leads me to the conclusion that he has the potential to take this step and maybe steps beyond as well.’

‘The Champions League puts him in the spotlight. If Celtic weren’t there, I don’t think he would be there and perhaps there wouldn’t be the finance either.’

‘I was surprised to hear that this was the first Argentine to sign for Celtic and, if he succeeds, he won’t be the last.’

It will no doubt take Bernabei a little time to settle in Scotland and with Celtic, but the signs seem positive that Celtic have unearthed a talented young player in Alexandro Bernabei.

It was also interesting to note Vickey’s take that Champions’League group stage football may well have been a deciding factor when it came to the player choosing Celtic, and that certainly bodes well for future transfer targets during the summer transfer window.

💚"I didn't need to speak to anyone… I was going to come regardless."

Argentinian left-back Alexandro Bernabei reflects on his move to Celtic after signing a five-year deal with the Scottish Premiership champions 👇 pic.twitter.com/YTHgFwfZ1I

Considering all we get to see is You Tube clips of Bernabei in action for his former club, it’s encouraging to hear Vickery, as someone who will have viewed the player at close quarters, feels that not only will Bernabei be a good fit for Celtic, but that it could well be a signing that paves the way for others to follow the same route.

With Alexandro Bernabei announced yesterday and Jota signing on a permanent deal today, it seems like Stage 2 of the Ange Postecoglou rebuild at Celtic is starting to take shape, and Celtic certainly appear to be backing their man.