Many Celtic supporters were waiting on the Celtic Way today to pay their respects to Lisbon Lion Charlie Gallagher. After the Requiem Mass at St Dominic’s Church, Bishopbriggs, Charlie’s funeral cortege made the short journey to the east end of Glasgow as the Celtic legend returned to his beloved Paradise for one final occasion.

.@CelticFC fans pay their respects to #CelticFC Great Charlie Gallagher, as the funeral cortège passes Celtic Park this morning. Charlie was an integral part of the squad that lifted the European Cup in 1967. #LisbonLions@TheScotsman pic.twitter.com/UfA1MEchH8

The cortege stopped in front of the stadium, where club captain Callum McGregor, David Turnbull and Greg Taylor, joined the Celtic Supporters in applauding a Celtic great and a fine man who gave so much to our club during his illustrious playing career, and who remained a Celtic supporter, attending games until ill-health prevented him from doing so over the past few years. 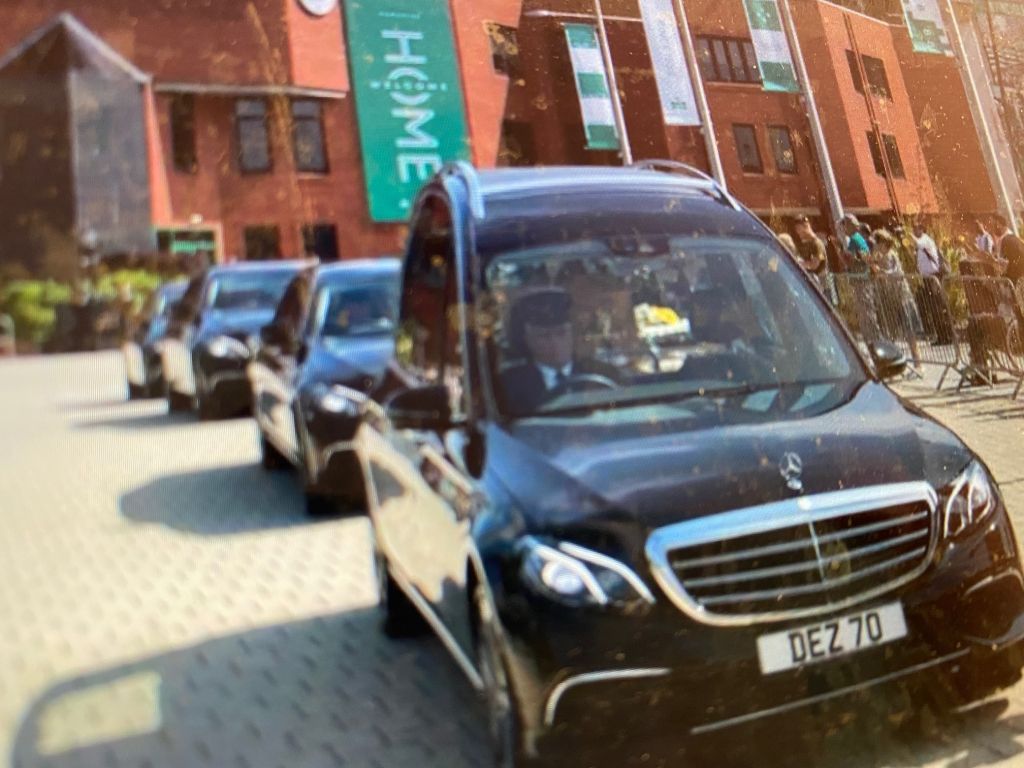 Paul Cuddihy, like myself a friend of the Gallagher family, summed up Charlie’s playing career in the Hoops. “Charlie Gallagher made 171 appearances for Celtic between 1959 and ’70, scoring 32 goals, and was part of the Lisbon Lions squad that swept all before them in Scotland and Europe in that historic 1966/67 season. Charlie also had the distinction of being the first Scottish-born player to represent the Republic of Ireland,” the Celtic View editor noted. 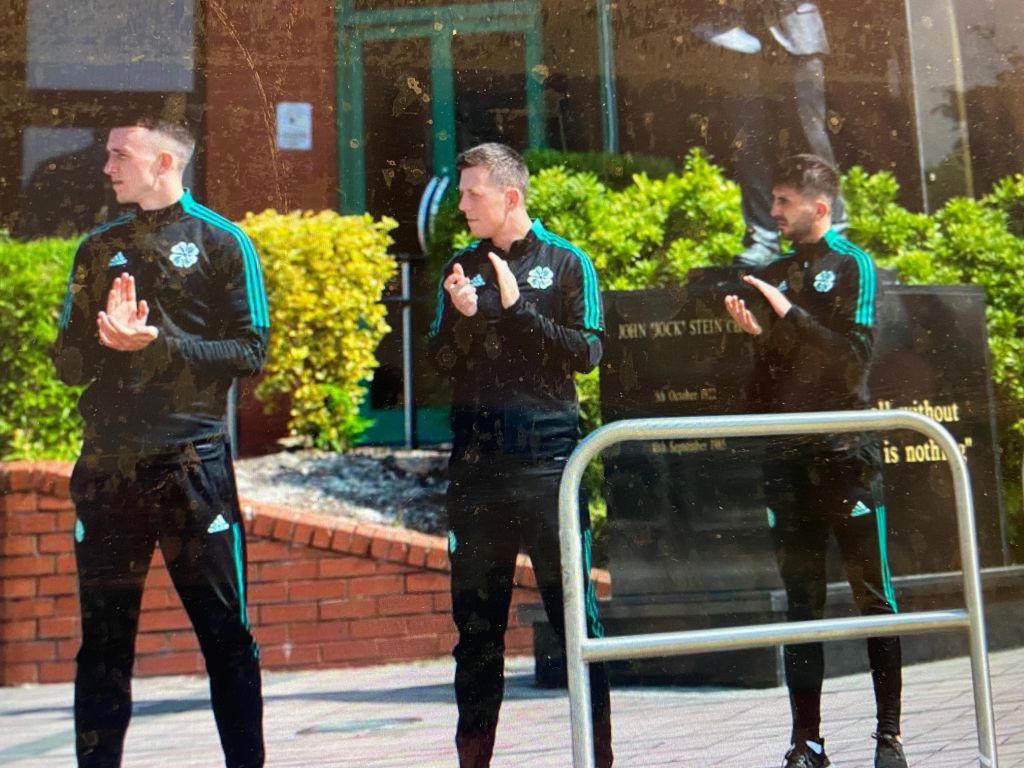 This short summary can’t tell the full story of Charlie Gallagher, a very special Celtic player who contributed greatly to two of the most important victories in our club’s history. David Potter, who wrote Charlie’s biography ‘Charlie Gallagher? What a Player! in 2016 is currently taking us through the remarkable life of Charlie Gallagher on The Celtic Star, more to follow on that later today.

Charlie passed away last week at the age of 80 after a short illness. We join Celtic Supporters everywhere in sending our condolences to Charlie’s wife Mary and the entire Gallagher family family at this profoundly sad time.

Sleep well Charlie and thanks again for wearing the Hoops with such distinction. Charlie Gallagher? What a Player!

Previous ArticleMcGregor reflects on captaincy pride, but insists his focus is on return leg
Next Article Former Celtic midfielder claims Celtic could have made ‘The 10’ had they done one thing…