You are at:Home»Latest»A Thank You from the Green Brigade to Celtic Supporters

The Green Brigade played a huge part in making Sunday’s Flag Day even more extra-special and via the North Curve twitter account the supporters group have thanked the wider support for rallying round to fund the displays planned for this season. And they also detailed the amount of time and money that was spent on Sunday’s stadium wide tifo at Paradise and these fascinating images tell the story of the process from start to finish. 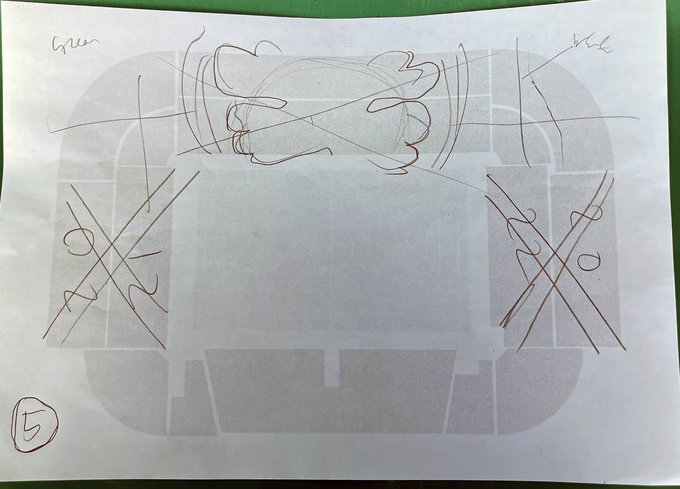 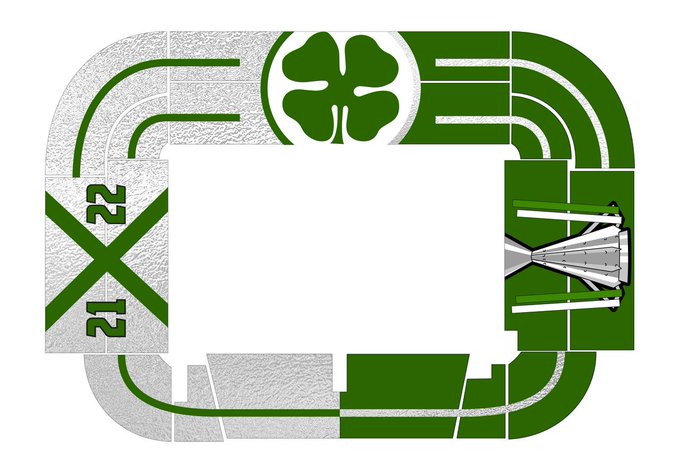 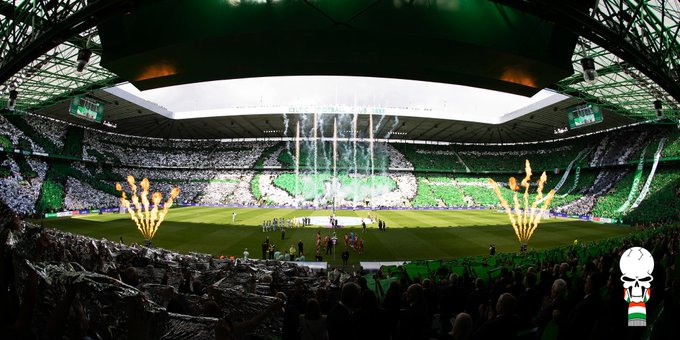 Today’s statement from the Green Brigade reads as follows:

“On Sunday, the Celtic support rallied together to produce a spectacle to celebrate last season’s triumph and inspire the team to repeat that success this season. The tifo was funded by the Celtic support and cost a total of £22,227.66.

“It was planned and designed by the Green Brigade and together with members of North Curve Celtic, around 38 hours was spent setting up the tifo across seven days.

“This season the Green Brigade launched a tifo fund to help finance bigger and better tifos at Celtic Park, which includes at least two full stadium tifos. Currently the accumulative total sits at £26,866. The total Green Brigade spend for the season so far is £24,890.15.

“We want to thank everyone who has donated so far. You have made our efforts possible, and we hope that through your continued backing we can keep producing memorable tifos for the team and support.

“Should you wish to donate to these efforts, this fund will remain open throughout the season and we will update the page periodically to reflect spend.” 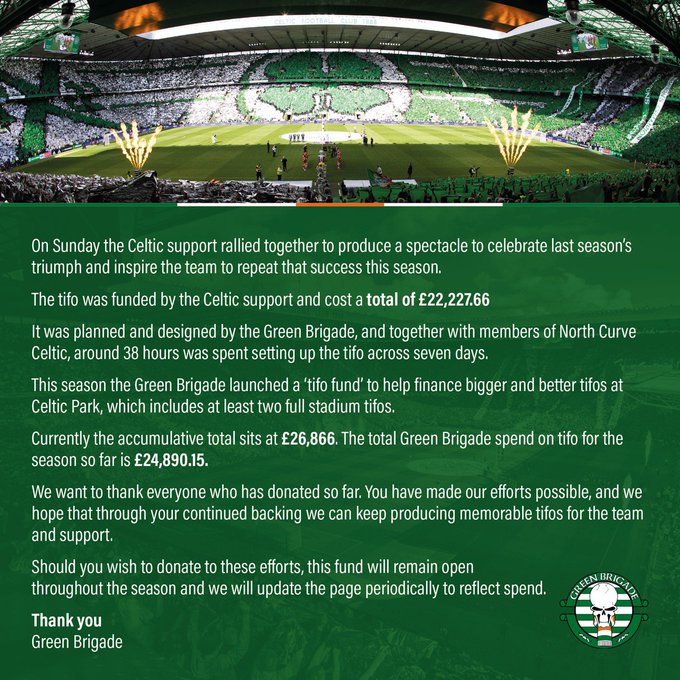 A thank you from the Green Brigade.

Please note that the donate page is still live and the Green brigade welcome additional donations, having set the target at £30,000. If you’d like to contribute you can do so HERE.

“If they’re available, then we’ll move for them”, Ange on squad additions
“If this transpires then it’s a remarkable deal for Sky”. “From a business POV, it’s madness”
The Celtic Graves Society to Commemorate former Celtic player and director Mick Dunbar
Previous ArticleJohn Hughes Remembered, Yogi’s Bar Coatbridge, The Bhoys from St Pats
Next Article Celtic v Hearts pushed back, Tannadice sell-out, empty seats at Ross County and Kilmarnock