You are at:Home»Latest»‘A year ago this weekend, James Forrest dragged Celtic out the doldrums,’ Niall J

ON the back of a fine European result against Cluj played out to a full house at Celtic Park, Neil Lennon’s Bhoys head back to league business against Livingston Sunday lunchtime. This season the Hoops are flying. Undefeated domestically and with only one defeat in Europe Neil Lennon, has Celtic brimming with confidence.

This time last year was another story. The confidence from a Glasgow derby win where Olivier Ntcham scored the only goal in possibly the most one sided 1-0 win you are ever likely to see, had started to evaporate. Defeats away to Hearts in August, Kilmarnock in September and a goalless draw at St Mirren had led to questions being asked of Brendan Rodgers management for the first time at the beginning of the 2018/2019 season.

The European results hadn’t helped and with a lot of discontent behind the scenes during the transfer window there were real concerns the wheels were coming off. 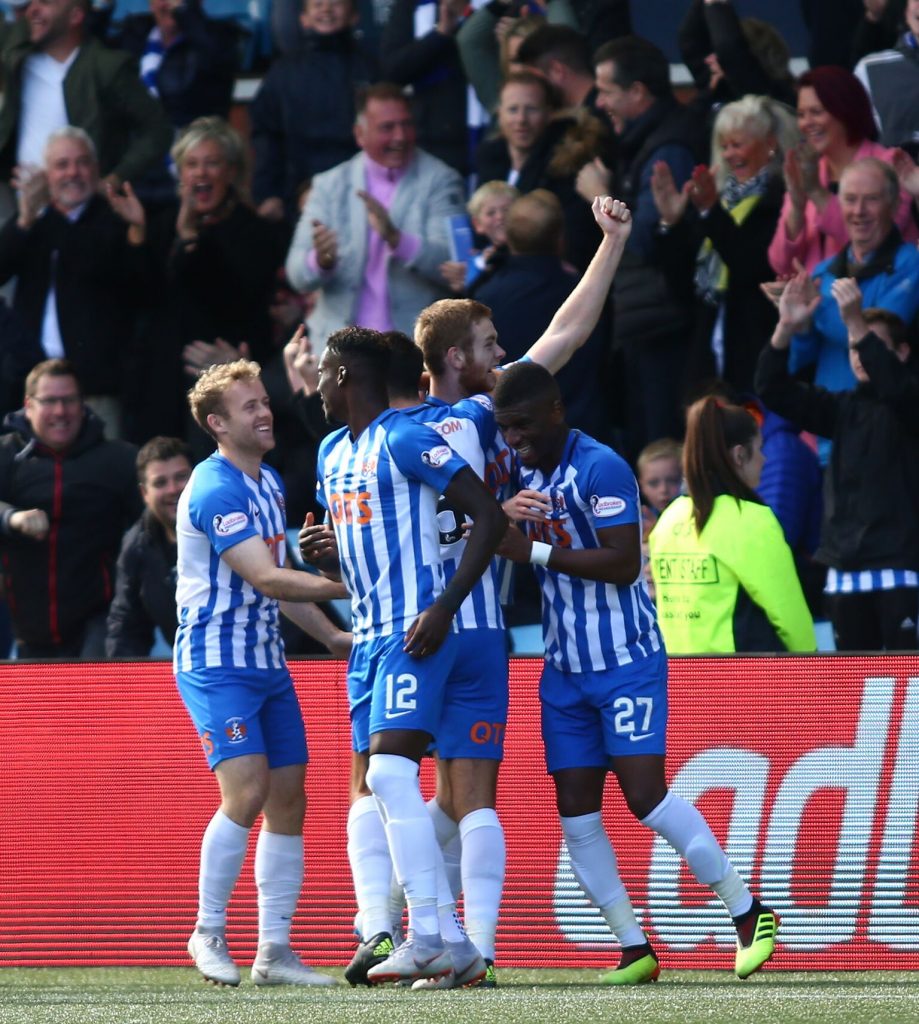 Celtic had exited the Champions league qualifiers at the 3rd qualifying round. They had dropped into the Europa league when a 1-1 home draw was followed by a 2-1 defeat to AEK Athens and Champions league elimination. Rumours of broken promises had seen Moussa Dembele make a last minute flit to Lyon, making parting shots aplenty as he went and we had the embarrassing allegations that Dedryck Boyata was refusing to play, something he still vehemently refutes. All was not well.

Celtic moved into October hoping the inconsistency and controversy of August and September could be moved aside with the start of the Europa League campaign, and The Celts could build up a head of steam. 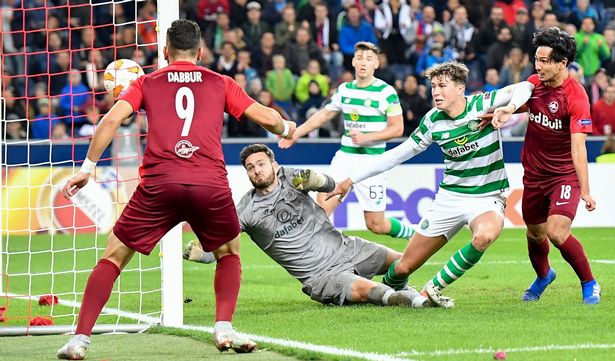 The month started with a tough trip to play Red Bull Salzburg of Austria. Celtic had been drawn in a group consisting of both Red Bull franchises alongside Leipzig and rumours of a fit up were murmured. The Celts other group contenders consisted of the overly familiar faces of Rosenberg. At least the German and Austrian clubs added a bit of glamour.

The Celts hopes of starting the month with a confidence building European win took a hit in Salzburg. A first half of hope saw an early goal from record signing Odsonne Edouard and the Hoops led at the break. No-one was getting carried away but we momentarily dared to dream. That hope was dispelled by a ruthless second half comeback from Salzburg. 3 second half goals from Dabbur with two and Minamino saw the Celts deservedly beaten.

And so the first domestic fixture saw a Celtic side reportedly lacking in confidence heading to McDiarmid Park to face a St Johnstone side with a reputation for defensive discipline and stuffiness. It wasn’t going to be easy. The Celts had only just managed to sneak League Cup progression courtesy of a late Leigh Griffiths strike at the same venue only eleven days previously, we also hadn’t won away from home in the Premiership all season. The press vultures were circling. There wasn’t a Celtic fan anywhere who wouldn’t have taken any sort of win in Perth. Just the points please by fair means or foul. Step forward James Forrest. 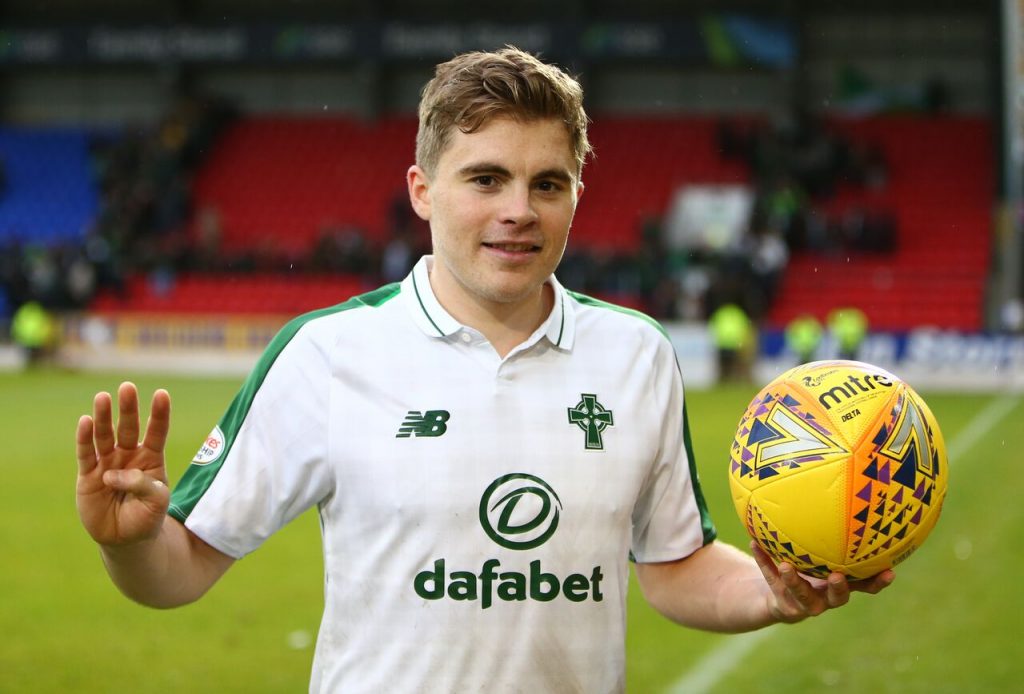 Celtic lined up that day:

For the first five minutes of this game, St Johnstone looked capable of causing an upset. For the remaining 80, they were completely blown away by a Celtic side back to their irresistible best and a certain Mr Forrest in particular.

From Kick Off and through the first five to ten minutes, St Johnstone looked like they may add to Celtic woes. Pencils were sharpened in the press box. Then stepped up James Forrest. The winger had been sent off in the Europa League defeat in Salzburg on the Thursday, on this occasion he tormented and terrorised the Saints and was as sharp in front of goal as he’s ever been at any stage in a Celtic shirt. 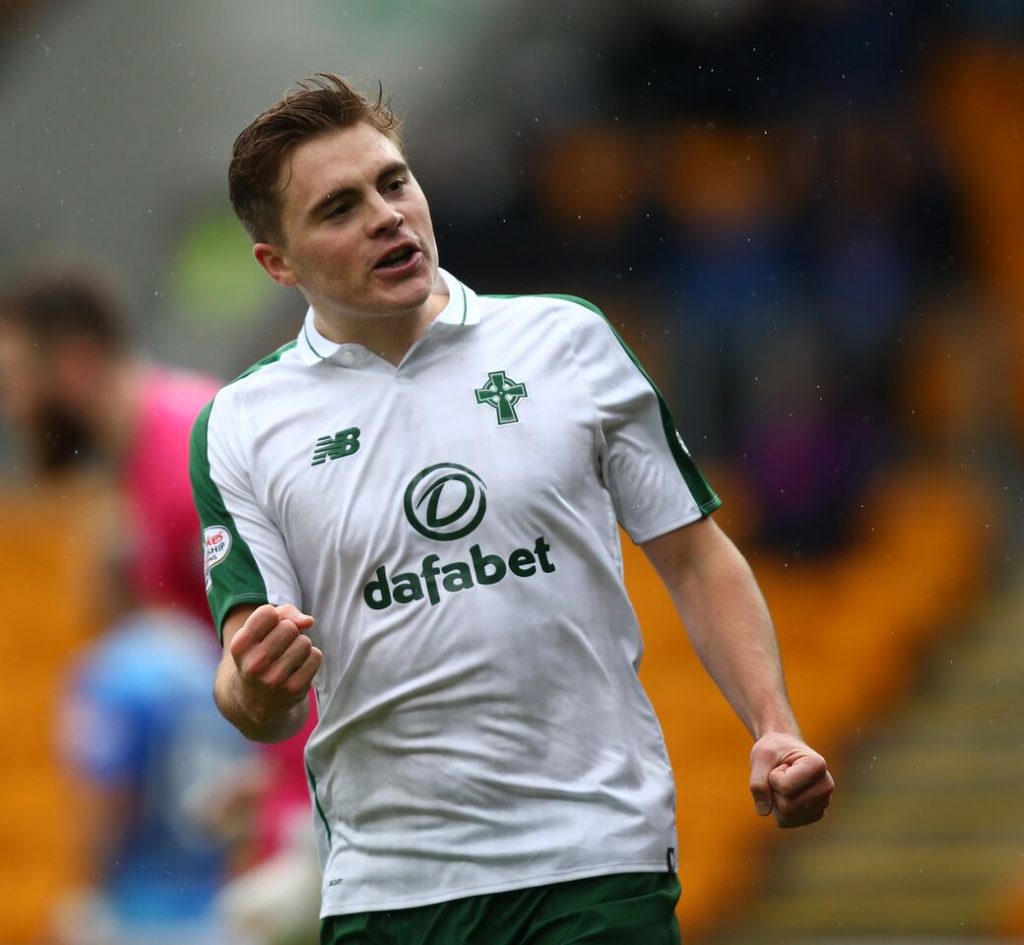 He scored four goals in 30 first-half minutes as Celtic drove on to their first away Scottish Premiership win. In fact to this point Forrest had never scored more than eight league goals in a season, but somehow managed to net four in half an hour in Perth. He became the first Celtic player to score four in an away game since Maciej Zurawski against Dunfermline in February 2006.

Celtic thumped the Perth Saints 6-0. McGregor and Edouard added further second half goals after Danny Swanson was sent off for St Johnstone for a brutal tackle on Jamesy. They just couldn’t live with him that day. With Hearts losing to Rangers at Ibrox, it moved Brendan Rodgers’ champions to within three points of the then league leaders.

It was a corner turned and confidence grew for a side who would once again go on to a domestic clean sweep.

For Forrest he’s never looked back. It was the start of his greatest ever season in a Celtic shirt culminating in the prize he craved above all others. That of the Celtic Star Player of the Year. Rumour has it he had to be talked out of retiring when the news broke. It’s hard to motivate yourself after all when the pinnacle of a Celtic career has been reached.

Brendan Rodgers was quoted post-match, as reported on The Celtic Star, on both the team performance and that of James Forrest.

“We’re getting better step by step and getting more fluency into our performance. Today was an outstanding team performance. It starts with our pressing. If you press well, you pass well. Too many times this season we’ve not pressed well enough.

“It was great for James and it marked off a challenging week for him. He’s shown, not just in Scotland, his quality and ability and his finishing. It was an outstanding individual performance.” 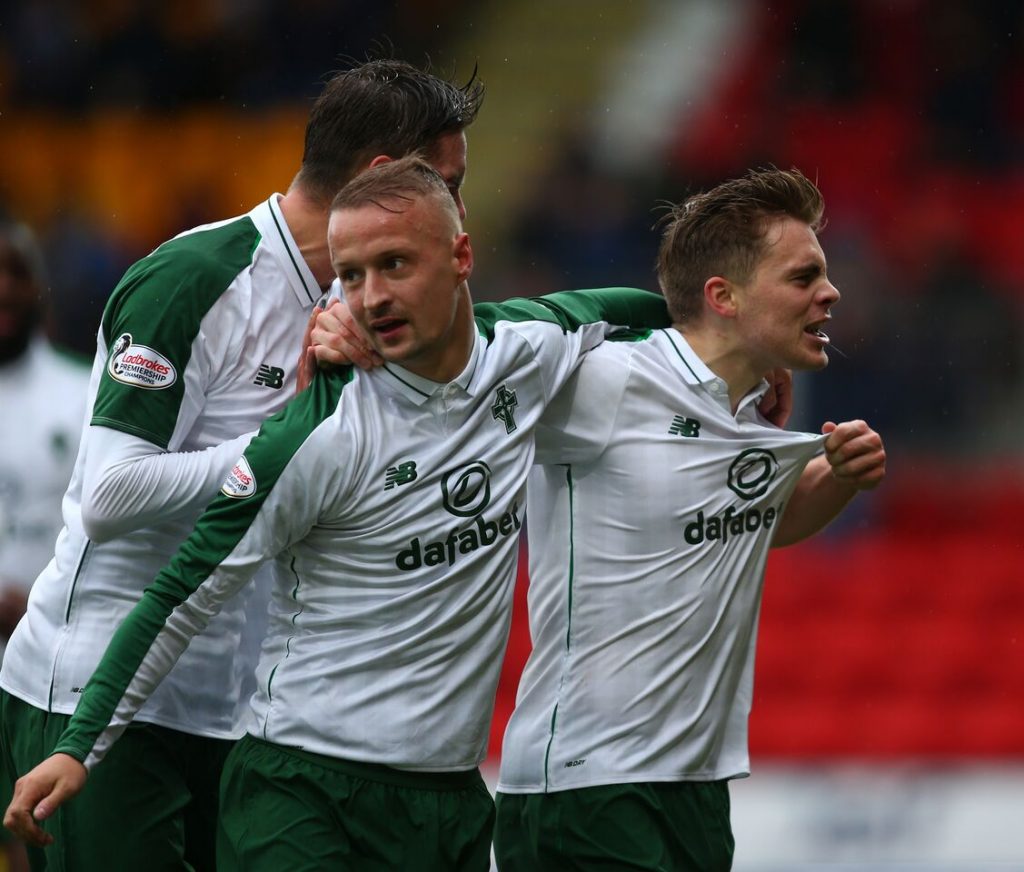 James Forrest is about to start a period in the limelight with a book launch and a testimonial year ahead. Something he may well be uncomfortable with. He’s always been a quiet and unassuming lad. The trappings of fame and fortune don’t appear to have influenced him at all. He simply loves Celtic.

Anyone who saw his press conference appearance yesterday would have seen the lad only has eyes for his club. He had a stop-start opening to his Celtic career, mainly due to a series of injuries. He was even nearly moved on at one stage, but won back his place and blossomed under the tutoring of Brendan Rodgers. He hasn’t let up either and at 28 it’s scary to think the next couple of years will probably see his peak.

A year ago this weekend, James Forrest dragged Celtic out the doldrums and set them on their way to the Treble Treble. Cometh the hour, cometh the man as the saying goes. At McDiarmid Park last October, Forrest stood up and excelled. In fact James Forrest has been excelling for four years. This year will see him get the attention he deserves whether he likes it or not.

James Forrest is a one club man. Just don’t make a fuss about it.

Previous ArticleOur ‘Homegrown Hero’ is also an Unsung Hero – even Boyata had a song!
Next Article Irish Passport – A Rangers fan’s Insight and a valuable update from a Celtic supporter