You are at:Home»Celtic Women»Aberdeen 0-3 Celtic – Larisey, Jacynta and Clifford get the job done, the hard way

The top three in the SWPL1 all made it six wins from six this afternoon with Glasgow City and theRangers securing home wins over Heart (2-0) and Motherwell (4-0) respectively while up at the Balmoral Stadium, Celtic eventually got the better of Aberdeen by a 3-0 margin.

Fran Alonso’s side just had one goal from Clarissa Larisey to show for dominating the first half, the Canadian striker missed a penalty in the early stages and both her and Jacynta hit the woodwork, as Aberdeen somehow kept their interest in the game alive despite wave after wave of Celtic attacks.

And it took a quick-fire double strike late in the second half with Jacynta making sure of the points with a quarter of an hour remaining and Lucy Ashworth-Clifford adding a third a minute later. That at least put a more realistic reflection on the way Celtic dominated the match but you suspect that Fran Alonso will be concerned about the side’s wastefulness inside the final third for the second week in a row.

At 1-0 there was always the risk of a sucker-punch and dropping two points in the title race at this stage would have bene a huge blow. So that crucual second goal would have been met by a huge collective sigh of relief for the Celtic players and management.

Next up for Celtic is Partick Thistle in the League Cup next Sunday before taking on the two newly promoted sides Glasgow Women on Sunday 16 October and Dundee United on Wednesday 19 October, for the match recently postponed due to the death of the Queen.

Glasgow Women are quite frankly well out of their depth at this level, they lost 8-1 to Partick Thistle today and the reason free-scoring Celtic are trailing theRangers in the league on gaol difference is that they have played Glasgow Women on the opening day of the seaosn and won 14-0.

Our Celtic strikers – Larisey, Jacynta, Fergusson and Gallacher – should have plenty of opportunity to add to their season totals in this game and possibly achieve the highest ever score in the club’s history.

It was a job well done this afternoon and it finished Aberdeen 0 Celtic FC Women 3. 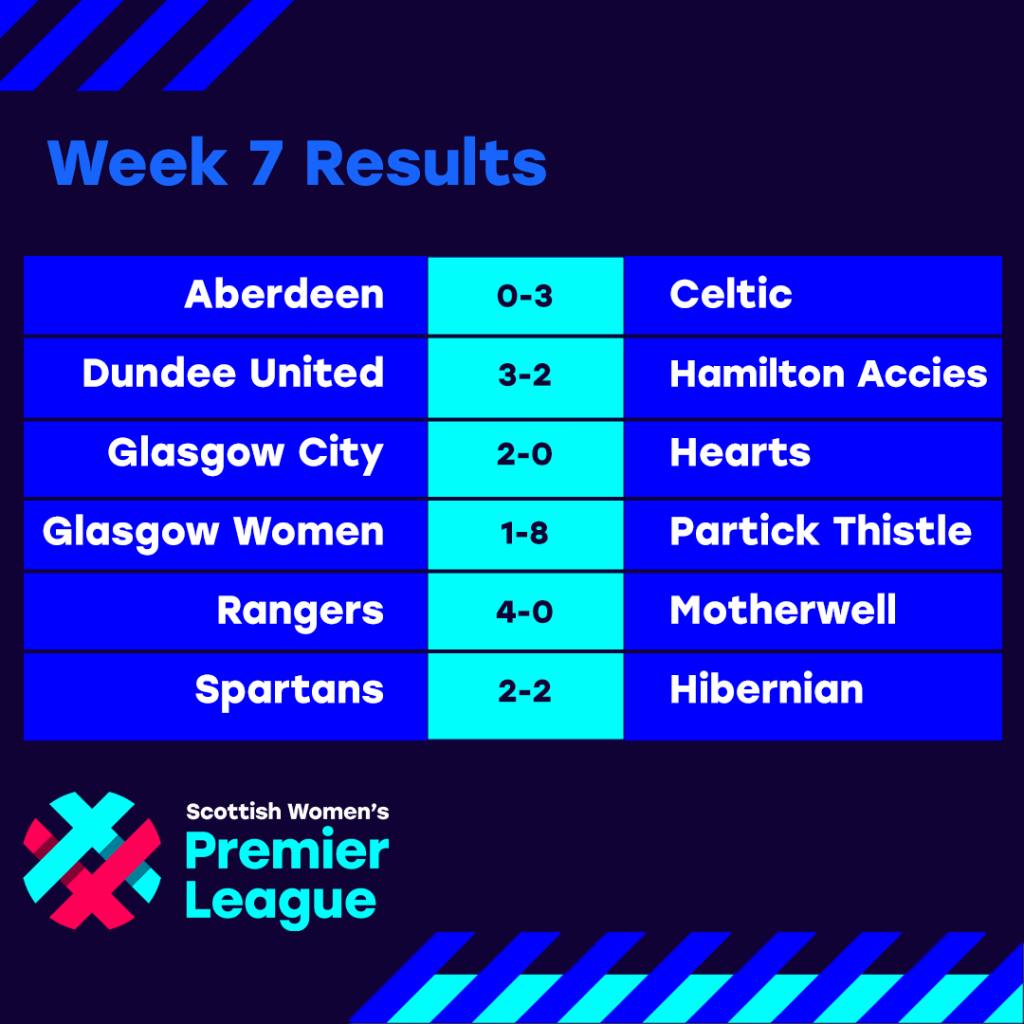 A big three points for @ThistleWFC moves them 5⃣ points from bottom. pic.twitter.com/WKt3xjQLXF