You are at:Home»Latest»Aberdeen hold discussions with Celtic over Ryan Christie permanent transfer

ABERDEEN manager Derek McInnes has revealed that hr wants to sign on loan Celtic midfielder Ryan Christie on a permanent deal this summer, when his season long loan spell ends.

Last summer Aberdeen played financial hard-ball with Celtic over the transfer fee for Jonny Hayes, and eventually Celtic paid £1.2million for the winger who was desperate to move to Parkhead.

It would take an offer well into the millions for McInnes’ club to get close to the likely valuation Celtic would have for the midfielder, who the Aberdeen boss has described as his best player. 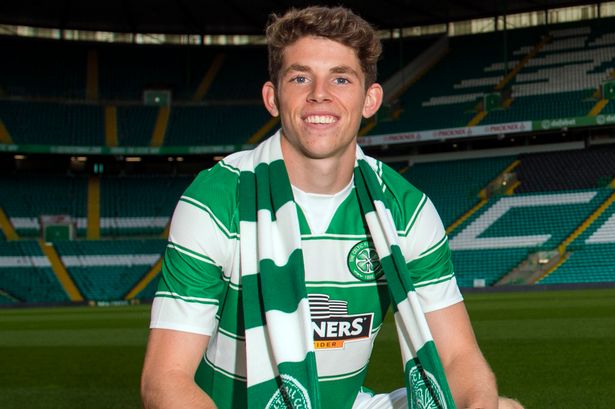 And while Hayes was desperate to move to Glasgow, there are no signs that Christie has given up his own ambitions of making it as a first team regular at Celtic Park.

Celtic paid £500,000 to Inverness to sign Christie and the 23 year old will have a year left on his contract when he returns at the end of the season.

McInnes has sounded out Celtic and has revealed that he has held discussions with the Champions as he looks to sign Christie on a permanent contract – that of course would allow him to play against Celtic and give McInnes more options as he tries to end his own personal losing record against the Hoops.

“The plan is for Ryan to go back to Celtic at the end of the season but if we are told any different to that then of course I would like the opportunity to work with him again,’ McInnes stated.

“It is Celtic and Ryan’s call if I am being honest.

“He has been a brilliant addition to us in his loan spells.”

On his own ten in a row hellish record against Celtic, McInnes had this to say:

“We are being criticised for not beating Celtic which has been the case over the last couple of seasons.

“Then so be it because we don’t really have a lot to defend ourselves with because the results are results.

“I thought the team performed very well, put everything in it and never quite got the result and the criticism has come.

“We can’t be affected by the noise of a good run and people getting a bit giddy or a losing run when there is criticism.”

Previous Article‘You’re unlikely to remember this but on this day in 1995 Celtic played Real Madrid,’ Jim Craig
Next Article Celtic Injury list update: Boyata back for trip to Ibrox, Armstrong out for a month, Leigh’s season could be over