Anthony Ralston has been included in the SPFL Team of the Week after his performance against Ross County at Celtic Park on Saturday afternoon. The right-back was called into the starting XI by manager Ange Postecoglou, replacing Croatian international, Josip Juranovic.

Ralston certainly had a good game and made some vital interceptions along with his typical all-action style, and he was praised afterwards by Ange Postecoglou who reckoned that the home grown Celtic right-back was ‘absolutely outstanding’ against Ross County. No doubt his physicality was one of the main reasons for him stating ahead of Juranovic at the weekend. Throughout the game County were physical and left the boot in on more than one occasion. 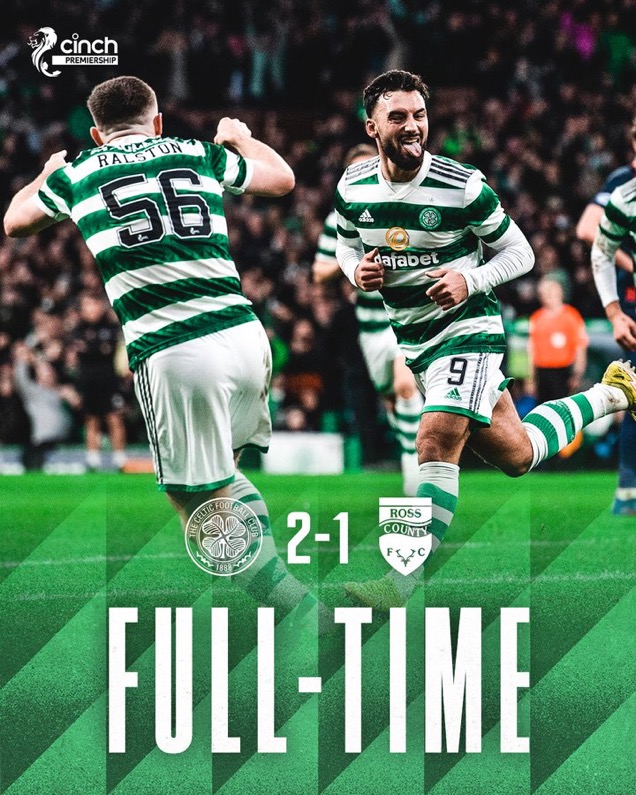 Despite the anti-football from Malky McKay and his team, the Hoops overcame yet another tricky obstacle to move nine points clear of theRangers heading into the World Cup break. Anthony deservedly has taken the plaudits for his display, but the question is: where is the rest of the team?

🌟 @albionrovers‘ @charliereilly_1 has been named as Star Man in the SPFL #TOTW!