You are at:Home»Latest»Adios, after a ‘difficult season’ Paddy Roberts leaves Girona, hopefully for Paradise

PADDY ROBERTS has said his goodbyes to Girona after a disappointing season long loan at the Spanish side. He now returns to Manchester City where he will be going into the final year of his contract.

It is highly unlikely that the former Celtic fans’ favourite will have any future at the English Treble Winners and the time might be right for him to secure a permanent move back to Paradise. 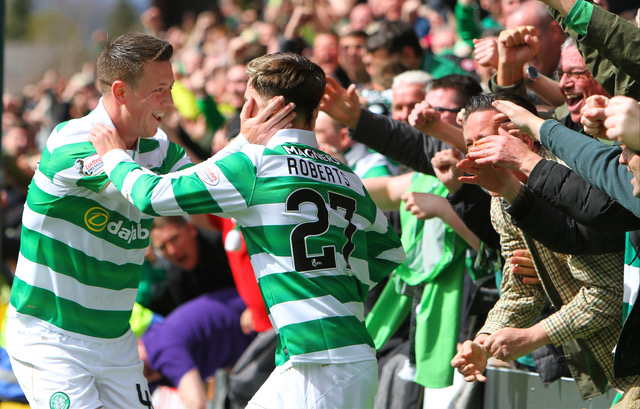 Celtic did bid £10million for Roberts at the end of the Invincible season and the deal was almost agreed before Pep Guardiola intervened and changed the deal to a loan move. But that wasn’t as successful as his first year at Celtic, mostly due to two injuries and Roberts returned to City only to be shipped out to Girona for another loan.

With that not working out well either Roberts will be desperate to get back to playing regularly and enjoying his football and that could mean a move back to Glasgow – at a much more realistic price – could be on the cards.

Celtic don’t currently have a permanent manager but that wouldn’t stop Peter Lawwell acting on his own initiative. 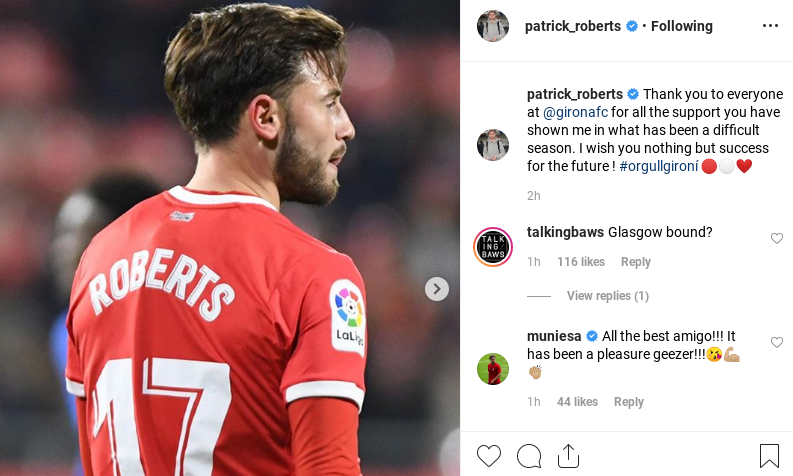 “Thank you to everyone @gironafc for all the support you have shown me in what has been a difficult season.

“I wish you nothing but success for the future!” Paddy’s farewell message said. 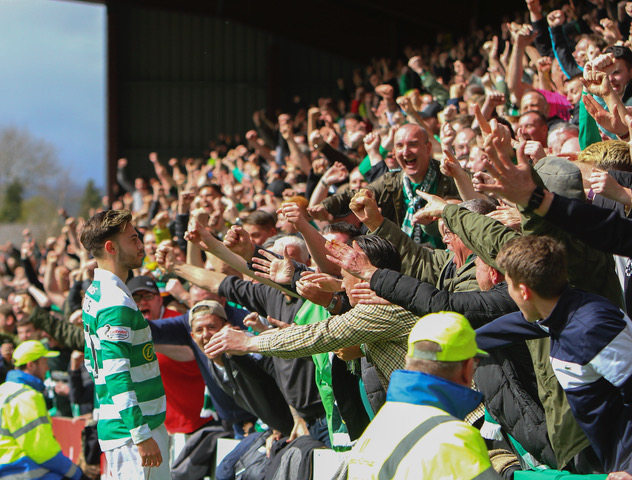 Previous Article‘Tremendous’ Lenny, ‘came in at a difficult time’ and has ‘done really well,’ Forrest
Next Article New Posts in Paradise – Alfredo Morelos could have won 3 points with these!