We expected two, hoped for three but in the end it turned out to be a frustrating Friday although as the saying goes good things come to this who wait.

When Alexandro Bernabei  in Glasgow on Friday morning it looked like the day was going according to plan as  the 21 year-old Argentinian wing-back emerged from Arrivals at Glasgow Airport to get his first photographs taken with Celtic supporters.

That turned out to be as good as it got. Anyone who has read the book will know that Phileas Fogg thought he’d lost his travelling bet only for his butler to tell him that he’d got his days wrong as he’d gained a day due to travelling round the world. So he made it to – by the skin of his teeth mind you – amid widespread rejoicing. Our own globe-jota seems to be following a similar script but again all’s well that ends well. 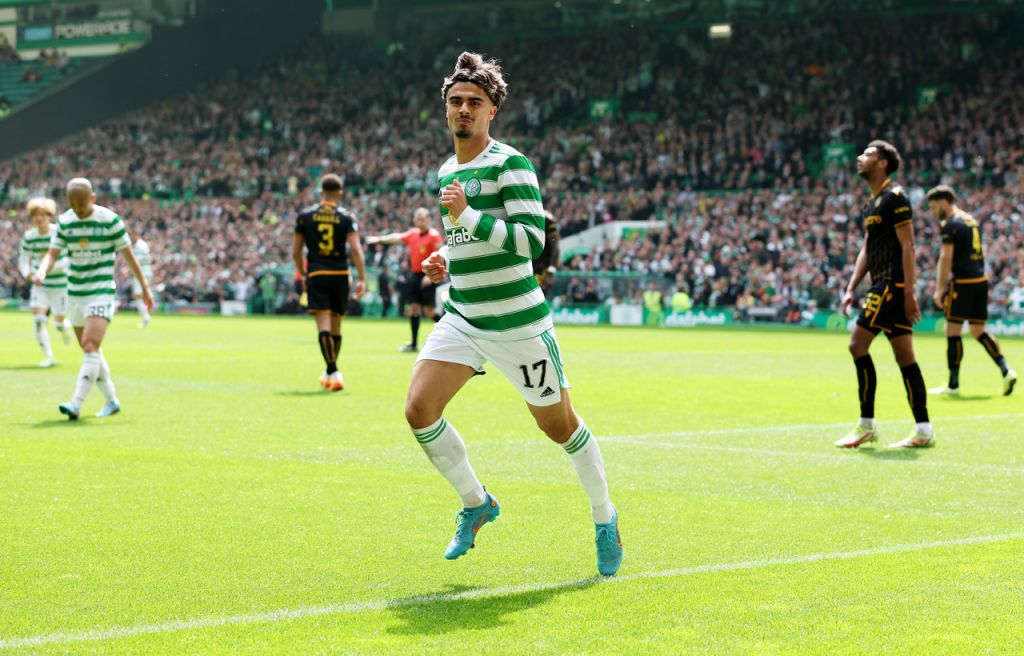 And the third candidate, the Lomel SK Brazilian midfielder Vinicius Souza does not look like he’ll be going to Turkey and remains a player of considerable interest to Ange Postecoglou. Not sure if the Brazilian has had the Ange telephone call yet but usually it only takes about fives minutes…fingers remain crossed.

‘Alexandro Bernabei is due to undergo his medical at Celtic this weekend, before signing a long-term contract. The deal with Lanus is £3.75m, with a 10% sell-on clause.

Bernabei and Jota are expected to be with the Celtic squad travelling to Austria for pre-season in July,’ Sky Sports reporter Anthony Joseph stated this morning. And the Gastro Celtic account makes a point worth throwing into the mix regarding the delay being related to avoiding the suspension being carried over from Bernabei’s sending off in his last game for Lanus.

Stretching the Bernabei deal out so his ban can’t be carried over no doubt. Wouldn’t put it past the SFA to find a way to add some extra games on to the ban mind…

If he is still officially a Lanus player while they play their next couple of games, then technically he has served his ban. That's my understanding of the FIFA rules anyway.

‘Lommel SK have rejected a £4.3m bid from Fenerbahce for in-demand defensive midfielder Vinicius Souza. They’d prefer not to sell the Brazilian but value him at £8m.

A host of clubs including Celtic, Ajax, PSV, Bologna and Club Brugge are still interested in a loan.’ 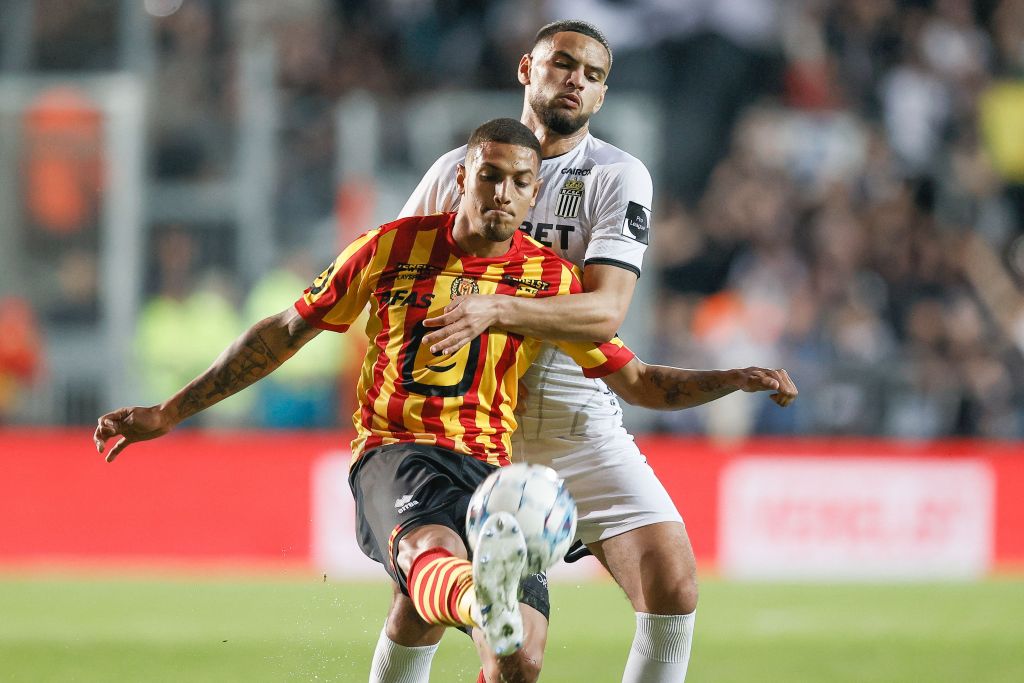 Mechelen’s Vinicius Souza and Charleroi’s Adem Zorgane fight for the ball during a soccer match between KV Mechelen and Sporting Charleroi, Saturday 23 April 2022, in Mechelen. (Photo by BRUNO FAHY/BELGA MAG/AFP via Getty Images)

They’d prefer not to sell the Brazilian but value him at £8m.

A host of clubs including Celtic, Ajax, PSV, Bologna and Club Brugge are still interested in a loan. https://t.co/6rkUfJPqrj

So in summary expect Alexandro Bernabei signing and Phileas Fogg returning presumably still wearing his Hoops – maybe he needs a butler too.  Souza can only be described as hopeful, no more.

The Celtic Graves Society to Commemorate former Celtic player and director Mick Dunbar
So just who were the Class of ‘55? Matt McVittie’s Celtic Story
John Hughes Tribute – Celtic did what Muhammad Ali had done and “shook up the world”
Previous Article“I met Shunsuke Nakamura during my holidays,” star-struck Reo Hatate
Next Article Juranovic’s value can soar with Champions League and World Cup exposure