You are at:Home»Latest»‘AIK will not stand for any form of racism,’ says club official after Celtic players targeted

SWEDEN’S Champions AIK have today announced that they have extended their investigation into the sickening racist abuse that some in their home support hurled at Celtic stars Odsonne Edouard and Boli Bolingoli in last Thursday’s Europan League Play-off second leg at their Friends Arena in Stockholm.

The racist insults came to light when Celtic TV released a Unique Camera Angle video from the game, without realising that the sound on the footage had captured this disgusting racism. Celtic immediately withdrew with video.

The racist abuse happened as the Celtic players celebrated their fourth goal in the impressive 4-1 win that secured a place in the Europa League Group stages for the Scottish Champions and ended AIK’s involvement in European football for this season.

Celtic stated that they would investigate the racist incident themselves.”We are investigating this matter fully,” the club stated. 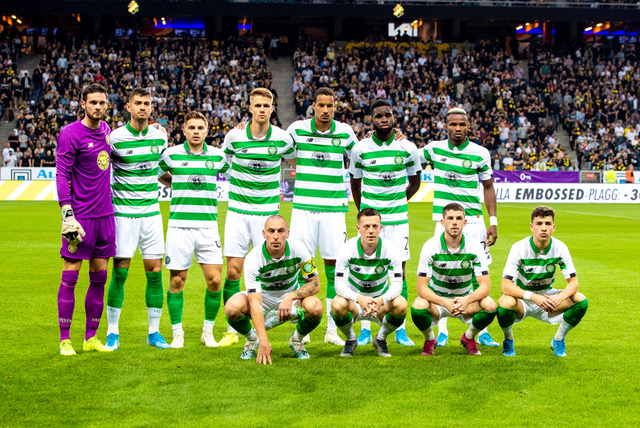 Rather surprisingly UEFA did not bring charges against AIK relating to this racist incident, although have charged both AIK and Celtic for different incidents, involving the crowd trouble and the setting off of flares.

“We have done a full internal investigation as to what has or has not happened in relation to this incident. There are still people we want to interview who have been away, so we are extending it.

“When we conclude this investigation, the club will act accordingly. But we wish to make it very clear AIK will not stand for any form of racism,” Andersson said, as reported by Scottish Sun.

Previous ArticleLatest Injury Blow for Celtic – Lithuania send injured Shved back to Lennoxtown
Next Article ‘I’m an attacking full-back and an energetic player,’ says Moritz Bauer, ‘my dynamics are pace and power’