With a new season on the horizon and with points to prove, every player possible in the Celtic squad will be looking to make a mark on Ange Postecoglou’s mind. Some players are almost guaranteed a spot in the starting XI; Kristoffer Ajer and Odsonne Edouard are two if they end up staying at Celtic Park, whilst you would imagine Callum McGregor and David Turnbull waltz their way into the midfield starting berths. However for some, there is a battle to make their way into the 11 – and that goes for Albian Ajeti.

The Swiss striker, 24, didn’t have anywhere near the impact he would have wanted last season, but having endured a so-far strong pre-season with two goals in two games, the Basel-born talisman is looking to force his way into Ange’s plans for the upcoming campaign.

Speaking to Celtic TV, Ajeti said: “At the start of a new season, you want to score as early as possible and I had a great start with two goals in two games, but the most important thing for me is to get to the level, to get the legs going and to keep myself as fit as possible and to get better and improve.”

We’ve been successful in our first two friendly games and everybody is happy to be on the pitch.

“Especially now with the new manager and the way he wants to play football, there is a lot of pressing and a lot of running, and strikers are the first players to press, to get a chance to win the ball, and that means he’s expecting a lot of work from us, which is good, and I’m looking forward to it. We’ve already done a lot of good work.

“That started from the first day, when it was very hard, and we’ve just kept working hard since then. We’ve been successful in our first two friendly games and everybody is happy to be on the pitch.” 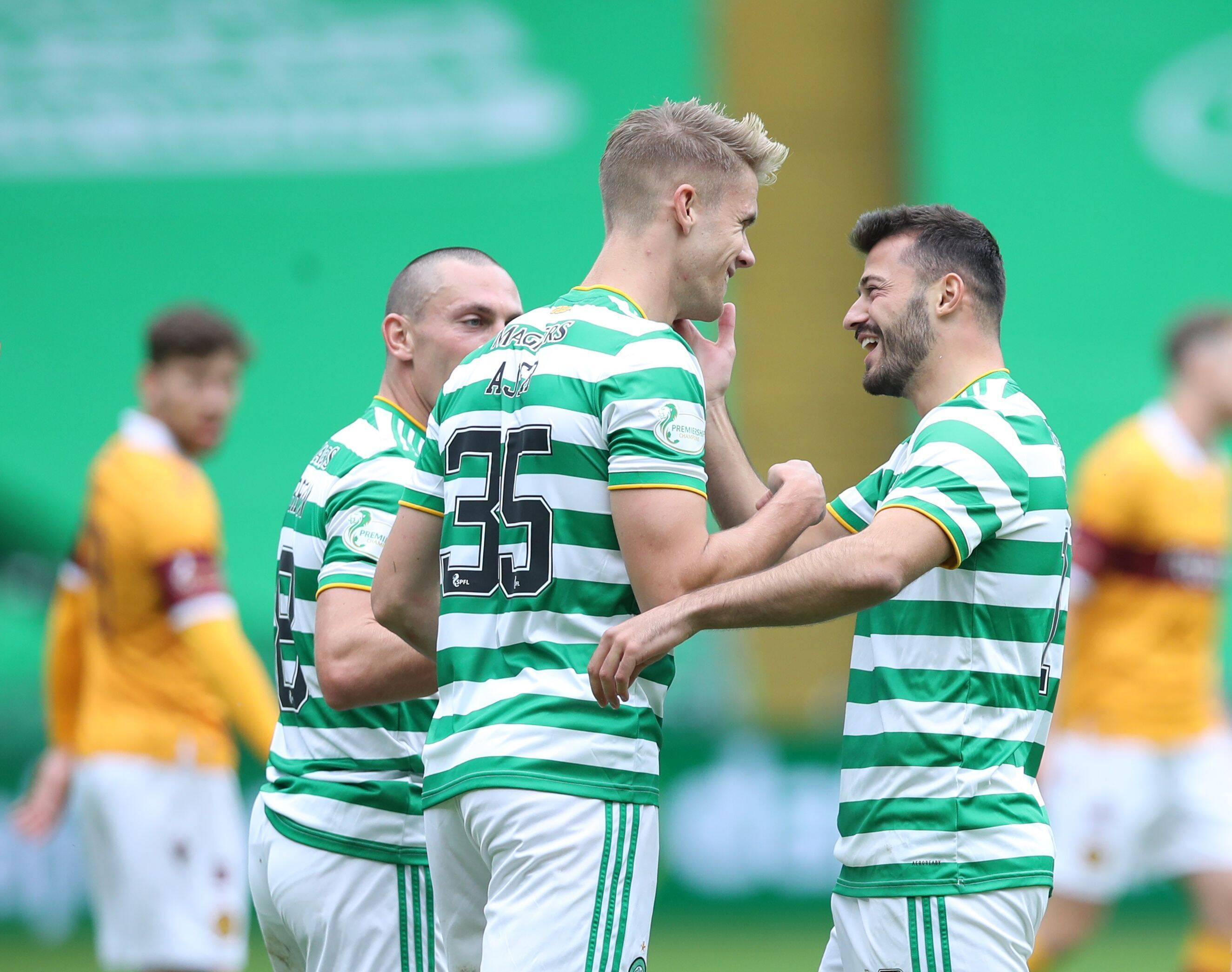 “The manager is always focused on our performance and it doesn’t matter who the opponent is, he wants us to play football, he wants to see us running and fighting and winning balls and pressing, so he wants to see us keep improving, and that’s why I think we’ll start well – we’ll be prepared and we’ll try to get another win.”

A main reason for Ajeti’s move to the East End of Glasgow is Celtic’s unrivalled support. By far and away the best fans in the country, Albian has yet to witness a single game in front of the famous green and white army. However, with Nicola Sturgeon’s recent plans to slowly bring Scotland out of lockdown restrictions being given the green light, it will not be long until Ajeti can finally experience the atmosphere at Celtic Park – and hopefully with a win over FC Midtjylland in the Champions League, endure a European night under the lights at Paradise, too.

“I’ve played a few games at Celtic Park already but I still haven’t experienced the stadium with fans in it. From what I know, and what I’ve heard, it must be unbelievable. I’m looking forward to it and I’m excited to get that experience in front of the fans and they’ll be much-needed for us this season.

“We’re used to playing with fans, and here at Celtic, I think the feeling is like the team has an extra player, and this is important for a club like Celtic. They’re known for the fanbase they have and the unbelievable supporters. It’s been a tough year for everybody, and a tough season for us without fans. Things didn’t go as well as was expected, but we’re in a new season now and hopefully we can get our fans back in the stadium.”

A professional Celtic display reminiscent of years gone by
A Massive Celtic win as pragmatism meets artistry. A sliding doors moment…
Video: Class – Ange and his players celebrate after win at Fir Park

Previous ArticleLiel Abada – What are Celtic getting? “The best finisher in the Israeli league”
Next Article An Insight Into Incoming Centre Back Carl Starfelt