You are at:Home»Latest»All The Celtic Supporters Were Singing That Day

From the heat of Portugal to the cold of England, again in the centre of European success, Celtic were bound for Yorkshire on 1 April 1970. It was there that a team dubbed “England’s greatest” lay in wait. Just 6,000 tickets were made available to the Celtic faithful but an estimated 13,000 fans travelled down. The demand was so great that British Rail put on a Football Special service. The train departed Glasgow soon after midday and arrived in Leeds some five hours later. The Yorkshire Post said of the support: “Nothing has happened quite like it in Yorkshire since the Roman legions left York.”

The trip to Leeds was unique. On the journey down, the Celtic squad were entertained by Rangers fanatic and great comedian Lex McLean. Then Celtic were required to wear alternative coloured socks to avoid a kit clash. Of the red or blue socks available, Jock Stein elected for his side to don the red pair. He claimed that: “The socks will look orange under the lights. It’ll look like we are wearing the colours of the tri-colour, that’ll please the fans.” The result itself was also unique in that it was the first victory on the road throughout the season’s European campaign.

The trip on the Football Special made for an atmospheric and drink fueled journey. As the conclusion neared, the singing escalated. Carriages holding hundreds were swaying to the sounds of familiar old cries of rebellion. Mixed in were tales of Celtic’s great history and foregone legends. With the station in sight a great cheer went up and voices arose from the rear of the carriage: “Said Lizzie to Phillip as they sat down to dine, I’ve just had a note from an old friend of mine.” The rest of the train clapped, stamped and thudded the roof to the beat. A sense of community and passion rang true. The version continued with great resonance, hitting a crescendo with the lyrics: “To keep Celtic down you will have to deport the fighting mad Irish that give them support!”

The night was even better when George Connelly scored in the opening minute of the match. The goal ensured Celtic won 1-0, and the Bhoys then won the return leg at Hampden Park in front of a European record attendance of 136,505. Jock Stein’s men were in another European Cup Final and had proved themselves to be the finest team in Britain to boot. 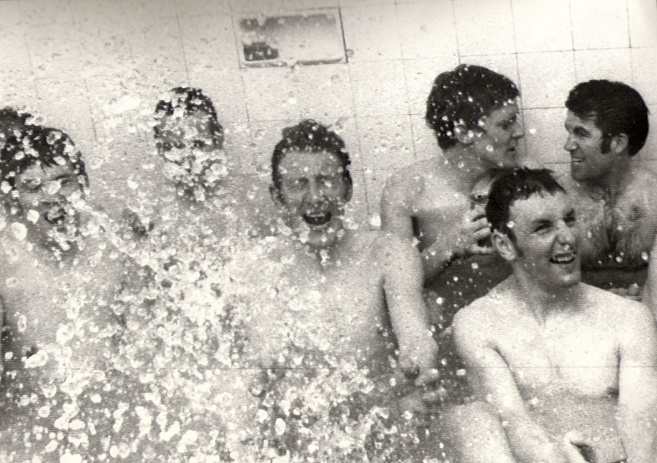 51 years to the day later, Celtic have never reached such heights again.