You are at:Home»Latest»Alloa Athletic v Celtic – The story so far

ALLOA ATHLETIC VERSUS CELTIC IN THE SCOTTISH CUP…

At 5.30pm this evening Alloa Athletic and Celtic will play in the Scottish Cup 4th Round tie, in a rare meeting of the two clubs in this cup competition.

There is no great tradition of Celtic playing Alloa Athletic in the Scottish Cup. There have only been four games, two at Recreation Park, Alloa, one at Celtic Park and one at, of all places, Brockville, the home of Falkirk, and generally reckoned to be one of the worst grounds in Scotland.

The Brockville game is the only game that I can ever recall the Celtic Park announcer warning supporters AGAINST going to a game. It was played on 8 January 2002. Alloa had been drawn at home but opted to play the game at Brockville which was an even worse ground than Recreation Park, and basically was not destined to last much longer. Women supporters were advised not to go there because of the inadequate toilet facilities. 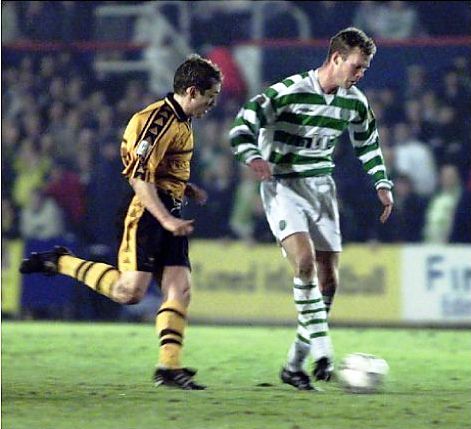 The Men’s toilets were not a great deal better either, as I recall, and although Brockville was a “grand old traditional” Scottish stadium with loads of history, few tears were shed when Falkirk moved to their new ground. Why Alloa would want to go there when they could have had Dunfermline’s East End Park, or Tynecastle, or even Firhill (where they once played a League Cup tie against Celtic) is a matter of some mystery, but goals from Petta, Sylla, Maloney, Balde and Wieghorst saw Celtic through without many problems. 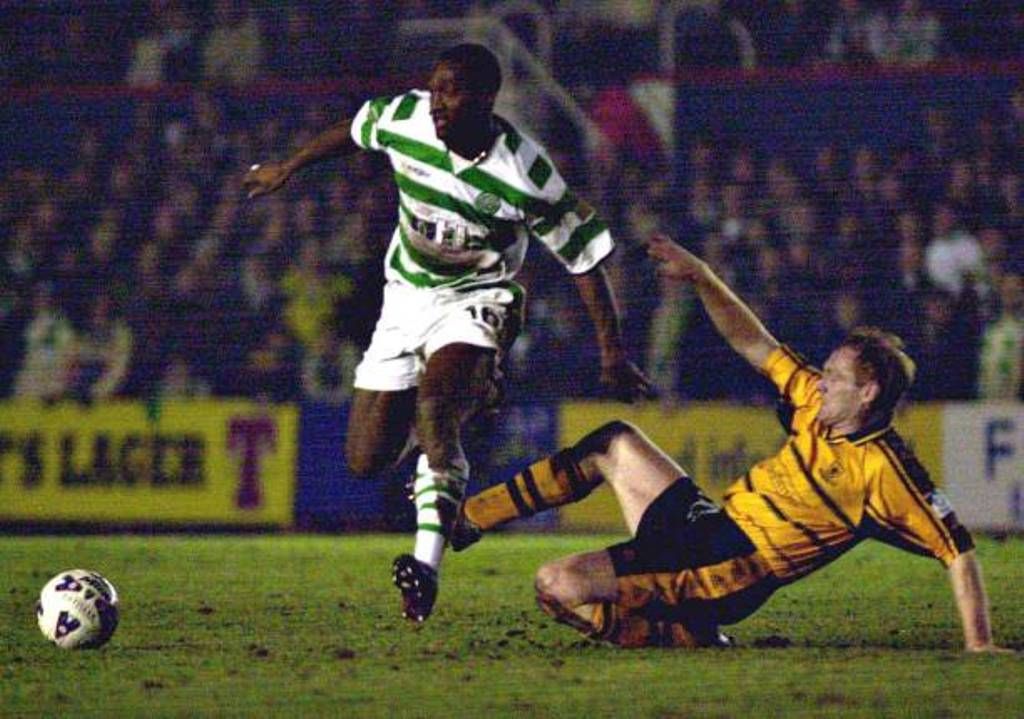 Back in season 1954/55, there seemed to be no problem for Celtic’s visit to Recreation Park on 5 February. An all ticket crowd of 15,000 saw Alloa score first and almost reached half time before Celtic equalised through a Mike Haughney penalty after Neil Mochan had been brought down. Jimmy Walsh then scored early in the second half before Alloa equalised again. Jock Stein was then carried off injured and with the score at 2-2 the tie looked well balanced and heading for a replay, but Stein recovered and Jimmy Walsh and Bertie Peacock then saw Celtic to a 4-2 win. 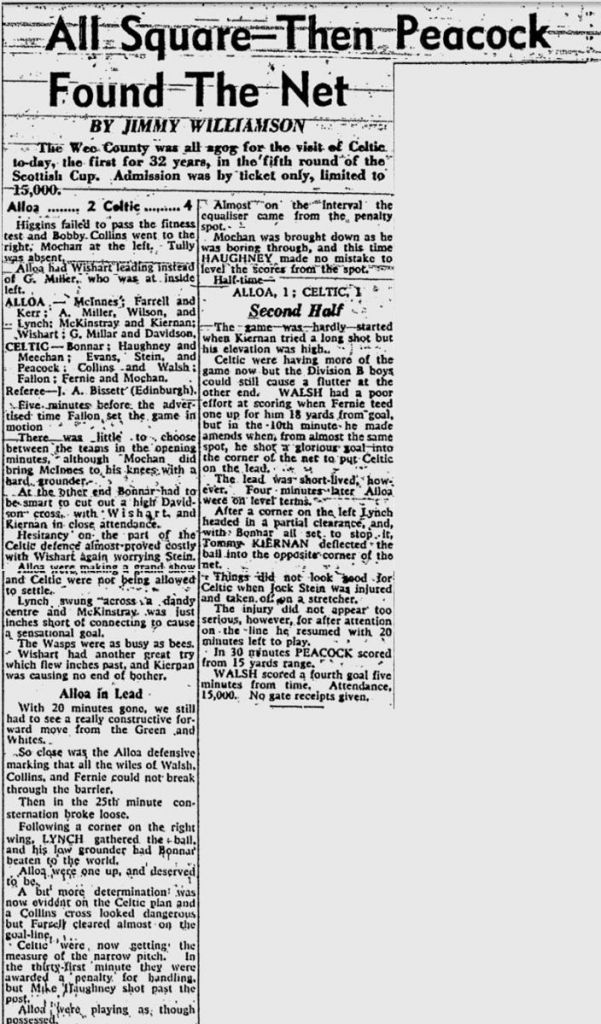 That seems to have been Celtic’s only visit to Recreation Park on Cup business (they did of course play there when Alloa were in the old Division One in the 1920s) for the other two Scottish Cup ties were both at Parkhead. On 18 February 1928 Jimmy McGrory and Paddy Connolly scored twice in a 2-0 victory, and on 7 February 1925, McGrory scored twice in a 2-1 win. Celtic were well on top until Thackeray pulled one back for the “Wee County” side and made a game of it. On February 18 1928, Celtic were well on top throughout, but in the latter stages a few tempers were lost and Smillie of Alloa and Paddy Connolly were sent off.

Previous ArticleVideo: Treble chance and Celtic’s goalscoring phenomenon
Next Article Maeda called up by Japan, how Celtic might line-up against the Rangers