You are at:Home»Latest»“An almighty slap in the face,” Ange on knowing the script

Ange Postecoglou is well aware of the Hibs goal threat that his side will face on Wednesday night as the helpful SPFL fixture compliers pile on yet another tough away fixture to add Easter Road to our trips to Tynecastle, Ibrox, Tony Macaroni, Pittodrie and Fir Park all before Halloween.

The flip side of that is that Hearts, theRangers, Livingston, Aberdeen, Motherwell and Hibs all have to visit Celtic Park in the second round of fixtures which get underway on Saturday when Livingston are the visitors to Paradise. 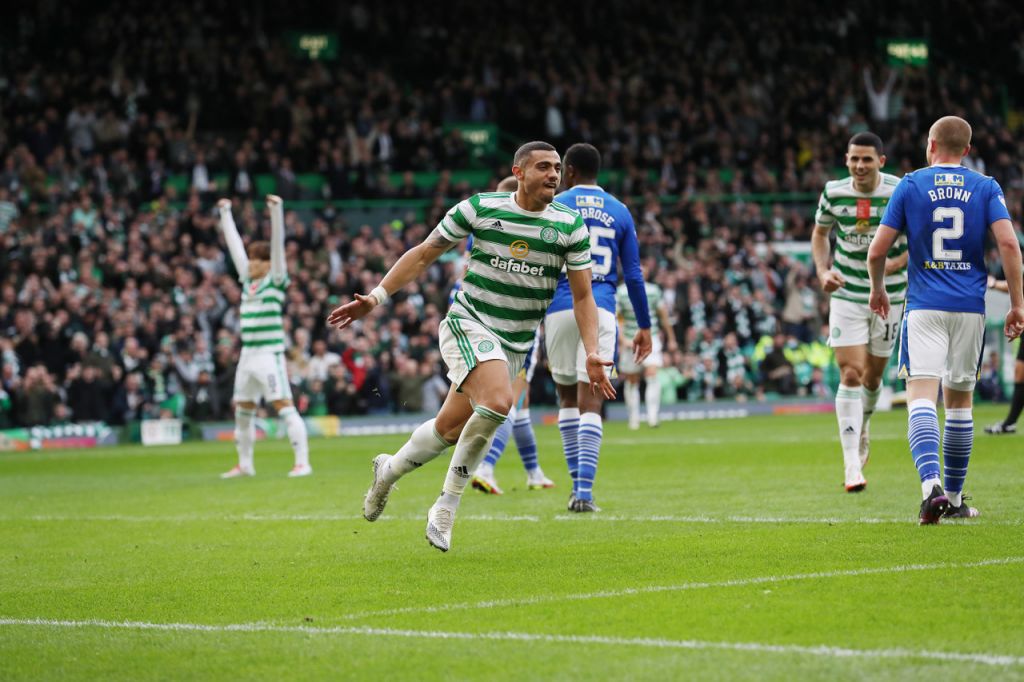 Postecoglou is well aware of Australian International goalscorer Martin Boyle’s goalscoring talents and he’ll be asking his defence – which recorded a third consecutive clean sheet against St Johnstone yesterday afternoon – with the Scottish Cup and League Cup holders, the second most successful club in Scotland over the last decade behind Celtic, being limited to ZERO strikes on Joe Hart’s goal.

The only time the former England international goalkeeper had to exert himself was in dash up the park to support his teammate Cameron Carter-Vickers who was being kicked and slapped before himself receiving a yellow card from Nick Walsh. Postecoglou misses nothing but choose to laugh this one off, for now at least.

Postecoglou is well aware that the Hibs danger man has scored 5 goals in 9 games for the Socceroos and that’s why he’ll be looking to nullify the threat in midweek. Hibs lost at Pittodrie yesterday and will be looking to get back to winning ways in a match that is NOT live on television but is available via Hibs TV for payment of £14.99.

READ THIS…Angeball, It’s all falling into place – Celtic were composed, clinical and precise 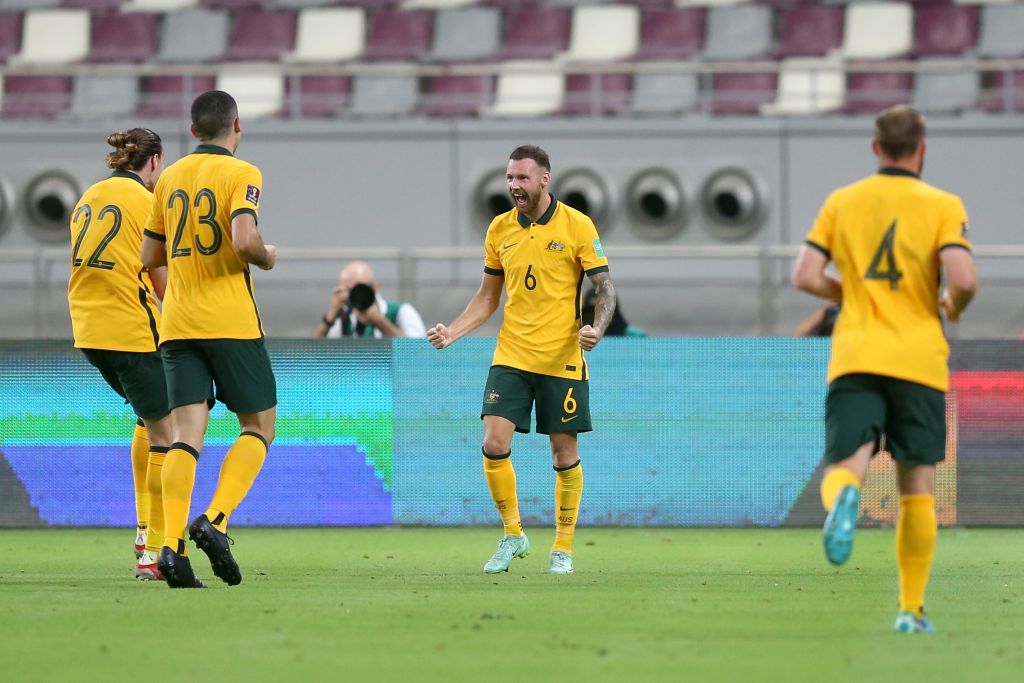 “I know Martin really well,” Postecoglou told the media yesterday, as reported by Daily Record. “I was pretty pleased when he chose to play for Australia because there was a bit of an arm wrestle when it came to who he was going to play for.

“He’s done really well for the national team so I’m well aware of him. He’s a good player and it’s not easy playing for Australia. Unlike other national teams, he’s got to do long-haul travel and getting back to this part of the world isn’t easy so he’s handled that really well,” the Celtic manager said. 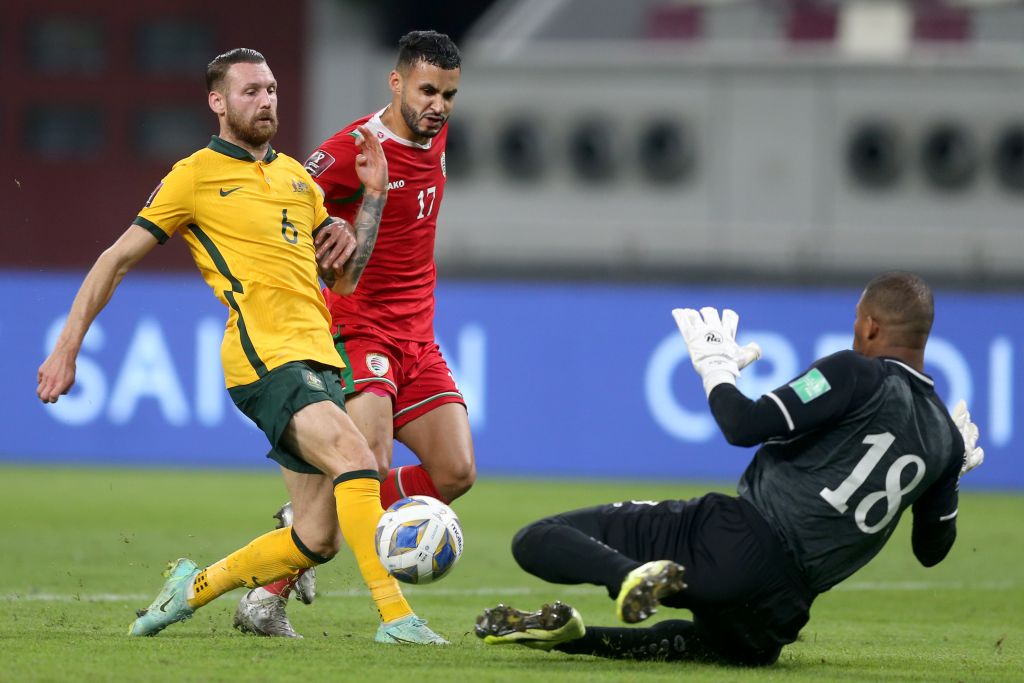 Martin Boyle of Australia and Faiz al-Rushaidi goalkeeper of Oman and Ali al-Busaidi of Oman battle for the ball during the 2022 FIFA World Cup Qualifier match between Australia and Oman at Khalifa International Stadium on October 7, 2021 in Doha, Qatar. (Photo by Mohamed Farag/Getty Images)

Ange is looking forward to ticking off another iconic Scottish venue from his list on Wednesday as the Celtic manager becomes ever more familiar with the Scottish game. He’s seen enough though not to believe that it’s a one horse race – as he was told when the title was decided by the media last month – or even a two horse race with Celtic getting back into things because Hearts equalised late-on at Ibrox last weekend (it only happened because of anther team’s result, no credit given to Celtic for winning). Ange isn’t writing off an Edinburgh challenge and don’t forget Dundee United are up there too and on a rich run of form at the moment with Charlie Mulgrew getting an assist and a goal yesterday in their 2-1 win over Motherwell. 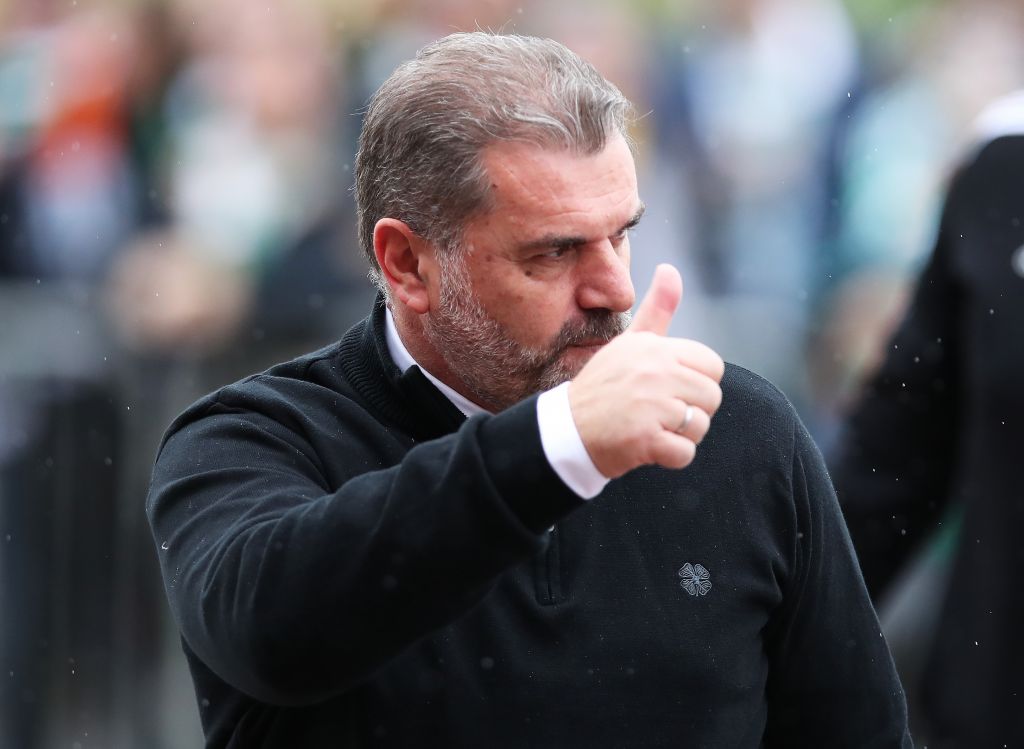 “It’s my first foray into Easter Road on Wednesday night so I’m looking forward to it,” Ange said. “Are Hearts and Hibs in the title race? I can only go on what’s going on at the moment so I’d have to say, yes. Why not? There is a historical context to these things and a script already written where people assume it will be followed every year.

“But it wasn’t that long ago that Leicester won the Premier League. I always think if you take football for granted or think you know the script, it invariably gives you an almighty slap in the face.

“At the moment there are four or five teams close together and they’ll all think they’re capable of having success this year. I see no reason why you would discount any team up there until evidence shows you otherwise,” he stated.

Postecoglou returned to his theme of reminding the hacks about the stuff they’d written before. “Every away game has been daunting for us so far. I know we’ve won our last two on the road but a few weeks ago people were telling me we hadn’t won away since Valentine’s Day. I understood every away game was a challenge for us until you dispel that. 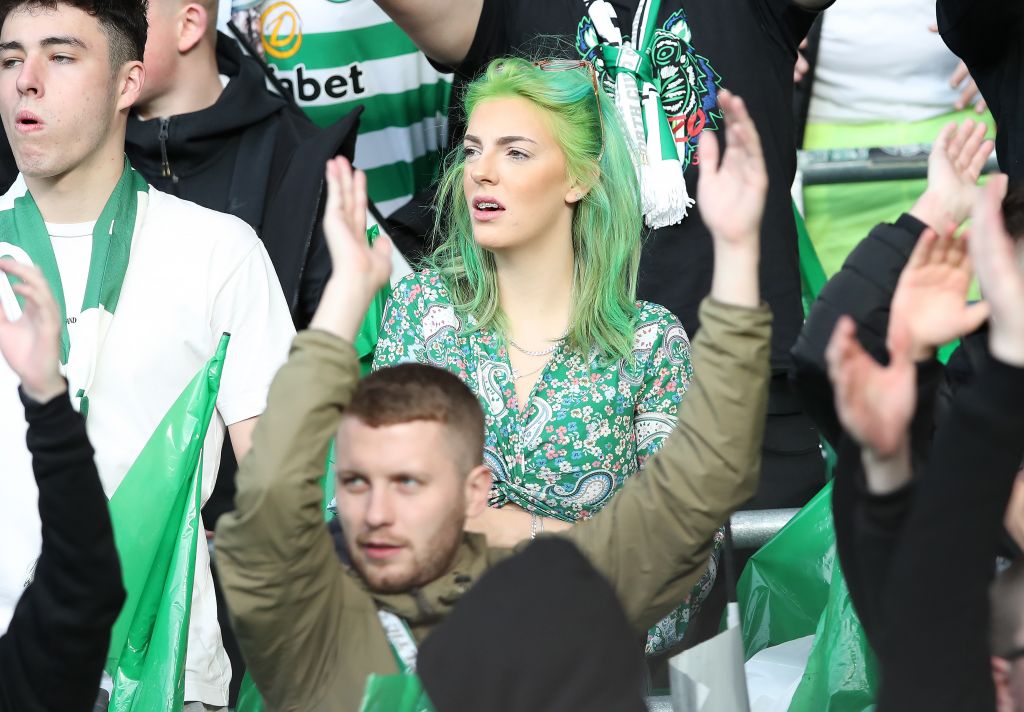 Celtic fans are seen during the Cinch Scottish Premiership match between Celtic FC and St. Johnstone FC at on October 23, 2021 in Glasgow, Scotland. (Photo by Ian MacNicol/Getty Images)

“This week at Hibs won’t be any more difficult or any easier. Part of the uniqueness of this league is that every game is competitive. You know you’re in for a battle and we’ll get that at Hibs but if we replicate the performances we had against Aberdeen and Motherwell away, hopefully we’ll get a result.”

We pointed out ahead of play resuming after the last international break that Celtic had a run of fixtures that are all winnable and if that could be achieved could really transform our season. So far it’s 3 wins from 3 against Motherwell (a), Ferencvaros (h) and St Johnstone (h), all won with clean sheets. Hibs (a), Livingston (h), Ferencvaros (a) and Dundee (a) are the four remaining fixtures.

Win these four games and we’ll be going onto the international break with it all to play for and coming back with a League Cup semi-final against St Johnstone at Hampden on Saturday 20 November.