You are at:Home»Latest»An Unlikely Glasgow Derby Victory In The Cup

Celtic were handed the toughest draw possible in the Scottish Cup yesterday – an away trip to Ibrox. Given that the Hoops have been poor this season, a trip to play the champions, who have lost just one match domestically, has been viewed as a daunting task. However, there have been some unlikely Glasgow Derby victories in cup competition over the years.

The 1940 Glasgow Cup Final springs to mind, when Celtic beat Rangers during a season that the Bhoys would finish 12 places behind the Ibrox men in the regional league. This is an account of that occasion, giving us all some hope for 17 April.

As ever, huge events were being reported in society to keep the public up to date with war developments. Yet, the meeting of two Glasgow giants in a joust for silverware filled most of the column inches in the Scottish press. To put the level of anticipation for this match into context, a day before the game, the King and Queen watched an aerial battle take place in London whilst on a tour of bombed areas. An RAF pilot pursued a Nazi squad and the monarchical couple looked on from their standing position at the edge of a huge crater, before taking shelter with locals in a control room. Aside from that story, the War Office declared that 133 Scottish regiment casualties had been suffered – 37 dead, 66 wounded and 30 captured. 15 of those prisoners of war were officers, whilst five of the dead were also of that ranking. The London Stock Exchange had reported that the stock market had gone dull, but farmers in Aberdeen were doing a roaring trade as 15,000 lambs were sold in a single day! In other news, two German Airmen had been shot down and captured in the South West of England, and discussions had begun concerning the introduction of mobile food units to assist those who had lost their homes in bombed areas. Still Celtic and Rangers took the headlines!

Rather than talk about the Queen watching the RAF do battle with Germans, Celtic supporters wanted to know why Jimmy McStay wasn’t keen to utilise the services of Oliver Anderson, who was home on leave and offered to assist his club. Anderson had been a decent Celtic player before he joined the forces, and he was now fitter, stronger and had been playing regularly for the Army’s football team.

Other concerns turned towards the method required to beat Rangers. The ‘Gers were the only unbeaten team in Scotland, though they had avoided defeat against St Mirren in their most recent outing, because the Buddies weren’t given a clear penalty and a dodgy red card was awarded to their key player, Joe Cullen.

Tickets were sold in shops around the city, including two prominent establishments on St Vincent Street and Sauchiehall Street. A discount was offered to members of the Armed Forces, who gained entry to the Grandstand for 6d. Over 60,000 tickets were sold in total, a large crowd being permitted for a Cup Final, and because the tie was held at Ibrox, which was logistically suited to hosting large attendances during wartime conditions.

Celtic fans were hopeful of victory as Jerry Dawson was unable to play due to suffering with influenza. McKillop, Marshall, Smith and Gillick were also ruled out for the light blues through injury. Only Chic Geatons was missing for the Celts, and Divers fumed at not being selected to play again. So angry was the player at his lack of game time that he had stayed away from training at Celtic Park for a week.

Jimmy McStay had met with the club’s directors to pick the Celtic team the night before the game. The line ups were as follows (28 September 1940): 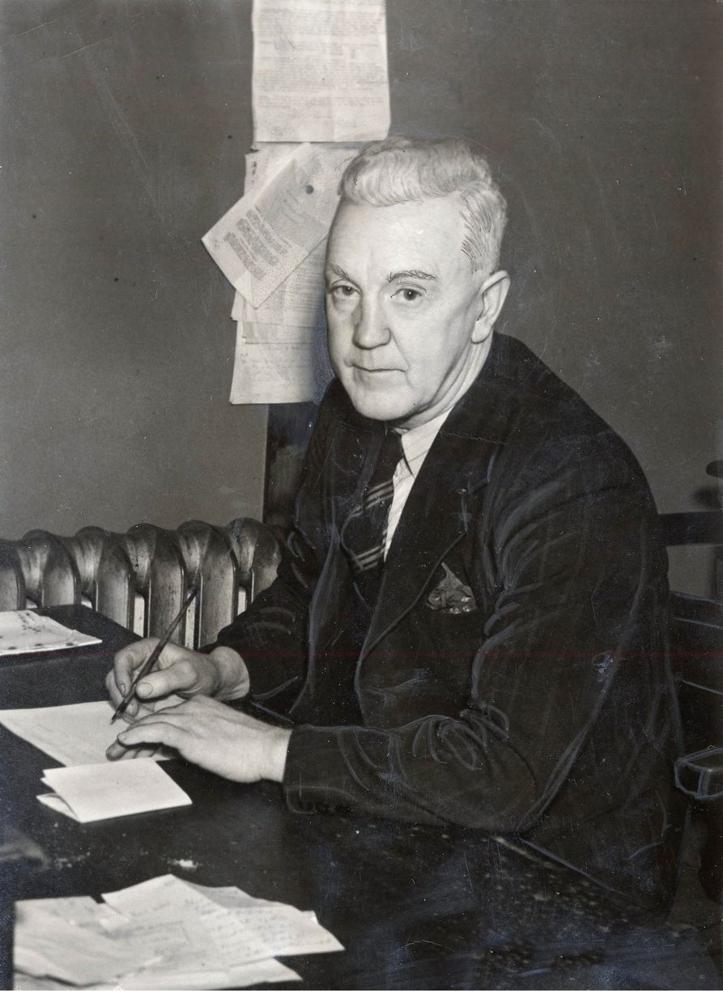 Celtic had dominated recent meetings between the clubs without always getting their just deserts, but they got their revenge in this Glasgow Cup Final. Rangers started on the front foot and midway through the first half Johnstone made a biology defying save from Venters. The Rangers forward drove inside the right edge of the box and let go a terrific rising drive that was making its way just under the crossbar. It was a goal all the way until the leaping Johnstone strained every muscle and stretched his hand to deflect the ball away for a corner. The Daily Record described the chances of making the save as “a thousand to one.” Yet he upset the odds in a way that made fans gasp with amazement. So often, it had been Dawson leaving the Celtic front line discombobulated, but on that day the tables had turned.

That save, along with two other fine stops from Waddell, took the sting out of the Rangers attack and they lacked all confidence in front of goal. Venters later remarked that “Johnstone has more pairs of hands than a human being is usually endowed with!”

The game was tense, neither side really taking control after those early chances. The goal that settled the destination of the cup was scored by Gillan on the hour mark. To make matters sweeter, it was alleged to have been offside! Quite humorously, a Daily Record journalist wrote “You’ll get plenty who say the forward was offside when the ball was passed to him. I thought it was, and if I am correct the officials have turned their backs on Rangers. After receiving many laughable decisions in their favour, the Light Blues now know how Queen’s Park, Falkirk, St Mirren and others must have been on important occasions.”

The goal had been the result of a fine move. The ball went to Kelly on the touchline and he dribbled a couple of yards into the Rangers half. A defender immediately lunged into a tackle and Kelly turned inside before passing to Crum at the edge of the penalty area. He rode the challenges of Woodburn and Gray, before passing to Gillan, who slid in ahead of the keeper to poke the ball into the net before being clattered.

That goal was enough to get Celtic over the line and there was bedlam around Ibrox as the faithful celebrated the club’s first trophy since the beginning of WWII. 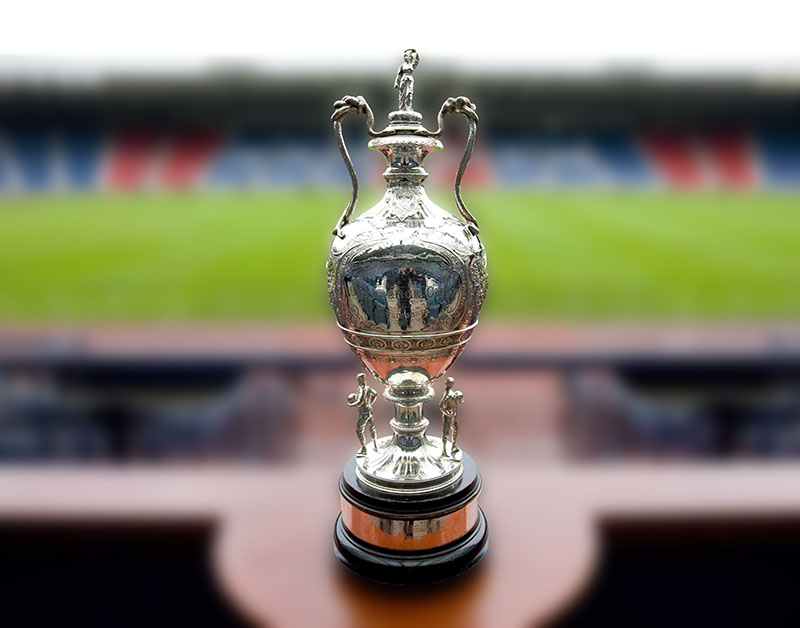 Gentleman of the match was awarded to Malcom MacDonald; whose display epitomised his nickname “Keep the Heid.” He was the most polished performer on the field, playing superbly at half-back alongside Waddell, who was also tremendous and composed. Each team’s wing backs were said to be top notch, which made for a game of few chances as the inside forwards had little room to operate. Bobby Hogg, Celtic’s captain for the day, was another notable performer with a series of tough tackles and effective clearances.

Celtic had shown Rangers to be beatable and they had won the Glasgow Cup. What an incredible day!

A heart-warming story emerged the next morning as it was revealed that a group of five boys, who had been rescued after eight days’ exposure in an open boat, attended the Cup Final. The young lads had been on board the City of Benares ship, along with another 85 children, who were being evacuated from Glasgow to Canada. Disgustingly, the vessel was torpedoed by German submarine U-48, causing huge loss of life, including the deaths of 77 evacuees. The few survivors were rescued over a week later and Winston Churchill was so appalled that he immediately spoke to the Children’s Overseas Reception Board to cancel plans to relocate children overseas.

The five aforementioned survivors were greatly pleased with the performances of Celtic and Rangers. Two days later, they were taken to visit Loch Katrine, the main source of Glasgow’s water supply, set in the midst of beautiful West Highland scenery. Each of the boys were said to be highly impressed at seeing young Scots wearing kilts and, as such, Lord Provost Dollan bought Highland outfits for them all. The boys then met their parents in an emotional reunion back in Glasgow that evening. There was a sixth lad, part of their friendship group, who was unable to take part in these events as he was confined to a hospital bed after falling ill during his plight. Fortunately, he made a full recovery and, apparently, he cheered heartily when being told about Gillan’s winning goal for the hoops.