You are at:Home»Latest»Andrew Milne, More Than 90 Minutes – ‘A week in football’

LAST Saturday I was in Tenerife and took the opportunity to travel on a Supporters bus to see CD Tenerife play Almeria in La Liga 2. The game finished 0-0 and I was impressed with the home side Ultras who added to the atmosphere of the half full 25000 seater stadium. It was a mid table end of season clash that never really ignited. 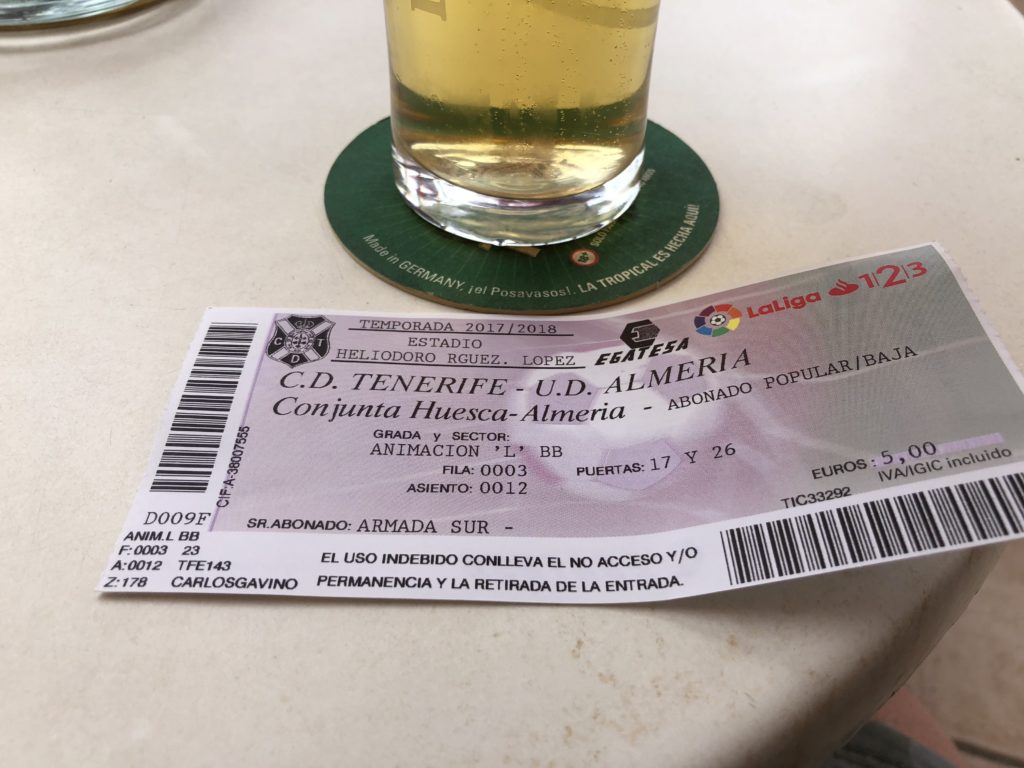 When the final whistle blew and I was back on the bus I was checking social media and all the talk was of Celtic’s visit to Edinburgh to play Hearts.

I always enjoy our encounters with Hearts and a few drinks in Edinburgh on match day or the night before. There is always a shortage of tickets and an uneasy rivalry with the home tribe which always adds to the atmosphere

Hearts put a stop to our amazing unbeaten run earlier in the season and they gloated in defeating the invincibles. I had the misfortune of having to listen to them after the game in the city centre as I had a few hours to kill before my flight home. So I was hungry for revenge. 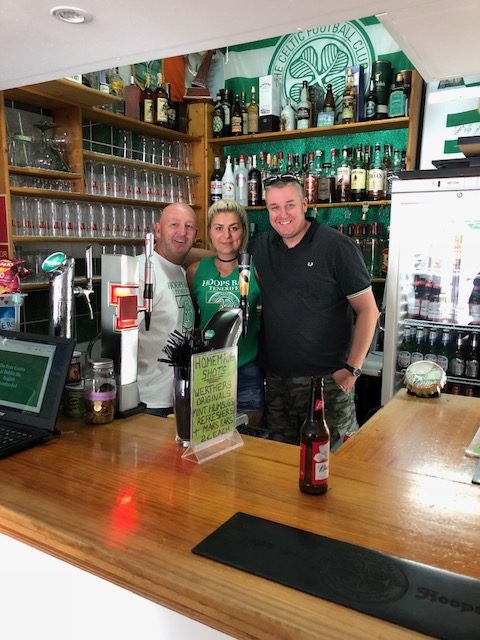 Unfortunately I wasn’t there to witness Lafferty, Naismith & Levein have the smile wiped off their faces after the badge kisser Lafferty opened the scoring. How sweet the 3-1 final score was and although I wasn’t there I was able to share the enjoyment with fellow fans in Hoops Bar which was about 5 Minutes in a cab from my hotel.

Sadly I had to leave the sun behind on Tuesday evening and 24 hours later I was walking towards Celtic Park in the wind & rain where the volunteers from the Celtic FC Foundation were busy at the food drops collecting food for the less well off in the community. 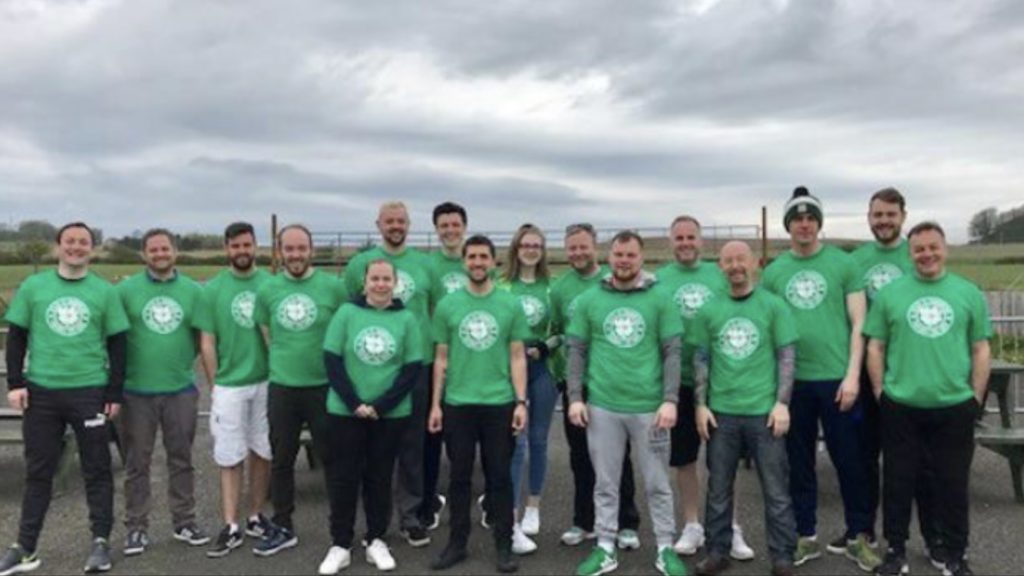 Inside the stadium Brendan had as expected rung the changes. On paper the team still looked very strong but we still could not unlock the stubborn Kilmarnock defense which stood firm as it has on so many occasions since Steve Clarke transformed them from relegation candidates to a fifth place finish in the SPFL. Their fans seemed to enjoy celebrating at full time as our fans drifted into the cold night air with our Tommy Burns tribute program under our arms for bed time reading.

Off the park Scott Brown continues to pick up award after award and Naismith picked up a ban for stamping on Scott Brown very close to his family jewels and Scott Bain secured a contract with Celtic after impressing in the absence of Craig Gordon.

A quick check on social media last night saw the Kerrydale Suite packed for the CSA Rally/ Dinner. There have been some great pictures posted with Scott Brown, Brendan Rodgers and a number of players posing with the fans. It looked like a great way to warm up for Sunday. 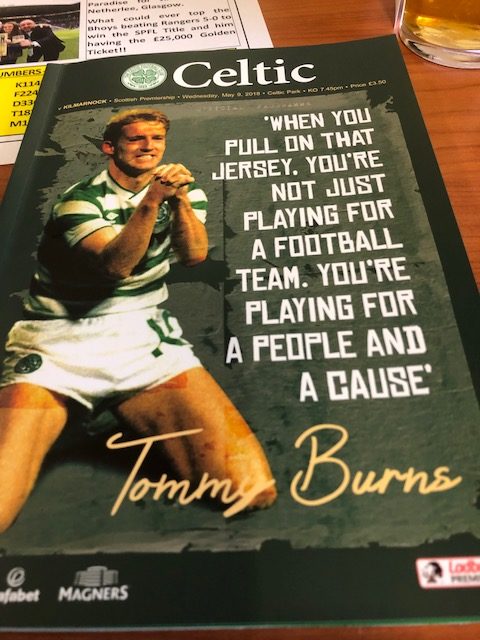 So that leads me to the final league game of the season. Supporters have been checking in at various airports and Glasgow hotels today ahead of tomorrow’s 7 in a row trophy day celebrations.

No doubt the Irish airports and ferry ports will be full of Celtic fans traveling over in the early hours of the morning to join in the celebrations. I’ll be there but I have to admit I have one eye on the cup final and I’m hoping we have nobody added to the injury list ahead of next Saturday.

Enjoy tomorrow folks here we go 8 in a row.

‘Thanks for nothing,’ Scott Bain trolls ‘mediocre’ Neil McCann

Previous Article‘No other place I’d rather be than at Celtic’ Griffiths to sign contract extension
Next Article ‘The Club’s Blessing,’ as Gerrard mentions ‘lies’ and ‘Progres’ in first line about Rangers!