You are at:Home»Latest»Ange Postecoglou wants at least four more players signed, according to journalist

Ange Postecoglou wants to sign at least four more players during this transfer window according to Stephen McGowan. Writing in Mail Sport, McGowan is one of the most reliable sources in terms of Celtic’s business and he says that the Australian wants to bring reinforcements in to bolster key areas.

McGowan says that Postecoglou wants another central defender, a right-back, a winger and a holding midfielder in the coming weeks. However, there is no mention of a new goalie in the report, which would have been expected in the wake of poor performances from Vasilis Barkas and Scott Bain.

Celtic are targeting Aurelio Buta, Royal Antwerp’s right-back. The 24-year-old still has a year left at the Belgian club but the Portuguese full-back would be an impressive acquisition for the Parkhead side and Celtic know that he will be available for €3.5m. It is said that talks are progressing with Buta after Celtic decided against continuing their interest in George Baldock. Rennes full-back Brandon Soppy had also been mentioned but the trail has gone cold in that regard. 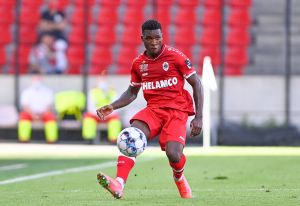 Celtic have also been linked with Mario Vuskovic of Hajduk Split, FC Midtjylland’s Erik Sviatchenko and FC Lausanne-Sport’s Moritz Jenz as Postecoglou looks to bolster his backline. Carl Starfelt will likely be available for the game against Hearts but is not registered for the second-leg against Sviatchenko’s side. Jullien’s return date appears uncertain and as a result, it is understandable that Postecoglou wants to bring another defender into Celtic. 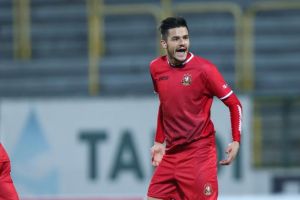 In terms of left-winger, Celtic have been linked with Gorica’s Kristijan Lovrić. The 25-year-old plays primarily as a left-winger but can also play as a second striker or on the right-wing. In 125 appearances, Lovric has scored 58 goals and notched 24 assists. It would take €5m to sign him and the rumour is that Celtic have initiated contact over a move for the player. 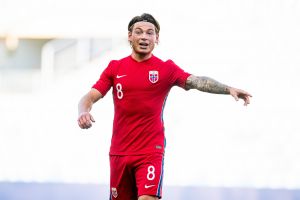 Celtic had been linked with Bødo-Glimt’s Patrick Berg as a potential defensive midfielder. The 23-year-old is said to be available for just £1.3m and the Norwegian Internationalist would certainly improve Celtic’s midfield. However, they will likely see other options on the horizon to potentially bolster Celtic’s ranks.

Postecoglou has added Liel Abada (RW), Osaze Urhoghide (CB) and Kyogo Furuhashi (ST) with Starfelt (CB) also agreeing to join Celtic. Liam Shaw (CDM) arrived on a pre-contract but it appears as he is a player for the future as opposed to a ready-made first team player.

The manager is probably looking at another goalkeeper after the poor goalkeeping performances from his two better goalkeepers. A loan move for someone like Forster would make sense but there are a number of potential candidates out there if Celtic want to act quickly.