You are at:Home»Latest»Ange praises Tom Rogic in Open Goal interview

Celtic boss Ange Postecoglou sat down with Simon Ferry and Paul Slane of Open Goal recently to do an interview about his career in football. The two Scots grilled Ange all about his life and footballing experiences up to date and did not disappoint with their usual mix of banter and theatrics.

Ange spoke in-depth about various aspects of his character and overall personality, whilst he revealed his thoughts on the game and the way it should be played generally. On the day the Celtic manager spoke of his time with the Australian national team, during which time he won an Asian Cup back in 2015. An incredible feat for any Australia boss to achieve – the Socceroos would defeat Tottenham Hotspur star Son’s South Korea in the final to claim this historic title. 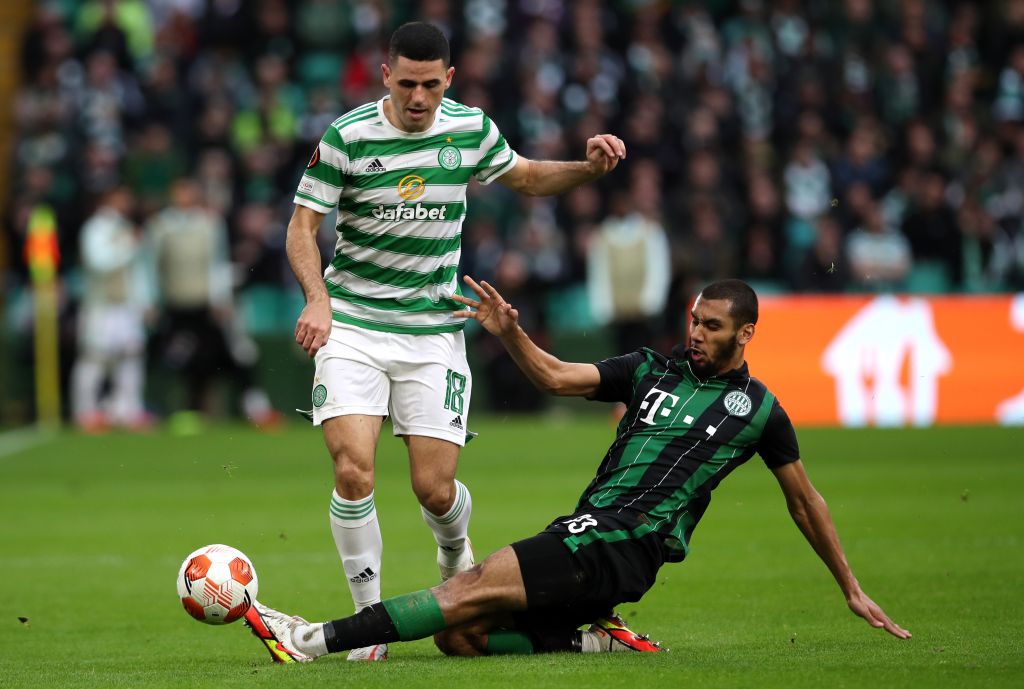 Tom Rogic  is challenged by Aissa Laidouni during the Europa League group G match between Celtic FC and Ferencvarosi TC at Celtic Park on October 19, 2021. (Photo by Ian MacNicol/Getty Images)

The boss reserved special praise and a mention for compatriot Tom Rogic during his interview with Open Goal, singling the mercurial playmaker out for praise. He said: “I’ve obviously got history with Tommy. He’s an Aussie and I had him in the national team. I played him. He was an important part [of the Australia team].

“I saw Tommy come through as an 18, 19-year-old in Australia and you could tell back then – he is one of those players when the ball goes to him inevitably people just shut up or get up off their seat and just watch the game because they know something’s going to happen. He’s always had that. I think some of Tommy’s battle is he’s really hard on himself and I always used to say with the Australia team, he rarely smiled on a football pitch.”

“He’d score a goal and he’d scowl off somewhere. I think when Tommy enjoys his football, that’s when the best comes out of him. I’ve sensed that since I’ve come here, that he’s really enjoying his football now and when he does that, he’s one of those people – he’s only 28, he’s got plenty years ahead of him. In fact, the best years could be ahead of him if he keeps going the way he’s going.”

Tommy has been sensational this year after a barren spell last season when Neil Lennon almost sold him to a Qatari outfit in the Middle East. Since Ange Postecoglou became manager of the football club, Tom Rogic has flourished and looks like the player we had under Brendan Rodgers; silky, classy and downright outrageous to watch at times. 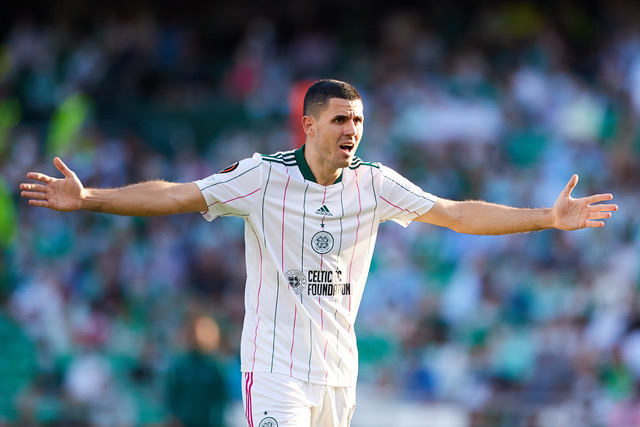 It is interesting that Ange has noted that Tom is extremely hard on himself when it comes to his football and rarely cracks a smile. He is a supremely talented footballer and has given the Celtic Support every reason to smile before his unfortunate injury at Easter Road a few weeks back. The opening half-an-hour in which we tore Hibernian apart was mainly down to Rogic, who quite frankly was unplayable. It will be a joy to see him back in the side sooner rather than later. Hopefully there are many more vintage Tom Rogic performances to come down the road.

Previous ArticleCharlie Nicholas wants a fan appointed to Celtic Board – Is this a good idea?
Next Article This is fantastic. This is the wee girl and her family from this cracking image