You are at:Home»Latest»Announcement imminent on Vasilis Barkas signing but customary photo with @paulthetim will have to wait

Vasilis Barkas will complete the formalities of his transfer from AEK Athens to Celtic later today after the results of his medical come through. No-one is expecting any last minute hitches to this deal and the 10 time capped Greek International could make his debut against Hamilton on Sunday on Flag Day at Celtic Park.

Barkas, who was photographed going into the Blythswood Hotel in Glasgow yesterday afternoon, had earlier met with Celtic manager Neil Lennon and today he’ll officially join the Nine-in-a-Row Scottish Champions on a four year deal.

Both the new arrival and his partner came prepared for the Scottish summer judging by those jackets they had on yesterday!

He’ll have to wait a little while longer for the other unofficial duty on signing day – meeting up with Celtic fan @paulthetim. Many supporters like to joke that no signing is properly concluded until the new arrival gets his picture taken with Paul. 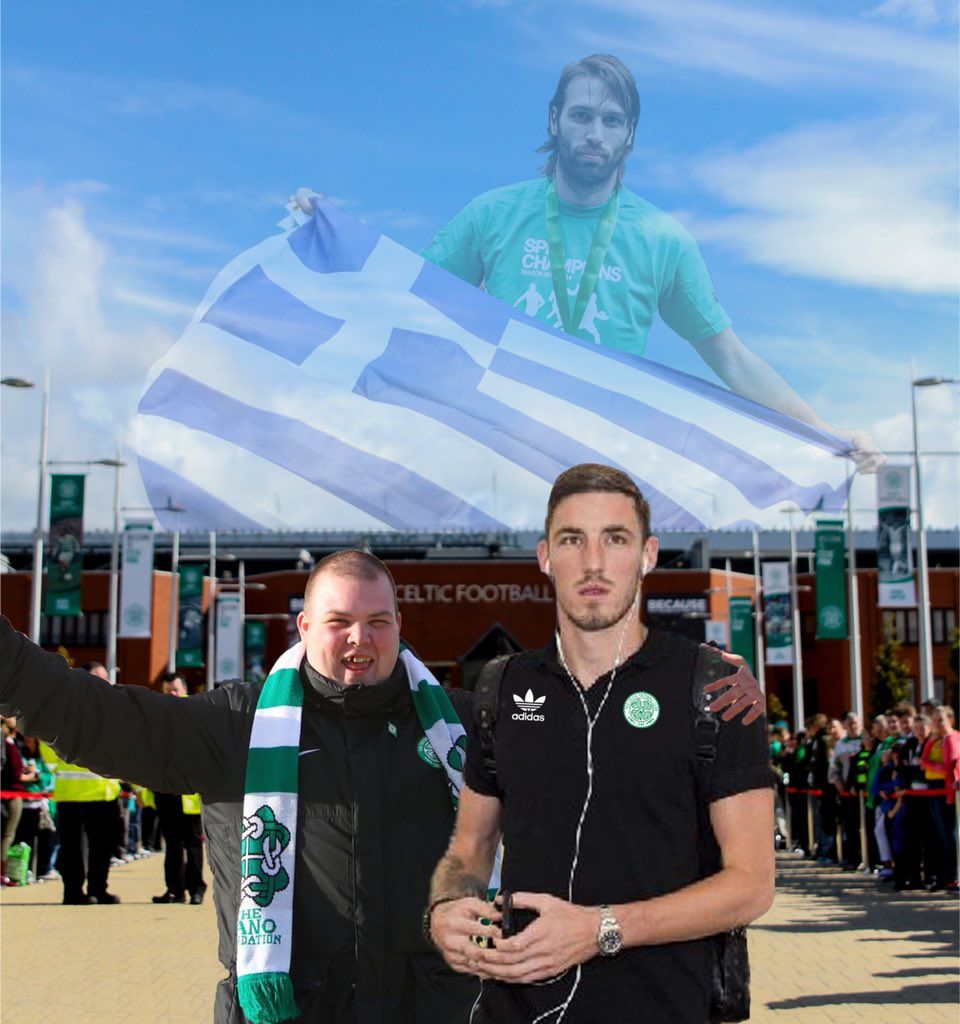 While that might not be possible but to the pandemic, The Celtic Star photographer Vagelis Georgariou, whose family comes from Greece arranged a special Greek themed photoshop version after Paul had noted, with a tinge of sadness, that “there won’t be any photos with new signings till covid has blown away.”

We though that the gentleman with the grey hair had spotted Paul as he led the new arrivals into the posh yesterday. He’s pointing straight at you Paul!

Barkas looks like a great piece of business by the club and one that fits the business model perfectly. He is just 26 and by establishing himself as the Celtic keeper could easily see another move for big bucks further down the line.

So it appears barring any last minute hiccups or being pictured in the trophy room with Lenny. Vasilios Barkas will be the foundation on which we build #10iar From all accounts an excellent keeper with a commanding presence Welcome to paradise HH pic.twitter.com/1fEMUYJgSd

Frank McAvennie was one of the first yesterday to confirm that the deal to sign Barkas had gone through.