You are at:Home»Latest»‘Any Rangers fans in the house? This is what the league championship trophy looks like’

RANGERS supporters got the chance to see the Scottish Premiership trophy up close.

It’s one of the trophies that their club has never won, along with the Scottish Cup and the League Cup, and their chances of bringing it back to Ibrox for the first time since their club was founded in 2012 after founding father Charles Green started again after the old club plunged into liquidation, will be extinguished on Sunday if they fail to beat Celtic at Paradise.

That would narrow the points gap to 7 but of course a win for Celtic would see the lead increase to 13 points and it would not only be game over but season over for the side managed by Stephen Gerrard. 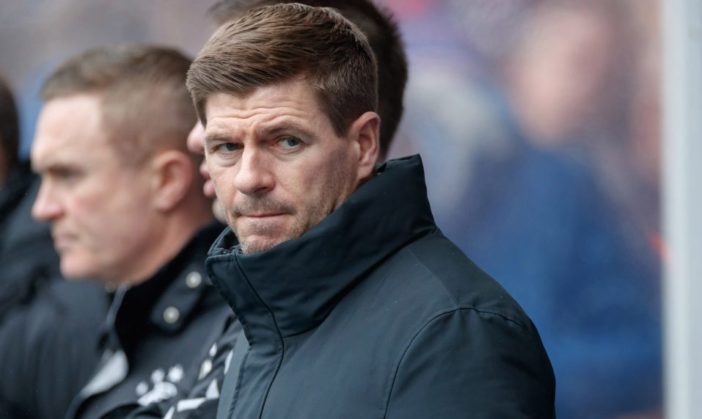 The former Liverpool Youth Coach arrived in Scotland and after his first match – a 1-1 draw at Pittodrie – he claimed that his side were a class apart from Aberdeen. The Dons went on to prove that there was indeed a difference in class between the two sides by knocking the Rangers out of both the League Cup and the Scottish Cup.

“Any rangers fans in the house? If there are, this is what the league championship trophy looks like”…they’re no getting away from it. Hopeless, trophy less and a laughing stock….

“Any rangers fans in the house? If there are, this is what the league championship trophy looks like” ???????????? pic.twitter.com/c9xIeXdpFq

Previous ArticleCeltic Rub 2012 in on The Celtic Way
Next Article ‘Lenny beat Barcelona, he can organise, motivate and is very good tactically,’ Celtic hero