You are at:Home»Latest»Arsenal’s Pablo Mari recommended to Celtic with Champions League in mind

Charlie Nicholas has given Ange Postecoglou some advice as the former Celtic striker looks to assist his old club ahead of the Champions League action getting underway in the autumn. For so long Nicholas was a Celtic cynic, never really having anything good to say about the club that gave him his chance in the game. That though has changed over the past year as the former Arsenal and Aberdeen striker got himself fully committed to Angeball, the non-stop football whirlwind that has hit Scottish football and led Celtic to the title last season.

Already Postecoglou has his exciting team sitting at the top of the league, looking down on the Rangers after the 2-0 win over Aberdeen on Sunday. 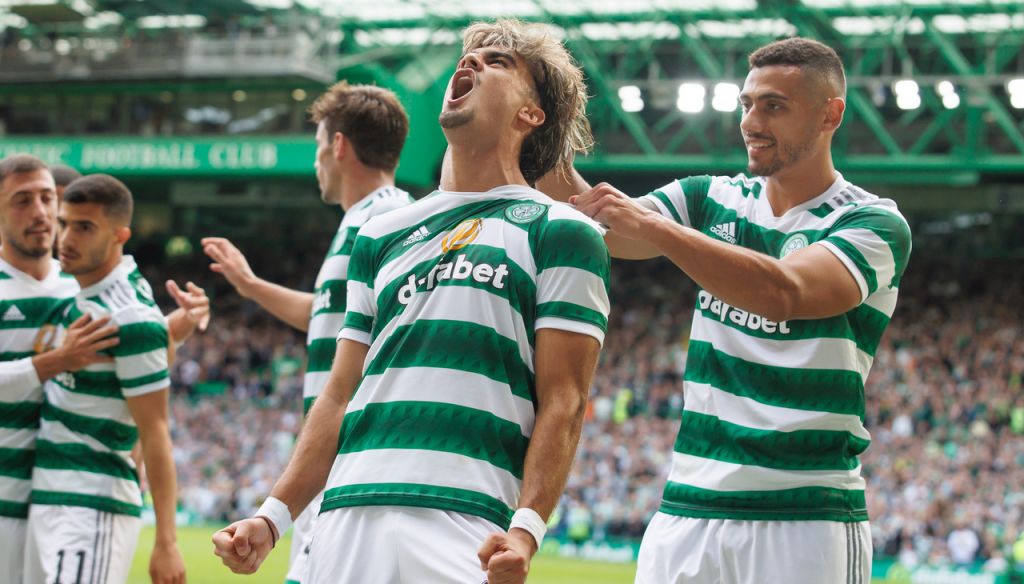 Charlie Nicholas, writing in his weekly newspaper column in Scottish Daily Express, reckons that the Australian is in need of additional central defensive cover and he reckons he has the perfect candidate for Celtic’s needs, at his old club in London.

On Sunday Celtic started with Cameron Carter-Vickers and Stephen Welsh at the centre of defence and a clean sheet plus the opening goal of the the season from Welsh adds up to a decent return. Carl Starfelt, injured in June playing for Sweden, is back training with the Celtic squad after last week competing his rehab, and should be back in contention over the next few weeks. 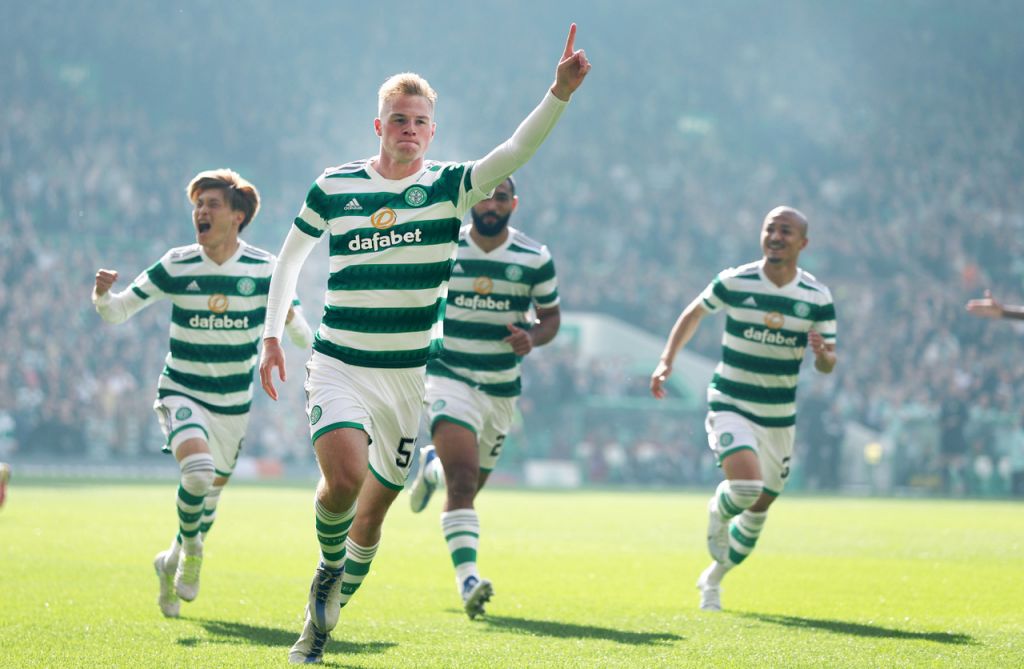 Moritz Jenz also joined the club on a season loan from French side Lorient and Celtic have an option to buy for the long term signing target. Jenz looked decent when coming off the bench in the pre-season friendly against Norwich City.

However Nicholas reckons Celtic need more cover in the central defensive positions and has suggested that Ange Postecoglou considers Arsenal’s Spanish defender Pablo Mari. The 28 year old joined Arsenal in 2020 but has been unable to command a regular starting place in the Gunners side. Last season he was out on loan at Italian side Udinese and according to Nicholas Mari could be a viable loan option for Celtic for this season. 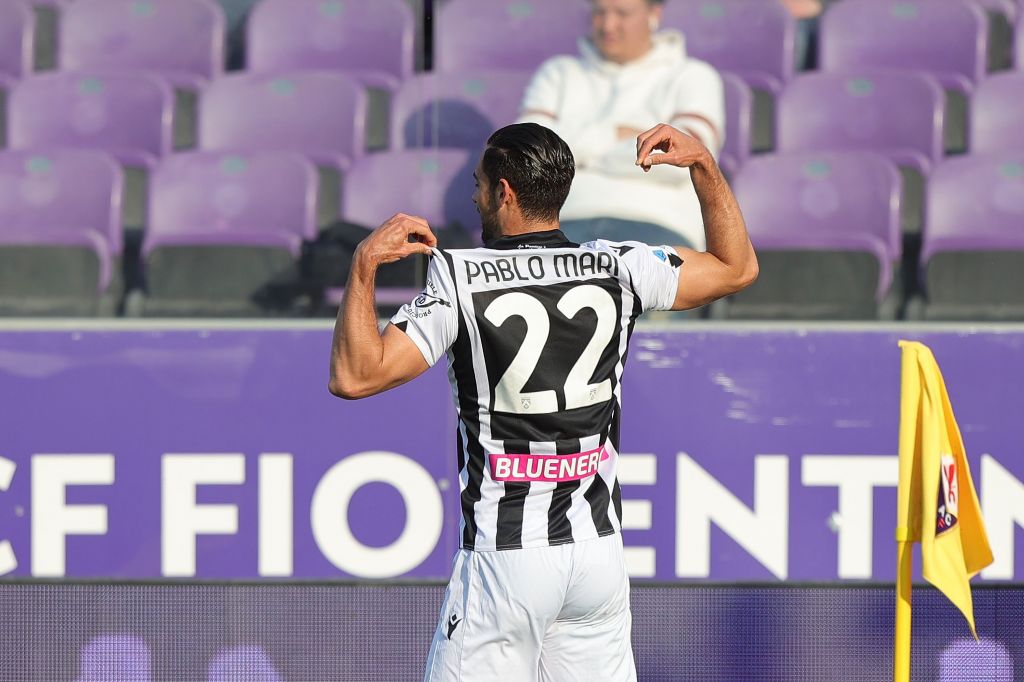 Pablo Mari’ of Udinese Calcio celebrates after scoring a goal during the Serie A match between ACF Fiorentina and Udinese Calcio at Stadio Artemio Franchi on April 27, 2022 in Florence, Italy. (Photo by Gabriele Maltinti/Getty Images)

“I think Ange Postecoglou should go to Arsenal to give his Celtic squad more defensive armoury – especially for the Champions League. I still feel the team still needs another left-sided central defender, especially if they want to make a real impression in the group stages of Europe’s top club competition,” Nicholas argued.

“I know Ange has Carl Starfelt and brought in Moritz Jenz for Lorient, who can play there, but I would prefer a natural left-sided player, somebody who is comfortable on the ball and good at playing out. I would like to see him go for a quality and experienced central defender, even if it is only on loan.

“The player I would try and get would be Pablo Mari at Arsenal. The Spaniard is experienced, is naturally left-sided, is a real presence and is a good, good player. The fact he is at Arsenal and had previously been at Manchester City shows the sort of quality Mari has. I know he has had loan spells at both clubs but he was out at Udinese last season and that again shows the level he is at. 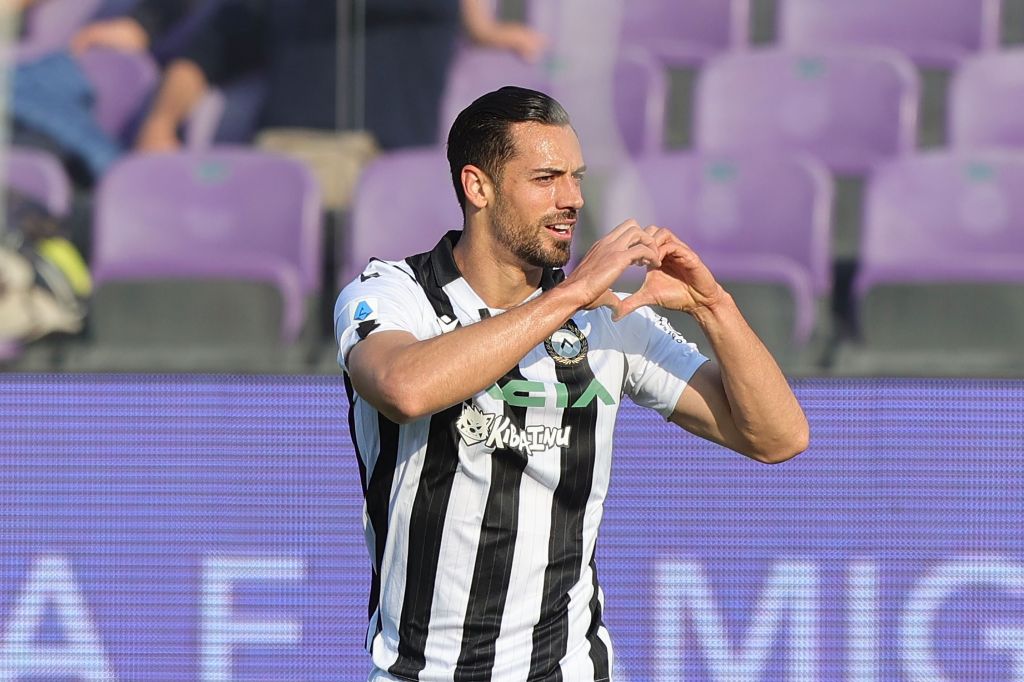 Pablo Mari’ of Udinese Calcio celebrates after scoring a goal during the Serie A match between ACF Fiorentina and Udinese Calcio at Stadio Artemio Franchi on April 27, 2022 in Florence, Italy. (Photo by Gabriele Maltinti/Getty Images)

“I think Celtic’s squad is stronger than last season but I don’t think they have taken a leap forward yet. Yes, I know it is early in the season and the new players are still bedding in but until Ange addresses the left-sided centre back then I don’t see Celtic taking that leap forward again. I think Starfelt and Jenz will get Celtic by domestically but they need to raise the bar again, especially for the Champions League.”

It’s easy for Celtic supporters to dismiss anything Nicholas says due to his track record dissing the club, but he has tried to turn a new leaf and he seems genuinely behind Ange Postecoglou. Celtic however don’t need Charlie’s advice and will be well aware of Pablo Mari, his contract situation and crucially whether he’d be a player that Ange Postecoglou wants to bring in.

“If this transpires then it’s a remarkable deal for Sky”. “From a business POV, it’s madness”
The Celtic Graves Society to Commemorate former Celtic player and director Mick Dunbar
Funeral of Celtic legend John Hughes
Previous ArticleJohn Hughes, 1943- 2022 – Yogi is well worth his place in the Valhalla of great Celts
Next Article Celtic coach in running for Motherwell job