You are at:Home»Latest»‘At Least Another Year’, Lennon’s Positive Edouard Update

Neil Lennon has given Celtic supporters a boost during the Coronavirus by confirming that he intends to use this extra time to deal with Odsonne Edouard’s future.

Scottish football may be shutdown for the foreseeable future; however, that hasn’t stopped Lennon from planning for the next few seasons and he wants clarity regarding Edouard.

The Frenchman currently has two years remaining on his existing deal but Lennon, who spoke to BBC 5Live, confirmed that he was keen to extend Edouard’s stay at Celtic Park. 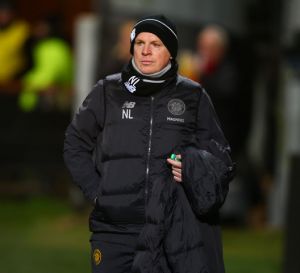 “The landscape has changed from where we were a month ago to now. There’s no doubt about that.

“It’s uncertain. Ideally you would like to keep your prized assets for at least another year anyway.

“If the market galvanises itself again, you could look at it then.

“There’s no question there’s going to be interest in him, but, ideally, we’d like to tie him down to another year on top of what he has already and keep him here.”

Lennon acknowledges that the state of the economy as a result of the global pandemic could affect the value of Edouard so the club are keen to retain him until they get a value that matches his worth.

With the future of the 2019/20 campaign still in the air – with Celtic 13 points clear – next season would see Lennon’s team pushing for a historic ten in a row. Retaining Edouard on a new deal would be a massive statement of intent by Celtic.