You are at:Home»Latest»“At that time Celtic was as big a club as any club in Britain,” West Ham boss David Moyes on playing for Celtic

David Moyes’ West Ham side are the visitors to Celtic Park tomorrow and the return to his old club is sure to bring back memories for the former Celtic full-back who is of course now the Hammers’ manager. Speaking to West Ham TV the former Celt fondly recalled his time wearing the Hoops and being part of Billy McNeill’s excellent title winning side that got the better of Alex Ferguson’s Aberdeen to win the title race in 1981/82 season.

Moyes is the first to admit that he was no world beater as a player but he got to wear the Hoops on 35 occasions before his move to English football signing for Cambridge United.

He made his debut as a substitute in a 4-1 League Cup victory over Hibernian at Parkhead on 15 August 1981 and almost made a sensational start to his Celtic career when, with his first touch, he thundered a header from a corner goalwards only for Frank McGarvey to divert his goal bound effort over the bar. 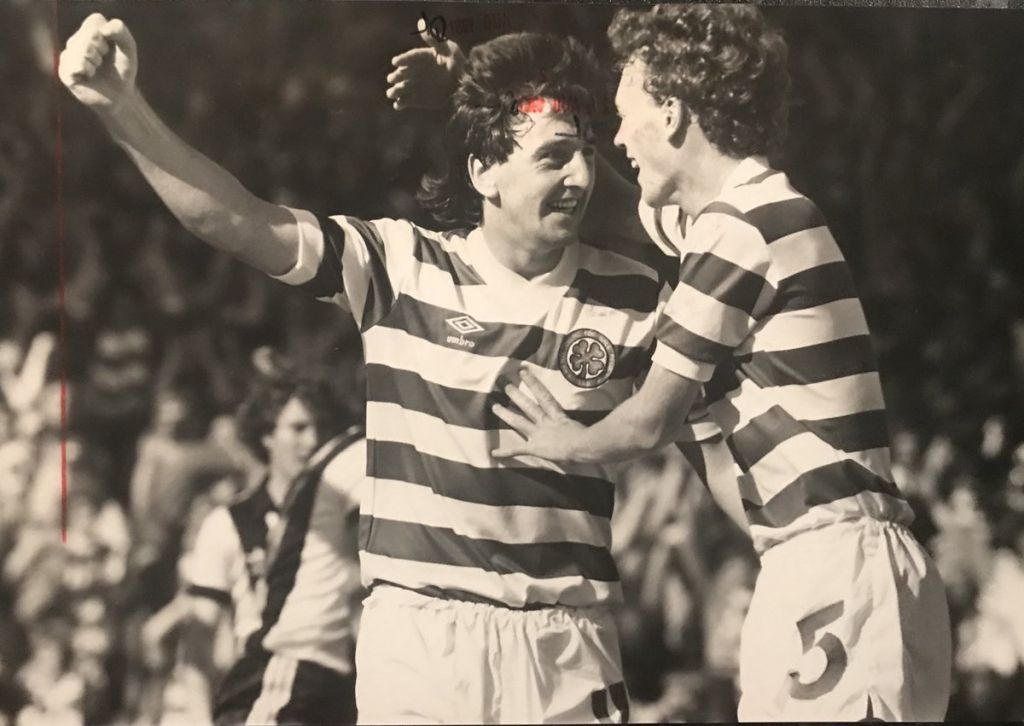 On 26 September 1981 Danny McGrain received a bad leg injury against Partick Thistle and this kept him out of the European Cup second leg in Turin against Juventus four days later. Davie Moyes was thrust into the side as Danny’s replacement, a position he was not used to. Although Celts lost 2-0 and went out on aggregate by 2-1, the young Moyes had given a great account of himself.

He stayed at right back until McGrain returned on 5 December and in this period he faced some of the best wingers in Scottish football such as Cooper (Rangers), Weir (Aberdeen) and Scanlon (St Mirren). He had a fine game against Rangers on 21 November in a 3-3 draw when he had a hand in two of Celtic’s goals. 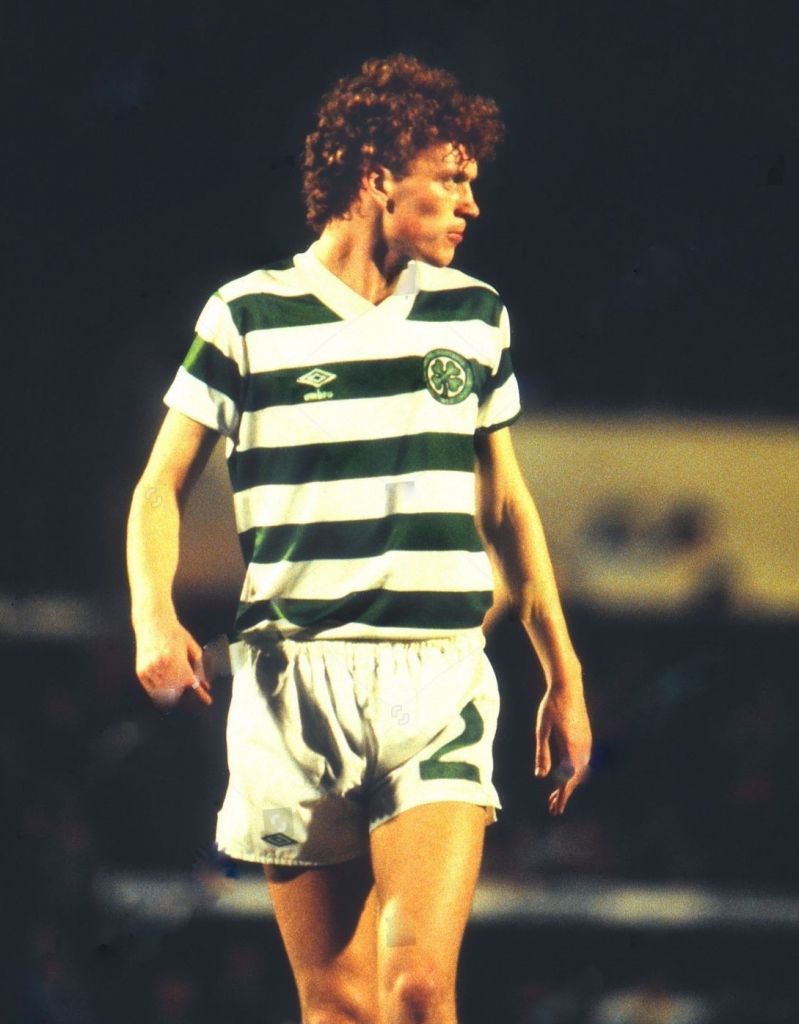 The following April, again against Rangers, he had a fine game as Celtic’s injury ravaged team rose to the occasion to win 2-1. These performances merited Davie Moyes a league winners medal and he was an unused sub at Parkhead on 15 May 1982 when Celtic beat St.Mirren 3-0 to clinch the championship.

He won a prime place in the side when he replaced the suspended Roy Aitken against Ajax on September 1982, Johan Cruyff et al, at Parkhead in the European Cup. He came on for Paul McStay in the second leg in Amsterdam as Celtic recorded a fantastic, if highly unexpected, 2-1 win to go through 4-3 on aggregate.

Moyes was now an established member of the Celtic squad and it was with some surprise that new Celtic manager Davie Hay allowed him to depart to Cambridge United in October 1983 for a fee of £20,000. Moyes later said of the move:

“Davie Hay made it clear I wasn’t wanted at Celtic Park, I left Celtic when I didn’t want to. Nobody wants to leave Celtic and it’s something I sometimes regret having done”. 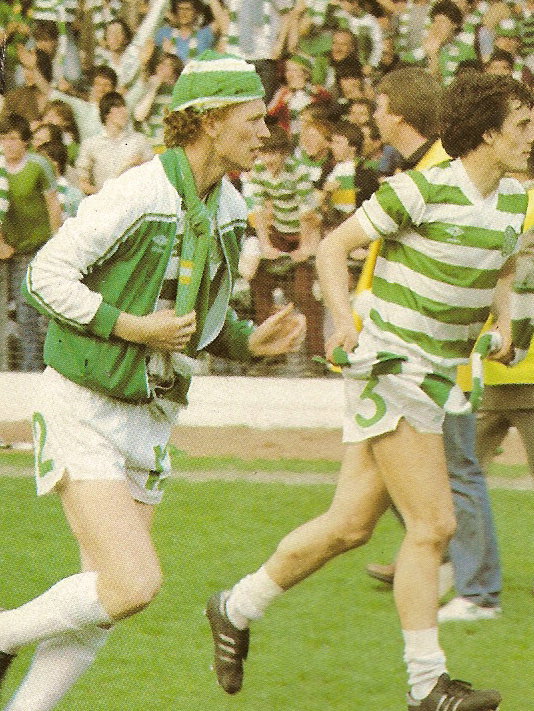 Ahead of tomorrow Moyes speaking to West Ham TV recalled his time at Celtic as he looked forward to bringing his Premier League side up to his hometown of Glasgow, where they’ll play in front of 18,000 lucky Celtic fans. Worth pointing out here that we’ve not been successful in any of the ballots so far as there’s been a few comments on social media about joining the fan media to get tickets in all the ballots – that is not the case as far as The Celtic Star is concerned anyway. Just putting that out there… 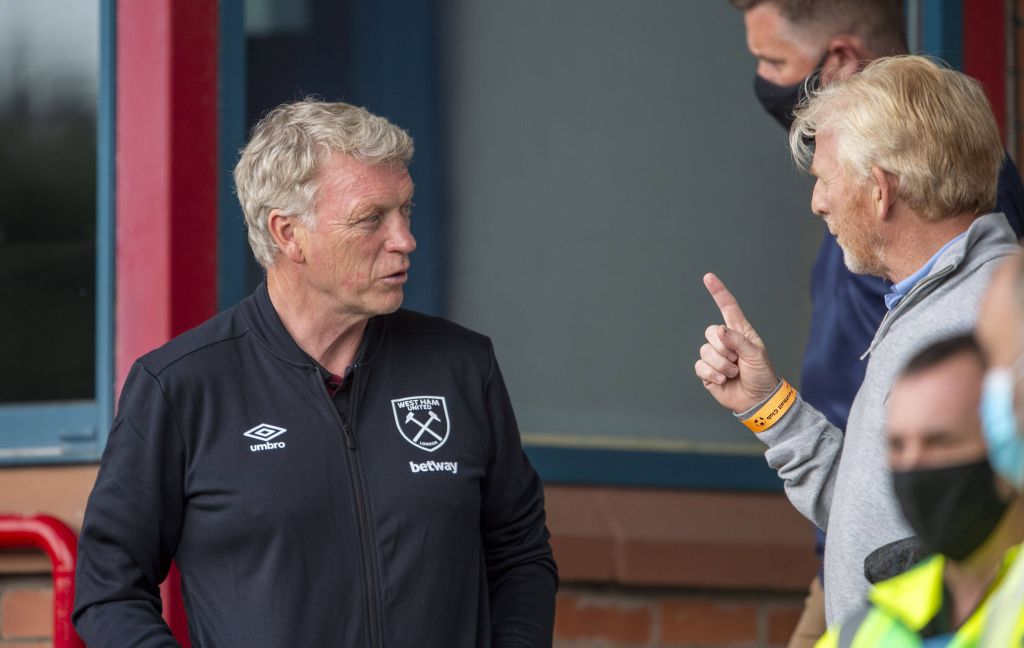 Sutton and McCoist blast Rangers after ex-Celtic duo refused entry
Horrific Pitch Admission from Livingston Boss as Celtic Fans are On the Road Again this Sunday
Celtic, Europe and the dreaded Second Ball

“Anybody who knows anything about football would say they’re excited about going to Celtic and I think there will be about 18,000 home supporters allowed in, which is fantastic,” Moyes told West Ham TV. “I actually thought it was good to have supporters back at Reading on Wednesday night because the players are having to get used to it again.

“What we’re really hoping for is for the first game of the season to get the go ahead with full stadiums, because that’s what we really want, so let’s hope that the way it is. We’re looking forward to the next game now.”

on his time at Celtic Moyes said:  “I wouldn’t put myself down as a heck of a player, but I played in a really good team and I got myself a Scottish Premier Division medal.

“The days I had there were great days. I played with some great players, stunningly good players, most of whom played for Scotland, and at that time Celtic was as big a club as any club in Britain.

“Glasgow is my city, so I know it well. I’ve got a lot of friends there, I’ve got my Dad coming to the game, so it’s great to be able to do that as well.”

Moyes was actually given the chance to manage Celtic in the spring of 2016 when Peter Lawwell approached both Moyes and Brendan Rodgers about the vacancy left after Ronny Deila’s departure.  The former Celtic player was reluctant, seeing his future in the English Premier League whereas Rodgers was immediately enthusiastic seeing the opportunity to make a real mark at the club he supported as a boy. Think how differently things might have been had Moyes wanted the job and Rodgers didn’t.

Previous ArticleVideo: David Potter remembers Charlie Gallagher on the Grand Auld History Podcast
Next Article Smell The Gloves: The Importance of Celtic Having a Reliable Number One