You are at:Home»Celtic Women»“At the moment it is absolutely irrelevant,” Fran’s focus on Dundee United

With a big cup tie on the horizon this weekend, Fran Alonso has told his players to forget all about that and concentrate instread on collecting three points this evening when Celtic FC Women visit Dundee United on Talladice Street for the very first time in SWPL1 action. 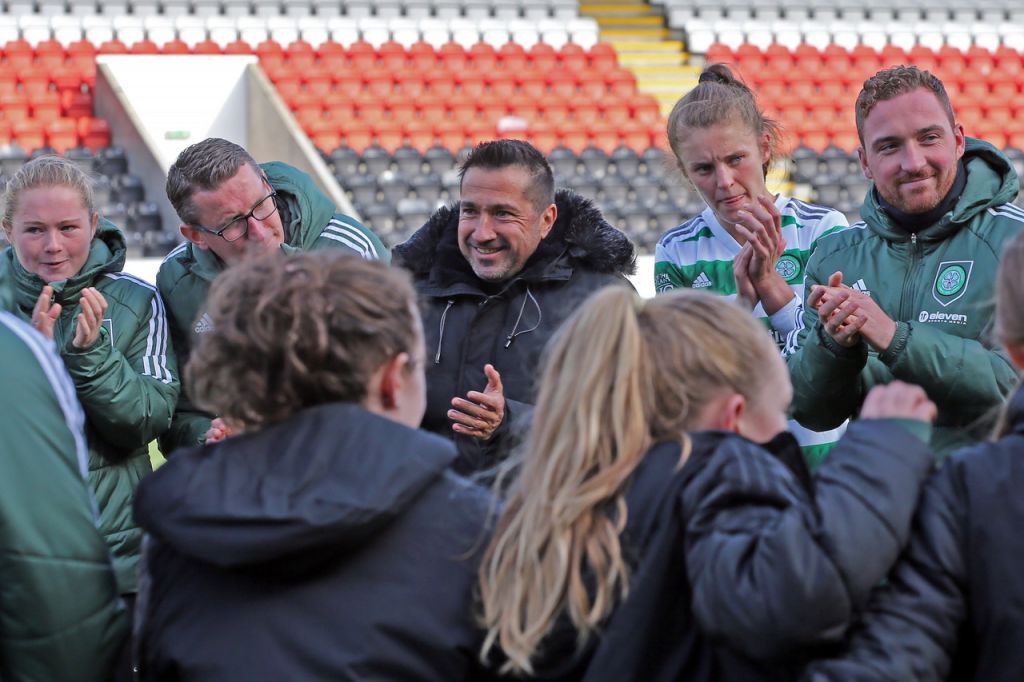 It’s been a perfect start to the season for Fran Alonso’s team with Celtic FC Women enjoying a 100% win record in the SWPL1 without conceding in any game. Yet they find themselves trailing the current Champions by a goal difference of just one. With them not playing this evening Celtic have a chance to go to the top of the league looking down on theRangers with a win against Dundee United.

Fran Alonso will continue to rotate his squad but for goalscoring threat is likely to maintain a starting place for Clarissa Larisey and Jacynta, both scoring at the weekend in the 7-0 win over Glasgow Women. Same again tonight would do just fine, Ghirls! 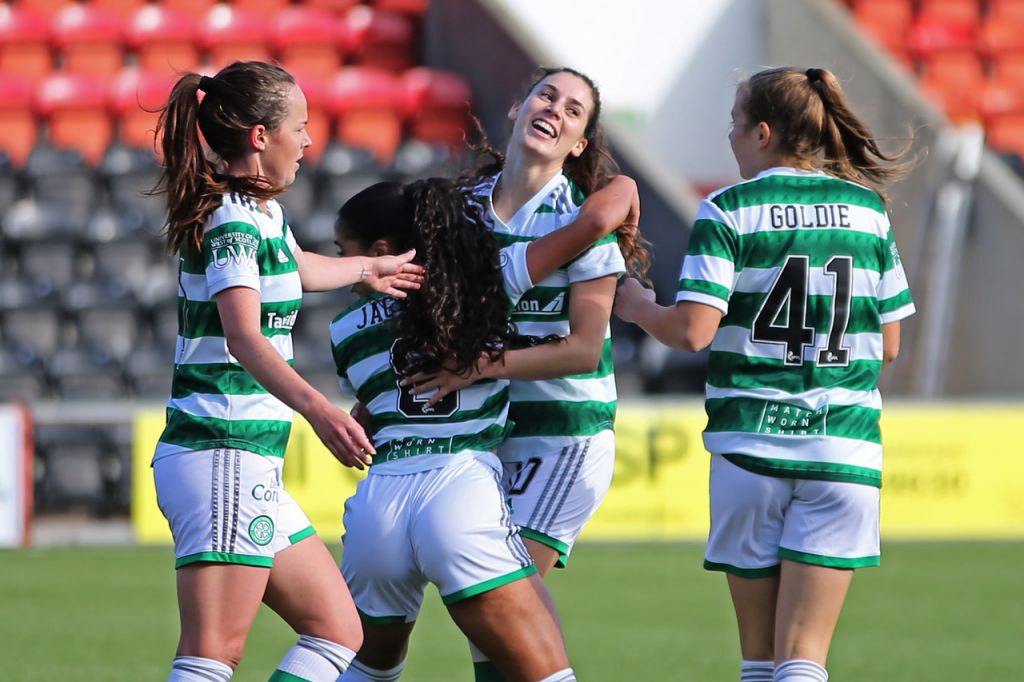 “We had two debuts on Sunday and we managed to rest some players, so these players will be fresh to play tomorrow or Sunday.

“It’s important to keep everyone motivated, working hard, fighting for a position and the team performing at the level they are.” 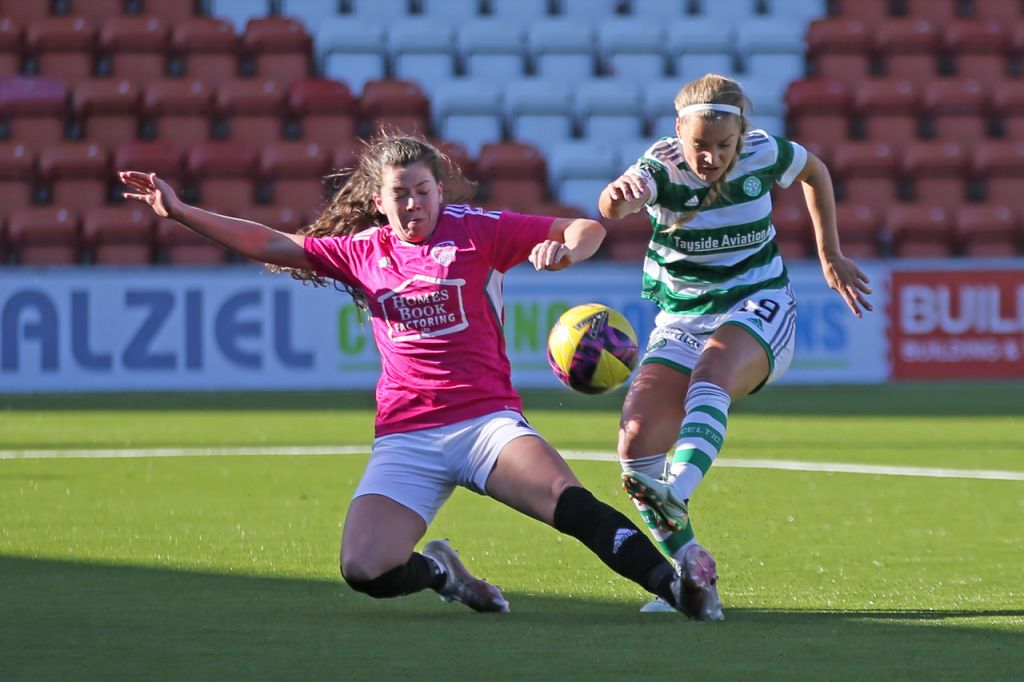 Celtic FC Women are back in SWPL1 action this evening when they travel up to Tayside to play last season’s SWPL2 Champions Dundee United. Alonso will continue to give opportunities to squad players to get minutes on the park.

“We’ll rotate the squad to manage the minutes and the load during the week but everyone is very excited and we’re looking forward to the game.

“Hopefully we can carry on building this great momentum we’re having and we’ll try our best to get the three points at a difficult place against a good team,” Fran said. 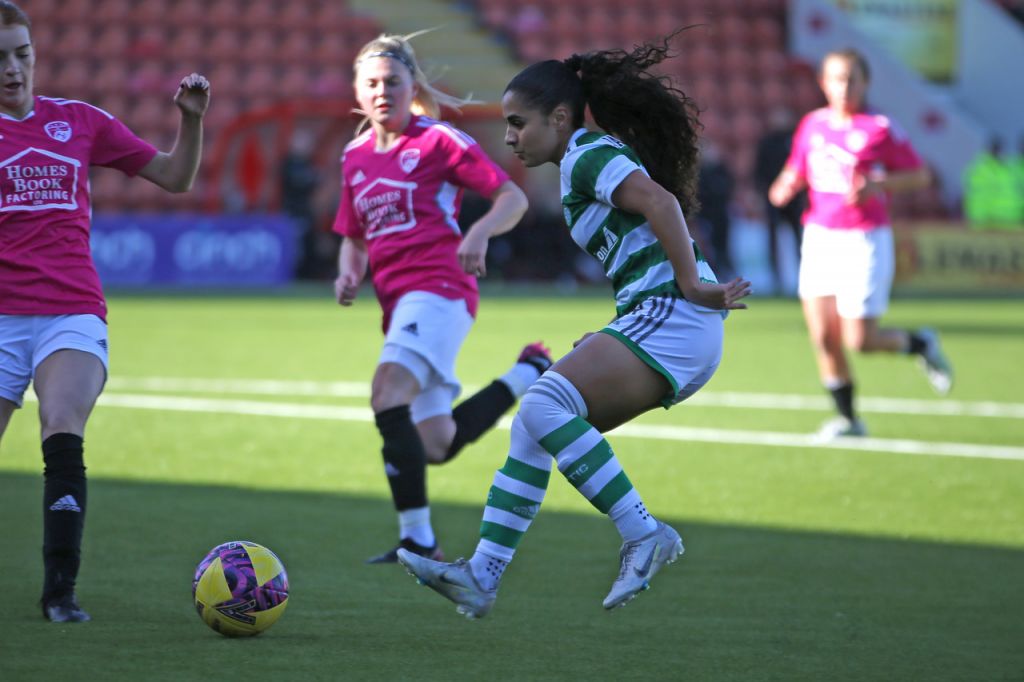 On tonight’s opposition Dundee United Fran Alonso said: “They’ve just been promoted, but they already have a few points on the table,” he said. “They are very good at attacking the goals, crossing from wide areas, and they’re quite aggressive and make good runs from second lines, so it will be difficult.

“We have to be very concentrated because they don’t need much to create a chance. They will be dangerous and have a very experienced player up front that has already proven she can score, so we know they are a threat.

“We’ve never played them before and we have done the analysis but we haven’t experienced that on the pitch. 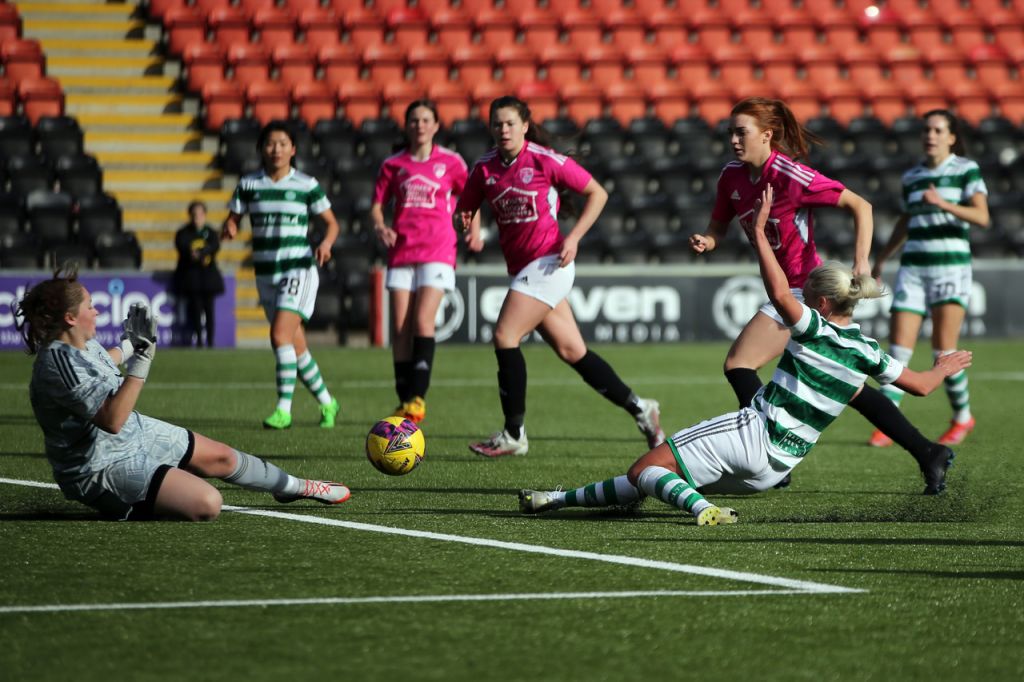 “We have a quarter-final but at the moment it is absolutely irrelevant. All our thoughts are on Dundee United. If we go there thinking about other games we will struggle and could drop points, so we need to focus on that game.”

🗣 "Eleven players can win one game, but only eleven players can’t win the league or qualify for the Champions League."@franalonsofa spoke ahead of tomorrow's trip to Dundee United#UTDCEL 🍀 #COYGIG pic.twitter.com/UdJQzXE701

Due to capacity restrictions, all season ticket holders must secure their individual match ticket (for free) using the online link. pic.twitter.com/g4uZkASMOH

Previous ArticleCeltic On This Day – 19th October – David Potter’s Celtic Diary
Next Article “We see a really bright future for him,” Bernabei praised by Postecoglou