You are at:Home»Latest»Australia celebrates as Celtic’s Wizard is pure magic down under, Riley McGree scored as well

With Matt O’Riley putting in a man of the match performance and Reo Hatate scoring a wonder goal in Celtic’s 2-1 win against Hearts last night, Tom Rogic has today been ensuring he is not out of sight and out of mind by running the show in Australia’s World Cup qualifying win over Vietnam, in a game a certain Mr Postecoglou would no doubt have been tuning into watch.

Rogic actually thought he’d scored after just 20 seconds; however, the goal was disallowed for offside – but he wasn’t to be denied.

First up our Wizard of Oz supplied the assist for Jamie McLaren’s 30th minute opening goal and then Celtic’s midfield playmaker got in on the act with Australia’s second goal to top off a brilliant first half performance, by chipping the Vietnamese ‘keeper right on half time.

Australia eventually went on to win the match 4-0 with further goals from Craig Goodwin and a certain Riley McGree – now where have I heard that name before? – but it was Tom Rogic who stole the show.

Rogic will also be missing for Celtic’s upcoming games with Dundee United on Saturday and probably the Glasgow Derby on 2 February, but the brilliant performances of Reo Hatate and Matt O’Riley have certainly covered the loss of Tom Rogic up to now. 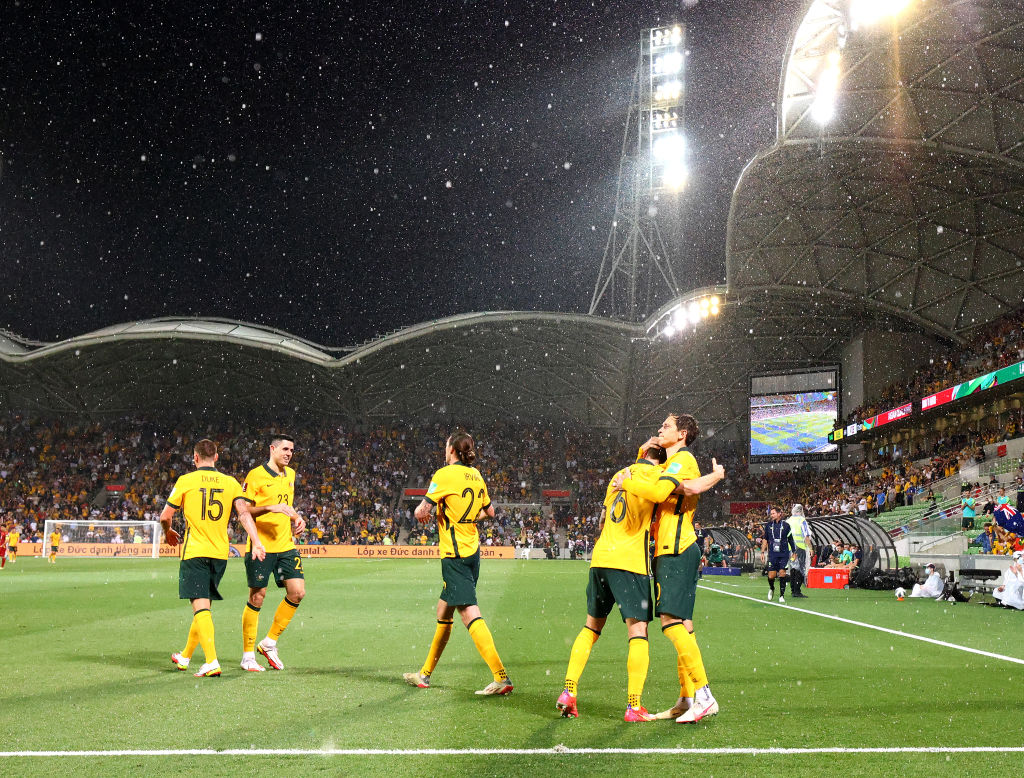 Yet he’s certainly ensuring his manager is aware that when he’s back he’s still the main man with a brilliant performance for the Socceroos in Melbourne.

Previous ArticlePostecoglou sends out ‘Reo just getting started’ warning, that goal with Japanese commentary
Next Article “The only target is to win the league, nothing else” Giakoumakis, “Intense. The atmosphere was crazy” O’Riley