You are at:Home»Latest»Australian media claims Daniel Arzani is set for Celtic return vs Partick Thistle

It is safe to say that Daniel Arzani’s Celtic career has not gone as planned. Since joining the club on loan from Manchester City, the Australian has only managed to make one appearance for the Hoops. Just to put that into perspective, he has made 6 appearances for the Australian national team.

Obviously that has been due to the ACL injury that he suffered on his debut against Dundee. That saw him miss almost a year of action but he made his return earlier this season for the Celtic reserves against Hibernian. And now it looks like the winger is set to return to first-team action as well when the Hoops take on Partick Thistle in the fourth round of the Scottish Cup.

Australian outlet The World Game believe that the 21-year-old could find himself starting on Saturday. Of course, that should not come as a huge surprise. Celtic currently lack depth on the wings, having sold Scott Sinclair and Lewis Morgan in the January transfer window. They will also be without Mohamed Elyounoussi and Ryan Christie against Partick Thistle. 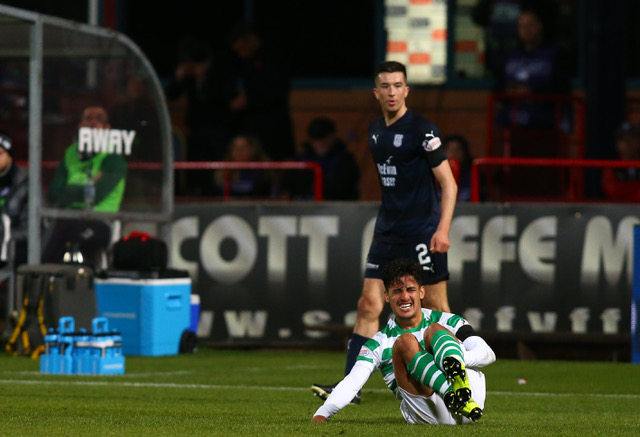 Thus, it provides the perfect opportunity for Neil Lennon to bring Arzani back into the first-team fold. And with his two-year loan spell running out at the end of the season, the Australian would be hoping to make an impact as soon as possible if he plans to make something of his time at Parkhead.

Previous ArticleAlan Hutton doesn’t believe Inter Miami move is best for Lewis Morgan’s career
Next Article ‘It was horrible. After the operation I couldn’t even lift my leg,’ David Turnbull’s knee op nightmare