Callum McGregor is in the Scotland starting eleven that will face Austria this evening at the Ernst-Happel Stadion in the World Cup qualifier. The Celtic captain is joined in Steve Clarke’s side by three former Celtic team-mates Craig Gordon, Jack Hendry and Kieran Tierney. 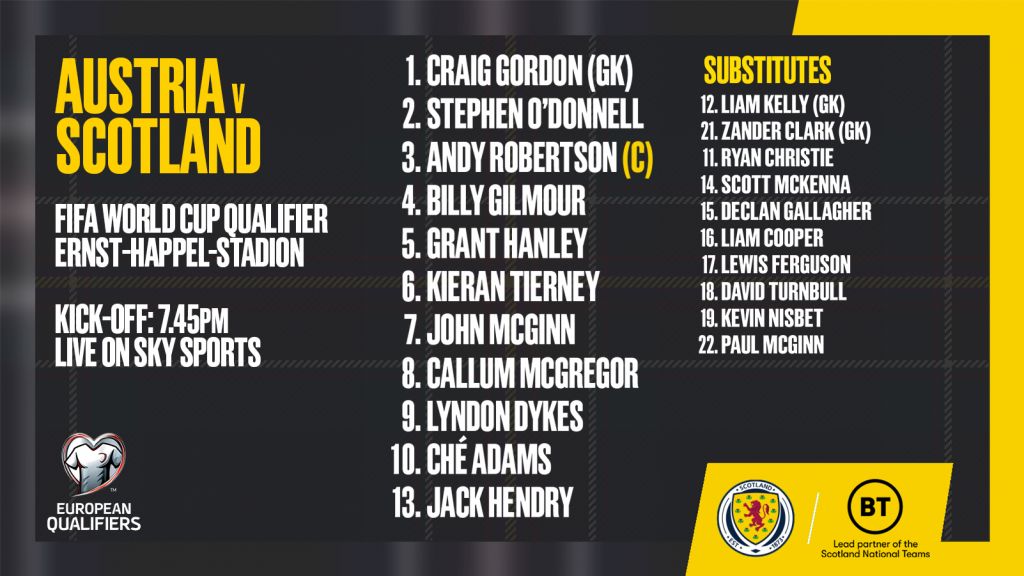 The game kicks off at 7.45pm and is live on Sky Sports. This is the third and final match in the international break so we can get back to watching Celtic on Saturday. Hope Kyogo is good to go!

Your Scotland team taking on Austria in Vienna this evening.#AUTSCO pic.twitter.com/HN68Y59WyH

Meanwhile Scotland Under 21s are currently drawing 1-1 away in Turkey with Glenn Middleton scoring from an Adam Montgomery cross. Hopefully they can hold out for the win and Steve Clarke’s Scotland can have a good night too. Best of luck to Callum McGregor and David Turnbull in Austria…

Major breakthrough as Celtic to complete Jota deal
On This Day: Celtic lift 4IAR with win over Inverness CT
Watergate drip, drip drip – Rangers fans attacked staff in the stadium kiosks who were trying to restock water
Previous Article“Physical discomfort,” Kyogo Furuhashi off injured for Japan and it’s believed to be an knee injury
Next Article Thomas Robert makes move to Belgium after Celtic and Burnley trials