You are at:Home»Latest»Backlash on social media against Lenny ‘just didn’t feel right,’ Hartson

JOHN HARTSON has hit out at the massive backlash that his mate Neil Lennon has had to endure on social media since the defeat at Ibrox on Sunday in the Dead Rubber. The title was wrapped up convincingly enough the previous weekend at Pittodrie and while Sunday clearly meant a great deal to the trophyless Rangers players, the Celtic stars clearly weren’t at the races.

Did you read Sandman’s Player Ratings on The Celtic Star yesterday? If not they are well worth checking out…

Writing in his newspaper column today Hartson reckons that the backlash from The Celtic support on social media has been way over the top.

Big Bad John reckons that “the treatment of him was a bit excessive against a guy who has meant so much to the club and the supporters. Some of the criticism he was getting was wrong.

“No one would have wanted to win that game more than Neil. We are talking about someone here who is meant to be loved and respected as one of our own. I respect every Celtic supporter’s right to their opinion, but the backlash on social media against him after the defeat just didn’t feel right to me,” Hartson stated.

“Ok, the team didn’t play well at all on Sunday, but that isn’t always the manager’s fault. You’ve got to look at the players. Lenny sends them out onto the pitch, and they have got to be strong enough to handle going into that cauldron at Ibrox. 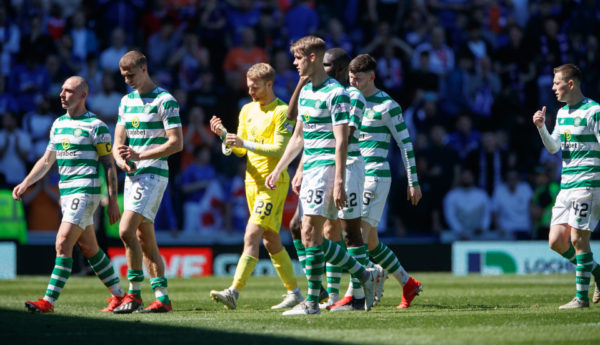 “There was an awful lot of anger and words thrown around that I just felt were misplaced in terms of where we are as a football club. We’re on the cusp of doing something very, very special here, so let’s get this season finished with three trophies and then take stock.

“It sounds ridiculous to suggest when the team are on the cusp of a historic treble Treble, but there have been times this season when the fans have been entitled to feel they want a little bit more,” Hartson noted in his column in Evening Times.

John Hartson: Neil Lennon hurting more than anyone after Rangers defeat – some stick was OTT https://t.co/dHdDW40dil

Previous ArticleFive Bhoys in Fitness Race ahead of Hampden, Lenny is Less Likely this Morning
Next Article Nos 5 and 9 on Celtic shorts, what dignity and honour mean in the Basque Country