Ryan Christie continued his brilliant form, scoring a brace and providing an assist in Celtic’s 4-1 win away at Ross County yesterday. The Scottish international has scored 15 goals and provided 10 assists in 27 appearances for the Hoops this season, which has led BBC pundit Tam McManus to label him “Celtic’s most valuable asset”.

It is hard to imagine that not too long ago, Celtic were ready to let Christie go. Signed from Inverness in 2015, the midfielder spent his first three seasons away on loan after failing to break into the first-team. It is only last season that Christie became a regular member of the Celtic team and has grown in leaps and bounds since then. He has followed up his 11 goals in 2018/19 with 15 goals already this season and we are only entering December. 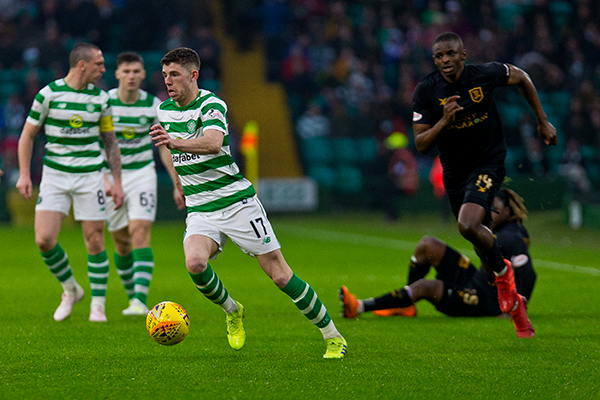 There is no doubt that Christie is one of the most important members of Neil Lennon’s team at the moment, but following his impressive performance in Celtic’s win over Ross County on Sunday, BBC pundit Tam McManus went as far as to label him as “Celtic’s most valuable asset”.

That is indeed a big statement considering that the fact that the likes of Odsonne Edouard, James Forrest, Mohamed Elyounoussi and Callum McGregor are also at the club. Any of those players could win a match single-handedly on their day. But having too many great players in the same team is a problem Celtic fans should not be too worried about.