You are at:Home»Latest»Mick Beale’s Latest Recruit Gets Ibrox Fantasy Makeover

With all the hoo-ha going on today with the news that the skint new-club from Govan managed to sign a Norwich reject, one would be forgiven for thinking that they had just pulled off the deal of the century over the way. However, those that know better than that can infer that it’s not as good a deal as it appears to be.

Despite this, those in the media in this country will dance to the tune of the Ibrox boardroom, and so we have to endure the endless sycophancy and fanfare that always accompanies such an inauspicious occasion. You don’t even bother questioning anymore as the denial is so deep with this mob your speaking into a void.

But they will not in any way, shape, or form egage with reality as has been pointed out ad nauseam to them for years. This deep-rooted denial of how their new-club is run and the events that caused the Rangers of 1872 to no longer exist in 2012 permeates every aspect of their belief-system. It doesn’t make for rational viewing.

Their latest piece of infantalisation over their new signing has been done by their media team who have quite clearly photoshopped this newest recruit to make him look more physically imposing and dominant than he actually is in reality. Remember when Sky Sports doctored the image of Morelos to make him look slimmer?

Well, congrats to the Ibrox media and PR team for this latest stunt… 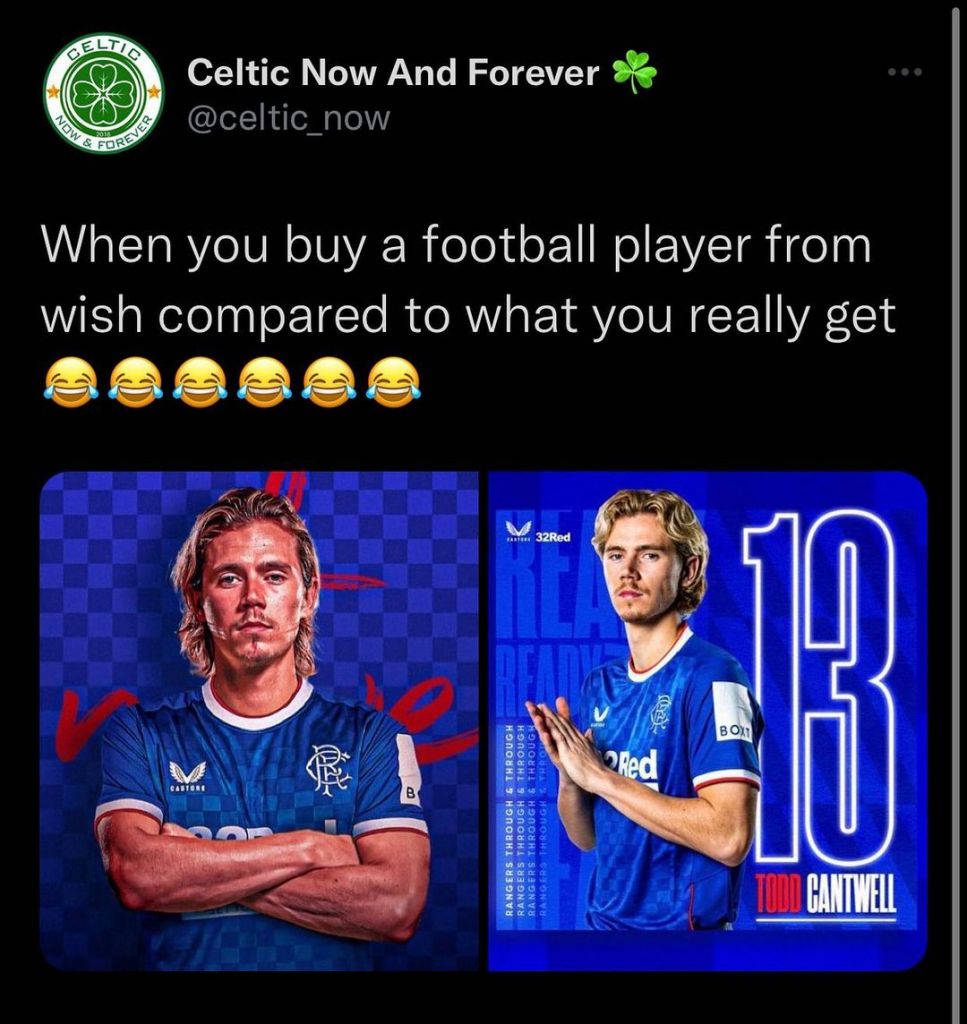 Unreal. In every sense of the word!