The Jota offside goal controversy from Wednesday night has gone from the SUBLIME finish from the Portuguese winger to the RIDICULOUS excuses that have seeped out as the heat intensifies on the incompetents running the Mickey Mouse version of VAR that has been imposed on the Scottish game by the Scottish FA. 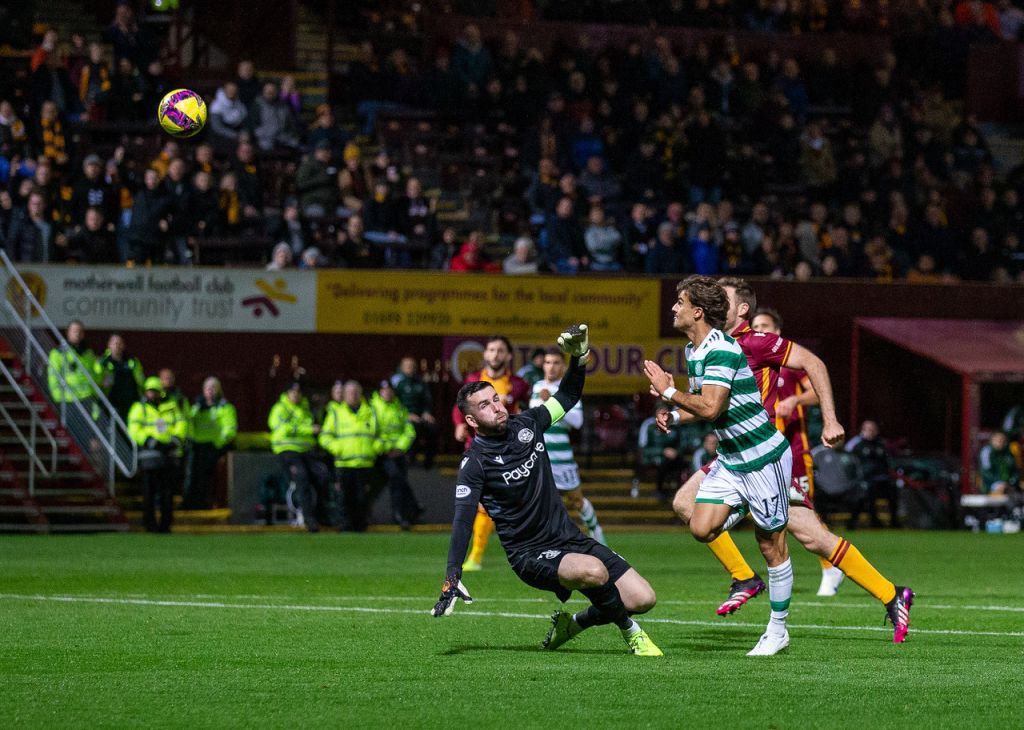 The Scottish Sun last night reported that Celtic were to COMPLAIN to the Scottish FA her the next few days and wanted answers on the inadequate angles used by VAR to ‘PROVE’ that Jota’s goal was offside on Wednesday night in the 2-1 win over Motherwell that keeps Celtic seven points clear at the top of the league, looking down on theRangers.

Celtic are apparently ‘BEMUSED’ at the VAR angle that was shown as it was meant to be capturing incidents at the other end of the park, as indeed it did later in the game to demonstrate perfectly well that the Motherwell goal was onside. 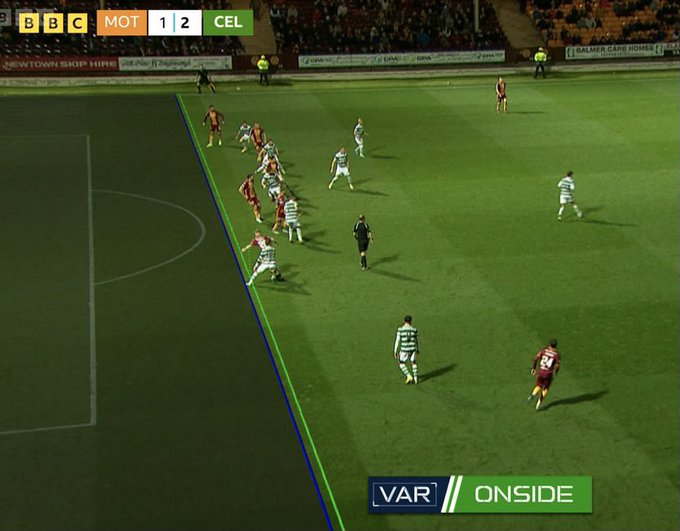 You can look at the above image of that goal and cannot conclude anything other than it was onside. It is called ‘CERTAINTY’ and that is something that this next image does NOT provide. 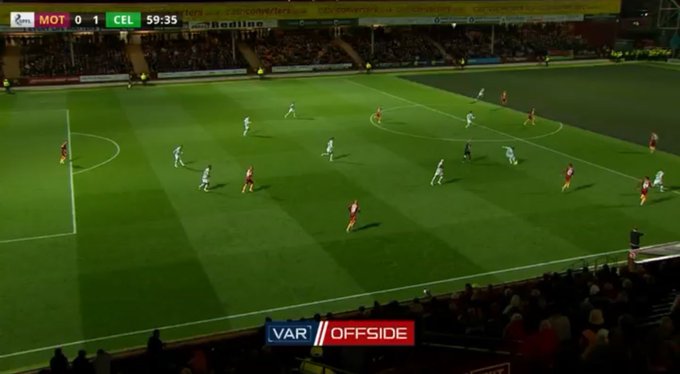 Alan Burrows confirmed on social media that Motherwell had cameras at both ends of the ground so why was the wrong one used to ‘DEMONSTRATE’ that Jota was offside?

“We facilitate the Scottish FA in placing them where they feel is most appropriate. There were a few site visits by SFA and Hawkeye and 18-yard positions were selected in both halves. We even got one upgraded (at our expense). Both were in operation last night,” the Motherwell FC chief executive revealed, in answer to a question from a Celtic supporter.

We facilitate the Scottish FA in placing them where they feel is most appropriate. There were a few site visits by SFA and Hawkeye and 18-yard positions were selected in both halves. We even got one upgraded (at our expense). Both were in operation last night.

It was apparently “A HUMAN ERROR” according to the Daily Mail today, the VAR equivalent of an “HONEST MISTAKE”.

“QTV camera operator on the 18-yard line in the Motherwell end mistakenly failed to record the incident, resulting in a less-clear angle being shown instead.”

The report in Scottish Sun says that the VAR team have doubled down on their belief that Jota was indeed offside – which their own image seems to contradict as does the footage of the incident from Motherwell TV. Yet despite this their best evidence is doubtful to say the least, ‘not proven’ as they say in the Scottish courtrooms. It is actually quite ridiculous to say that the VAR team are ‘CERTAIN’ that the goal was offside then have them produce that nonsense images as their reason for their certainty.

“It’s also understood that the camera in the other half of the pitch – operated by broadcasters QTV – WASN’T focusing on the play at that time, and instead was trained at the dugout area,” the Scottish Sun continues adding: “It’s thought the SFA have written to the broadcaster in question to make sure there is no repeat.” Well, that’s a relief.

So in summary the QTV camera operator messes up and misses the incident. The VAR officials rely on the camera from the other side of the park but arenevertheless CERTAIN that Jota was offside, despite the lack of evidence before their eyes while sitting 21.5 miles away in Clydebank.

And it’s hardly been an isolated incident when it comes to VAR controversies in Celtic matches, none of which ever seem to work out in our favour. The most blanket handball incident in the Scottish Premiership, shown below, remains the only one that Nick Walsh the referee and John Beaton the VAR operator decided was not a penalty kick.

So far this season…
Nick Walsh – Not a penalty. pic.twitter.com/zbnCvlnw7b

This Mikey Mouse VAR is not fit for purpose and the bias is seeping through it at every opportunity. And Celtic should today come out and say exactly what their thoughts on the matter are so that the supporters know, rather than making sly late-night briefings to the Scottish Sun.

#Celtic below par but got the job done, despite slack passing creating self-inflicted problems. Maeda took his goal superbly & I felt Jota did the same. The VAR angle shown on TV disallowing it,was a joke. It poses more questions about Dickinson, Walsh & co & their role with VAR.

If this is the best camera angle they can call an offside on then they want to chuck it immediately. It’s a Mickey Mouse Poundland version and is no use to anyone. The tackle on Starfelt was also a straight red with a paltry yellow given. Get your act together on this nonsense! pic.twitter.com/rAutZZzaa2