Scott Brown has received incredibly high praise from the family of Billy McNeill as the Celtic captain brings down the curtain on a fourteen year stay in Glasgow’s East End. Brown will join Aberdeen at the end of the season and the family of McNeill have paid an emotional tribute to Brown.

Speaking to the Celtic website, McNeill’s son Martyn got in touch to praise Brown ahead of his final two games as club captain. If every there is high praise for a Celtic captain, it would be from McNeill’s family and to be told that the legendary captain, manager and great man would be proud of all your contributions to the club that you both had the privilege of captaining.

“On behalf of our whole family, we are delighted for Scott’s record as a 9-in-a-row-winning Celtic captain and all his other contributions to the Club to be recognised at next week’s match.

‘No one would be better placed than our father to appreciate what it takes to be a successful Celtic captain and we know he would be so proud of Scott’s achievements.’ 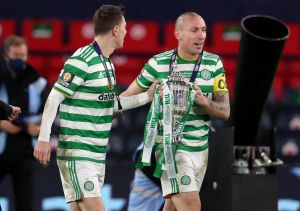 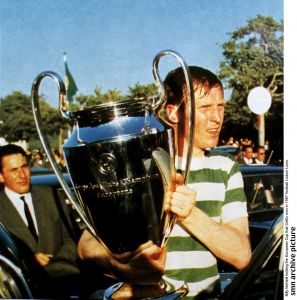 “The leadership, commitment and passion Scott has shown through his time at the club is a major factor in Celtic having won so many trophies and of course making history in a quadruple treble.

“No one would be better placed than our father to appreciate what it takes to be a successful Celtic captain and we know he would be so proud of Scott’s achievements.

“Scott is someone who has given nearly 15 years of his life to Celtic and throughout this time has represented the Club brilliantly. We are sure fans will be eager to pay tribute to such an important figure.

“As a family, we thank Scott sincerely for all he has done for the Club and we wish him and his family nothing but success for the future.”

Brown is expected to make the transition into management and you cannot rule out seeing him in the Paradise dugout at some point, although it will be a shame to see the player leave after this season. Brown will leave Celtic with a colossal 22 trophies and leaves as a Celtic legend. It will be hard to replace the tireless midfielder but it is something that the club need to try and achieve. The 35-year-old overtook McNeill as the record European appearance holder for Celtic.

Brown was an integral part of the 9IAR run as well as the Quadruple Treble. The arrival of Brendan Rodgers in 2016 rejuvenated Brown and he has continued to dominate the Celtic midfield, be an excellent ambassador for the club and be a superb role model for young players.