You are at:Home»Latest»Bobby Murdoch, 1967-69 – Simply, the Greatest Player on Earth

Not the least of the problems that faced Jock Stein when he arrived at Celtic in March 1965 was what to do with Bobby Murdoch. 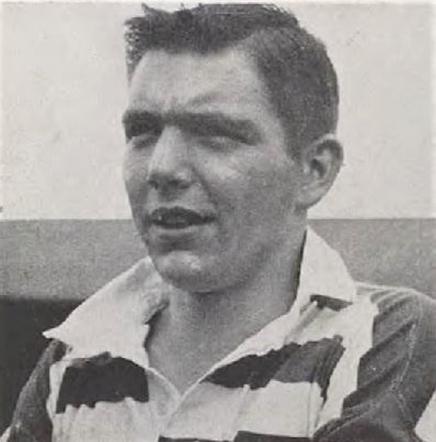 Since his debut in August 1962, no-one had denied that the boy had talent – but there had been little doubt that he was also an under-performer who promised a lot more than he delivered. It was of course very easy to blame it all on the chaotic set-up at Celtic Park where seldom did a settled team ever get a chance to deliver without some crazy, whimsical change, and Murdoch suffered more than most in this regard.

He missed a late penalty at Ibrox on New Year’s Day 1965 which would have given 10-man Celtic a more than deserved draw, and the poor boy was now at rock bottom, seriously considering asking for a transfer, emigration or giving up football altogether. It was a very low point in Murdoch’s and Celtic’s life. 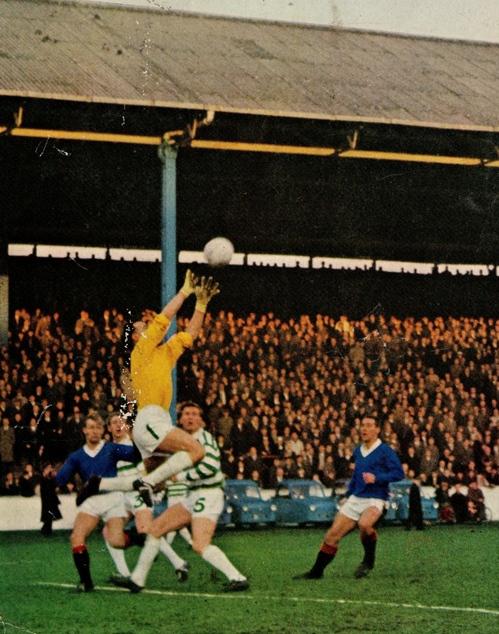 And yet perceptive supporters, not least a primitive Celtic fanzine called “The Shamrock” which appeared with trenchant but usually accurate comments on cheap paper from an Edinburgh base, were bold enough to ask whether Murdoch was in the right position when played all over the forward line?

In particular he seemed to find it difficult to do do his best with the ball when it came onto him from behind, as it were. Might it not be a better idea to play him further back in the right half position?

The idea had been tried once or twice before Stein arrived, but with no great success in the general mayhem of Bob Kelly’s team selections, but Stein on 20 March 1965 tried it out at Dens Park, Dundee. The game was entertaining but not a great Celtic performance – 3-3 draw with some awful defensive lapses – but Murdoch dovetailed well into his new position with some fine balls finding their way to Jimmy Johnstone. On the Monday, Murdoch was back at inside right and played poorly as the team went down 4-2 to Hibs, Scotland’s best team at the moment.

Stein had seen enough. He was now convinced that Bobby, hitherto a disappointing inside forward, could become a world class right half – and he told him that!

He backed his judgement by playing him at right half in the Scottish Cup semi-final at Hampden against Motherwell on Saturday 27 March. Once again, Murdoch played well – but the team didn’t particularly – and a 2-2 draw was the result.

But it was the replay that really made the difference. Stein clearly had told Murdoch not to be shy, to go in hard, to take a grip of the game and to stamp his personality all over it. Bobby did just that, the team won 3-0 and one of the best careers in Celtic’s history was launched, or rather re-launched.

Murdoch at right half soon became the key dynamic in the emerging team and it was not long before terms like “world class” began to be used.

The Cup was won in 1965 – and from them on, neither Celtic nor Murdoch ever looked back. Bob Kelly had, apparently, once button-holed Stein to ask whether this was the right way to use a man who was, by nature, a forward. Stein’s reply was apparently polite (Kelly was his Boss, after all) but firm. “You’ll see how good a wing half he is!” 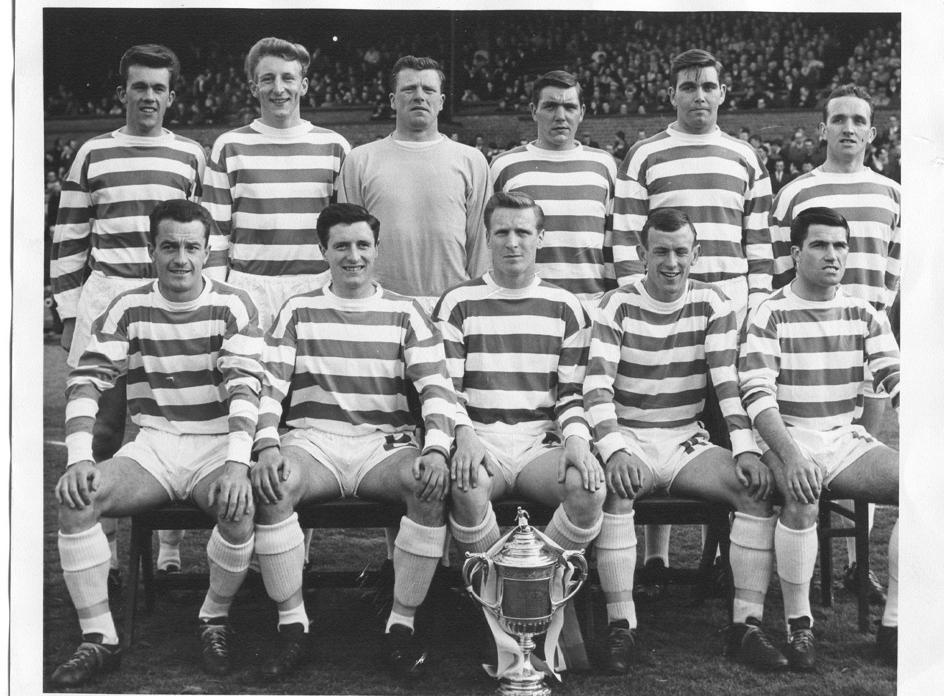 All this was part of an evolution as well. Not all of us realised it at the time, but I had a good friend who actually played for East Fife and was a Celtic admirer if not an actual supporter, and knew a lot more than most people about the geometrics of field positioning and team formations.

He pointed out that Celtic were gradually changing from the 2-3-5 traditional Scottish formation to 4-2-4, and that Murdoch and Bertie Auld were becoming what was known as the “midfield” of the team.

4-2-4 had hitherto been despised as “continental” and “defensive” and “boring”, but of course, team formations mean very little in comparison with the quality of the men playing in them. This team was fit, lean, well managed and had Bobby Murdoch in it with his characteristic ability to chest a ball down, charge through and deliver an excellent pass to the feet of Johnstone, or two or three yards ahead of the speedy Lennox or Chalmers who could run on to it. It was football history in the making – and the results told their own tale. 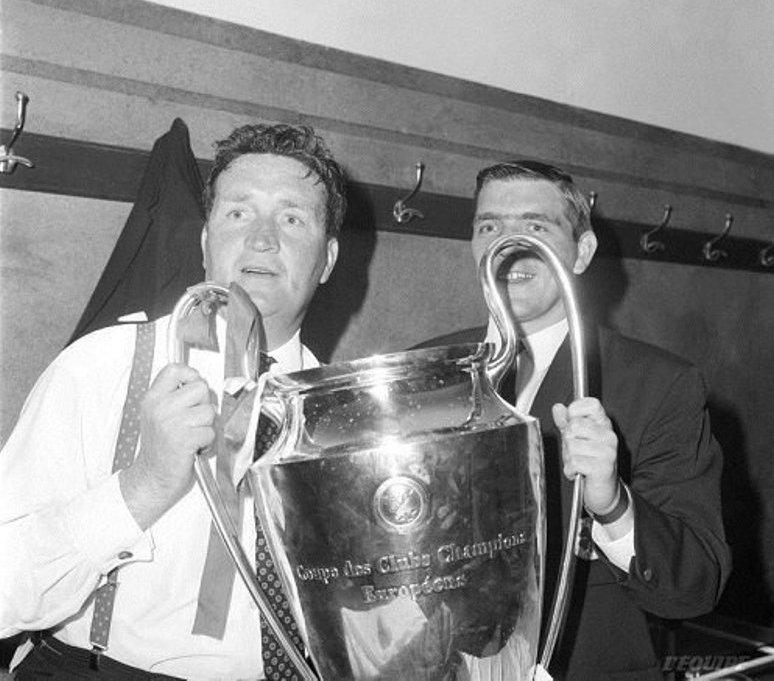 When asked who was Celtic’s best player in the Lisbon era, it is of course very tempting to say Jimmy Johnstone. He has a very strong case, as indeed do Billy McNeill and Bertie Auld, but I am inclined to go for Bobby Murdoch because he was the power engine of the team, the boiler house – and he had very few bad games.

Fortunate to see him in his early days and in his moderately “good enough” days of 1964, I have to use the word “privileged” to describe my lucky star when I saw him at his best in 1967, 1968 and 1969. He was, quite simply, the greatest player on earth. 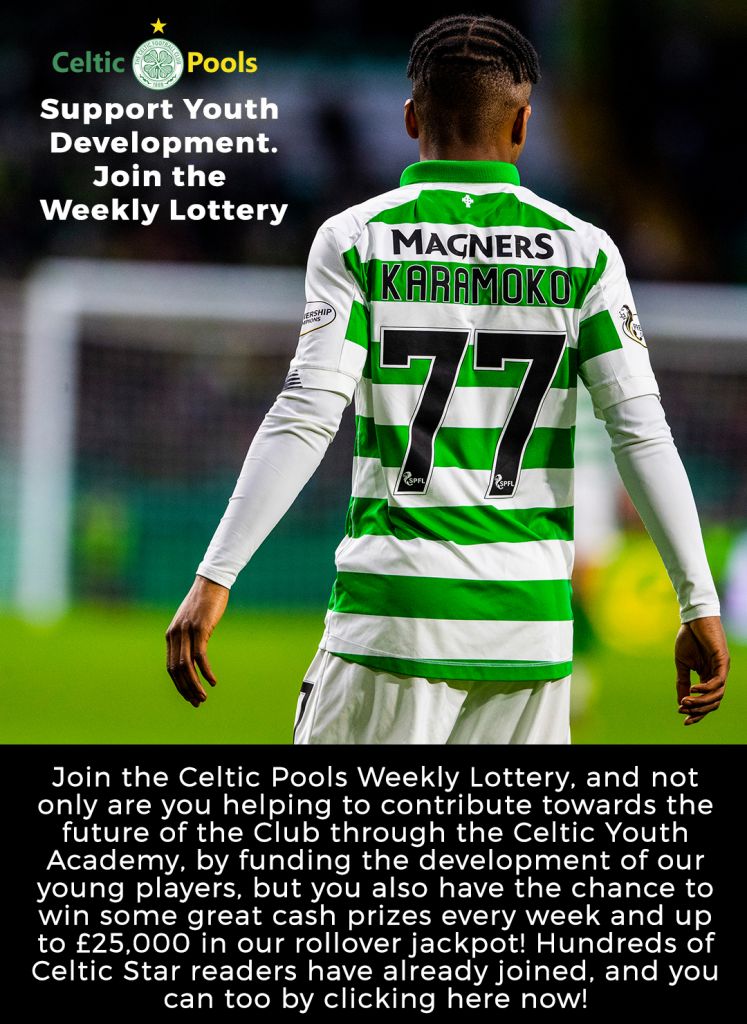 Previous Article‘Be very, very careful about this notion of putting an asterisk after Celtic’s 9-in-a-row’
Next Article Celtic were in the Doldrums in the early 1960s