You are at:Home»Latest»Bolingoli trains alone as Celtic exit seems inevitable

Boli Bolingoli has been training alone in Belgium, suggesting that there is no way back for him at Celtic. The full-back joined the Russian side FC Ufa before the Russian invasion of Ukraine resulted in players having their loan agreements curtailed.

The Belgian posted on his Instagram account a video clip of him running at Maluka Football Training Centre in Antwerp. The fact that he is training alone and not even in the country suggests that his time at Celtic is coming to an end. Aged just 26, Bolingoli has a year left on his deal at Celtic but you would imagine efforts would be made to offload the left-back in the hope of recouping some of the outlay paid back in 2019. 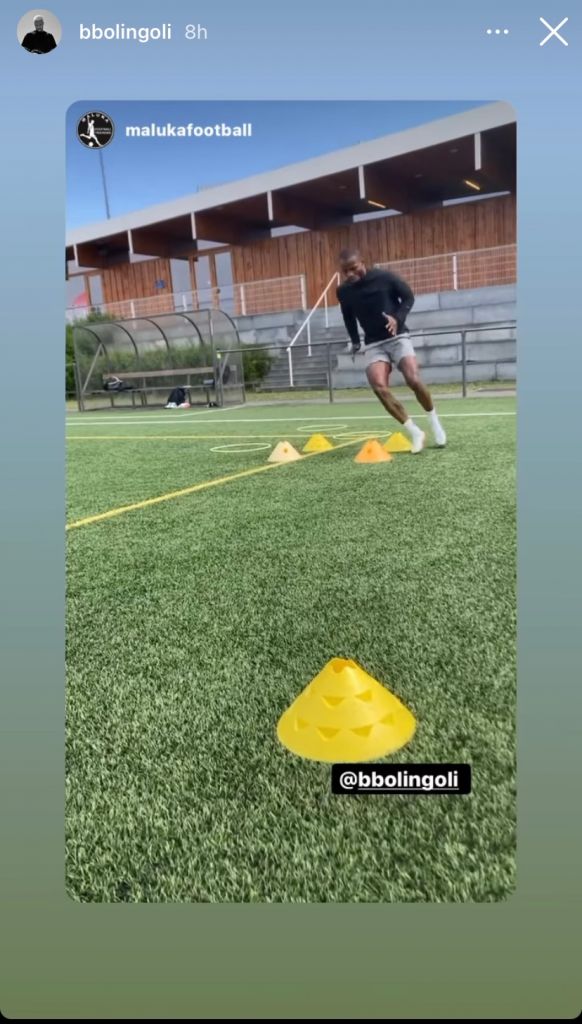 The player signed from Rapid Vienna in the Summer of 2019 for £2.5m and impressed initially but injuries resulted in Greg Taylor and Jonny Hayes deputising at left-back. The following year was a disaster for Bolingoli after he broke COVID-19 rules. The player was offloaded on loan to Turkish side Istanbul Basaksehir as a result of the public shaming that took place following the player’s decision to go to Spain for one night and failed to quarantine when he returned. Taylor was joined by AC Milan’s Diego Laxalt but it was evident that neither were good enough to hold down a starting place last season.

Taylor is still at the club with Liam Scales as his deputy. However, the performance against Bodo/Glimt showcased that Taylor may improve with another quality option in the left-back berth. Bolingoli has made just two starts this season, away to both Livingston and Motherwell in the first half of the season but since then he has fallen off of the radar with Scales overtaking him.