I was privileged to be allowed to see some of this book in the early stages. I was impressed then, and now that the book has appeared, I remain impressed and even overwhelmed by what is a vivid, readable and informative account on the rather tawdry, sordid and sometimes dishonest world of football economics. But it is also a world in which the basically good people like Fergus McCann and Brian Quinn can win through, albeit at the cost of intense vituperation from those who really should know a lot better. 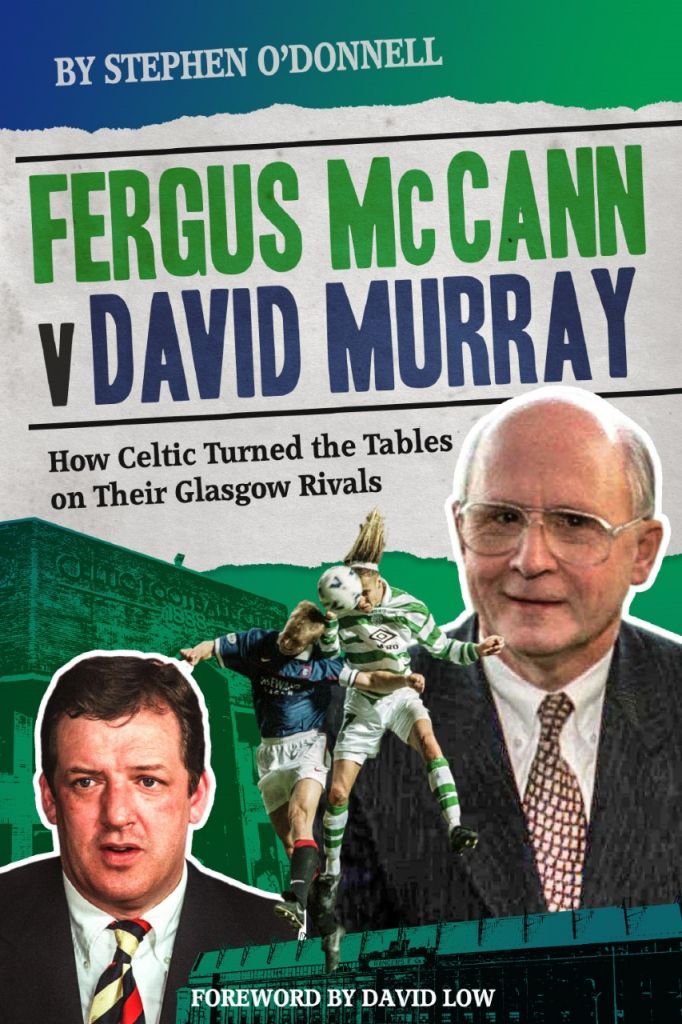 The author clearly understand economics very well and has gone to painstaking research to find out more. I think we all now the bare bones of the story of the rise and fall of David Murray (maybe that should read the “escape” of David Murray!) and the fall of the Kelly regime and the rescue by Fergus McCann. Where this book excels is that it backs up the story with detail and fleshes out the narrative, along with a very lucid and detailed account of the football that was going on at the time, and how Celtic are now clearly on top in the area that matters – the winning of trophies.

Two institutions come out badly. One is international banking. Having never been a capitalist nor an apologist for its excesses, I have no problem in accepting the veracity of what Stephen O’Donnell says. And the other is the press and media. Although this is not an indiscriminate attack on the profession (good journalists like Archie Macpherson and Graham Spiers come out well) the author pulls no punches in attacking the likes of Hugh Keevins and Jim Traynor for their sycophancy and ultimate dishonesty. SKY TV (described at one point as “Anglocentric merry-andrews”) is correctly seen as a baleful influence on Scottish football.

One should, I think, feel anger at reading this book. Recent sad events have shown us how much we depend on our National Health Service. It needs every penny it can get to keep us all alive and well. Yet how much has it been deprived of through the corrupt dealings of those people? (I incidentally see no difference between “tax evasion” and “tax avoidance” – they are both the tools of crooks!). Is there anyone at Ibrox who has any conscience about this? What about the players who profited from such graft? One hopes they do not need, at any point, the NHS which they have so shamefully cheated. I need the NHS. That is why I am angry.

But thank you, Stephen O’Donnell. A brilliant book, and well worth £19.99. A good book for those still on lockdown, or for someone’s Christmas or birthday! Available via Amazon and also at selected Waterstones stores, see below.