CELTIC were reportedly courting Jordan Ibe in January as they weighed up a move for the Englishman but decided against a move. This summer, the attacker will be available for free.

The 24-year-old has been told that his contract won’t be extended according to Sky Sports, even if the English season is extended. Ibe, who joined the Cherries for £16m from Liverpool has struggled since his move from Merseyside scoring just 5 goals in 92 appearances over four seasons.

Celtic could be interested in signing the player as the economic effects on Coronavirus remain unclear and a player that will be hungry to rekindle their career could work for both parties. Ibe was reportedly a target for Celtic last year but no such move materialised.

Ibe has failed to capitalise on the early promise he showed at Liverpool, having been compared to former teammate Raheem Sterling.

Should Celtic fail in their attempts to lure Moi Elyounoussi back to Glasgow, a move for Ibe could be an option for Nicky Hammond and Neil Lennon to consider. 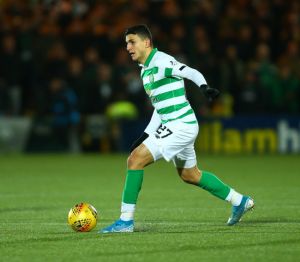 Gary Penrice said last month that the club were watching 240 players. The Head of Recruitment is casting his eye across the Europe as Celtic look to strengthen their ranks ahead of a push for 10IAR.

Whilst Celtic already know the merits of targets like Fraser Forster, Moi Elyounoussi and Paddy Roberts, Penrice will be scouting the global transfer market for potential signings with a view to bringing them to Glasgow in the future.

The chances are that these won’t be marquee signings given the financial state that Scottish football finds itself in, which means that any decision to sign players needs to be worth it.