You are at:Home»Latest»Sugar Ray Robinson and the Boxing Bhoys. The day Muhammad Ali visited Celtic Park and got to meet Big Yogi
Showing 1 of 1

World boxing champions who had an affiliation with Celtic and Celtic Park… 20 August 1964 and the boxer who is considered the best pound for pound fighter in the world is happily drumming away at a live recording of the song “CELTIC, CELTIC” in the Highlanders Institute in Berkeley Street which is adjacent to Charing Cross, Glasgow.
And here is the very recording…!

Earlier in the week Sugar Ray Robinson had visited the Scottish capital Edinburgh before heading to Glasgow where he kicked off the opening game of the season between Rangers v Dunfermline at Ibrox before a crowd of 40,000. This was all part of a promotion by ex boxer Peter Keenan who was reputedly paying £500 per night to put up Sugar Ray, his manager and secretary in Giffnock’s MacDonald Hotel.

Sadly Sugar Ray was to lose the non-title fight on points to Cork born Mick Leahy who was one of a family of sixteen.

Or later on 18 August 1965 the Greatest of them all Muhammad Ali visited Celtic Park after touching down in Glasgow ahead of his fight with Jimmy Ellis at Paisleys ice rink, the visit did not go as planned after he was booed and jeered by the fans, again this was a promotion campaign led by Glasgow boxing promoter Peter Keenan.

John (Yogi) Hughes one of the Celtic players who met Ali that day says “He was massive; a huge guy. I’m a big guy myself but he had a tremendous physique.

“He wasn’t there very long and we were a wee bit overwhelmed to be honest.” 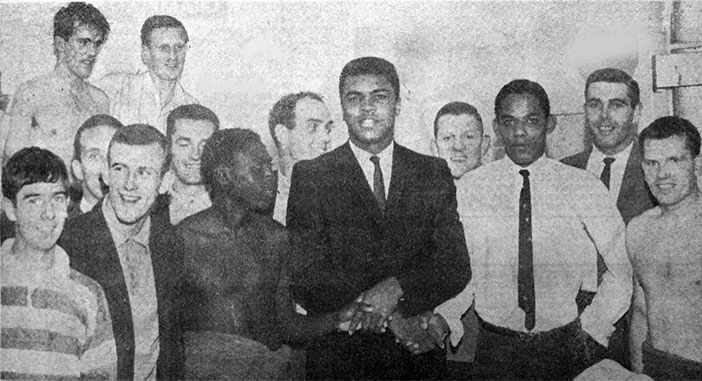 “How would you like to look after Freddie?”  This was the question put to Jimmy Steel, the Celtic Masseur, and the Freddie in question was none other than Freddie Mills who went on to be World light-heavy weight champion who wanted Steelie to travel all over the world with him, He would say… “You’ll be a bigger sensation than me”.

Steelie’s time with Celtic spanned nearly 50 years, unpaid at his request I may add, working with managers like Jimmy McStay, Jimmy McGrory, through to Jock Stein and Billy McNeill, Ex-Celt Andy Walker once recalled a story that Steelie told him:

“Steelie was one of the characters who had a million stories and one in particular tickled me when he was recounting the times he had with the famous boxer Freddie Mills. Before one fight Freddie had been telling Steelie of how good he felt after one of his rubs. Jumping off the table Freddie declared himself unbeatable because he felt so good and invited Steelie for some shadow-boxing. Poor old Steelie was so tired after all the training and massaging that he couldn’t get out of the way of one of Freddie’s punches and ended up with a broken nose!” 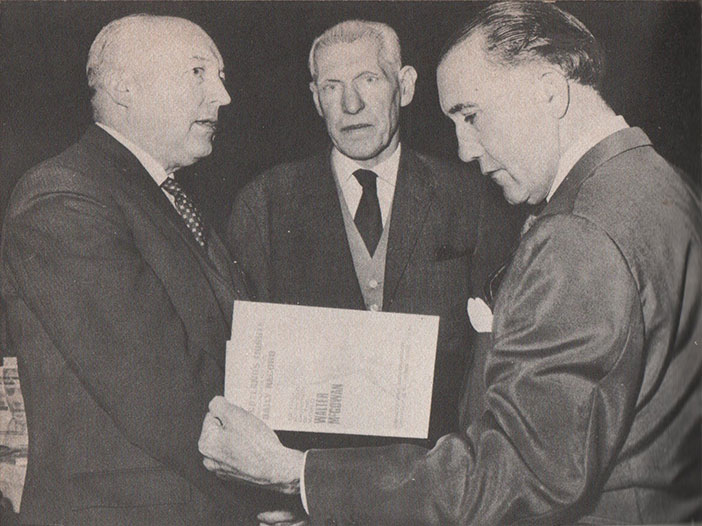 To trace the first boxer to appear at Celtic Park we would have to go all the way back to 26 May 1894 when the greatest pugilist of them all James J Corbett attended and kicked off the friendly match between the two division champions, Celtic v Hibernian, which ended 2-2 after the home side went a goal down. 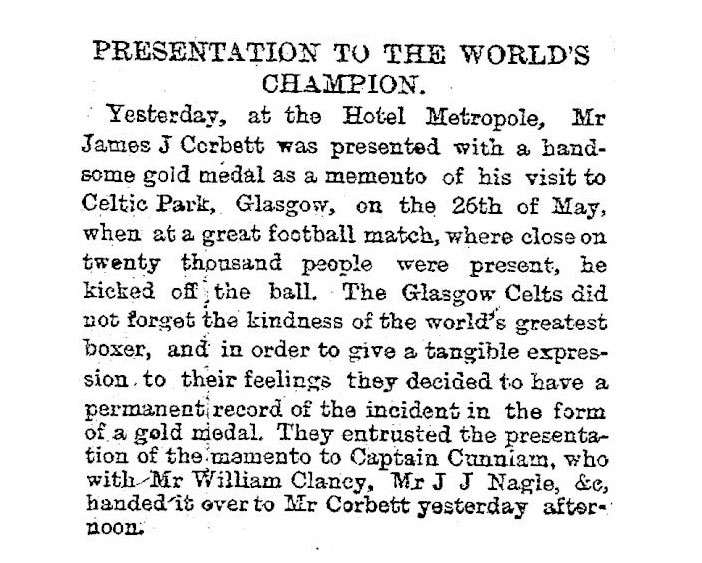 Another noted fighter to appear in a WWI Exhibition match on 27 March 1917 against Sid Shields at Celtic Park was the original mighty atom, Welshman Jimmy Wilde, who was reckoned by many good judges to be the Greatest flyweight boxer ever. Jimmy was another great fighter who ended his days in poverty. 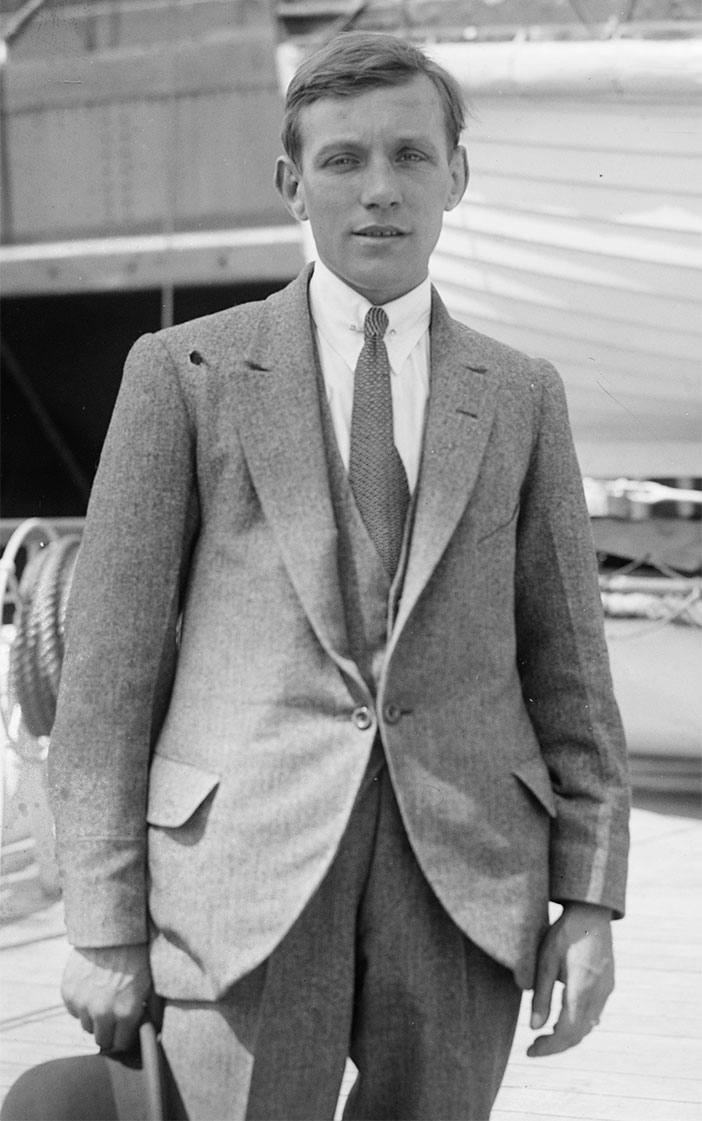 Glasgow’s own Gorbals tough man Benny Lynch sadly lost on points with a crowd of 20,000 looking on at Celtic Park when he came up against Belfast’s Jim Warnock on 2 June 1937. 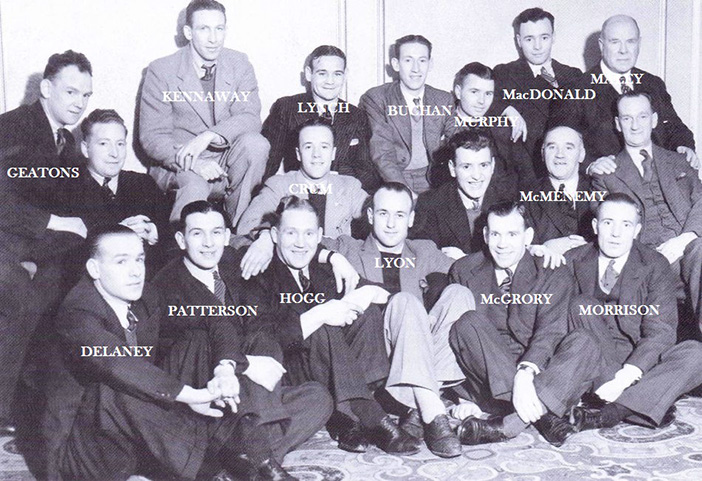 Benny can be seen here sitting in the back row with the 1937 Celtic team.

More modern times throws up some great champion boxers who fought at Celtic Park, fighters like Peter Keenan (the finest British boxer never to win a World Championship) who as a promoter was responsible for bringing Sugar Ray and Ali to Glasgow and in particular Paisley Ice Rink. 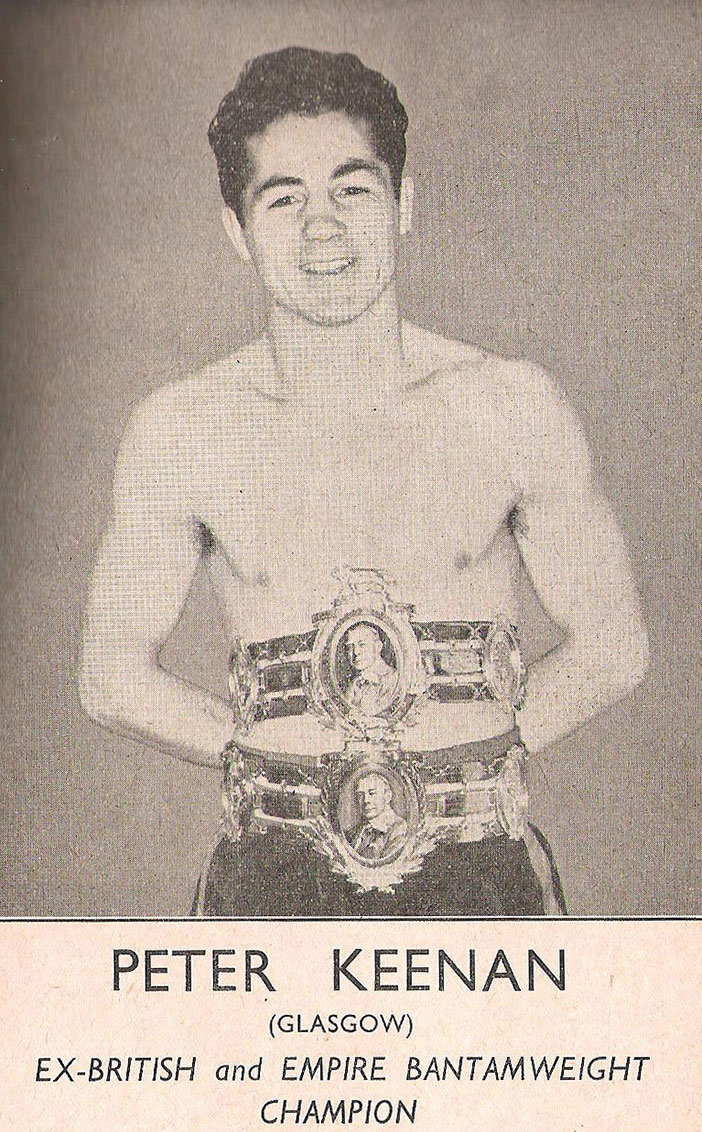 Other notable fighters include:

Croy’s outspoken Celtic fan, Pat Clinton, who actually trained at Celtic Park in the run up to one of his big fights… 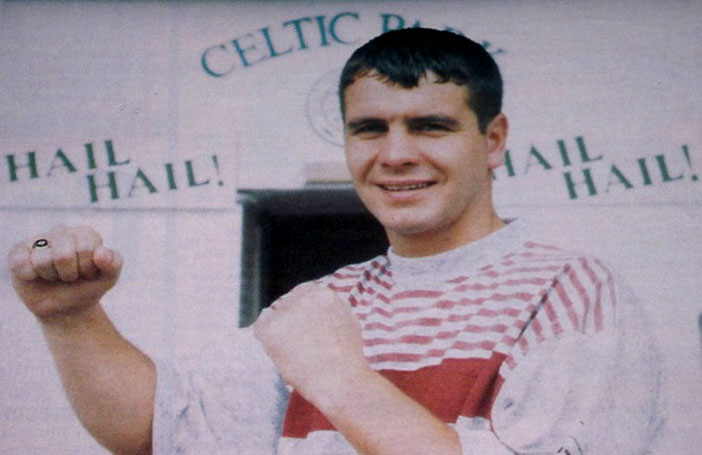 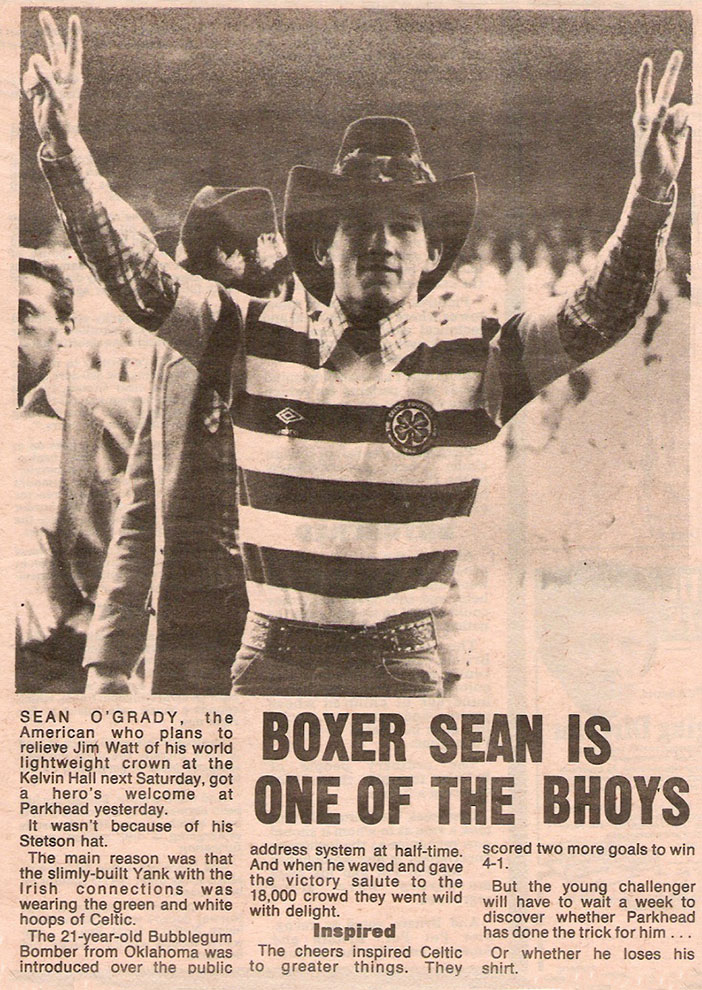 And, not forgetting, Ricki Burns who led the Annual St Patrick’s day parade and street party in his hometown of Coatbridge.