You are at:Home»Latest»Boyata’s huge boost for Rodgers

DEDRYCK BOYATA is back at training with the Scottish Champions and could be on the verge of committing himself to Celtic by signing a new contract.

Celtic welcomed the Belgian back earlier today after the big Belgium defender enjoyed a few weeks holiday in Greece following on from his memorable summer at the World Cup.

Boyata starred in all three group stage games, with Belgium winning them all. He then dropped out of the side when Manchester City’s Vincent Company recovered from injury and the Celtic Star was thereafter on the bench, eventually ending the tournament with a 3rd place medal.

He joined his teammates at a huge welcome back celebration in the centre of Brussels before heading off for his holiday. Brendan Rodgers had agreed with each of his four World Cup stars that they would each be entitled to a two week break from the time their involvement in Russia ended. 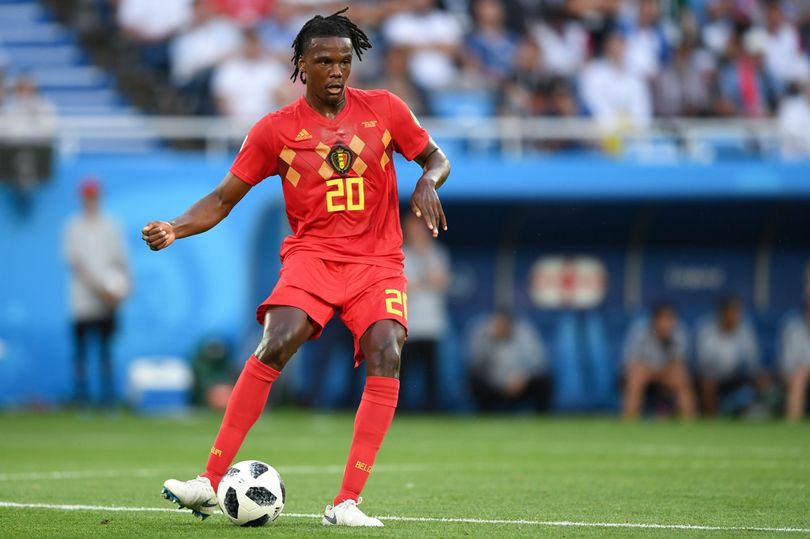 Boyata has attracted media speculation relating to interest from Lazio, Lyon and Fulham but apparently the early indications are that the player intends to stay at Celtic.

This would be a huge boost for Brendan Rodgers as he charts a course to the Champions League Group stages for the club. That task continues tomorrow evening in Norway – where Boyata will not be risked. Assuming no shock tomorrow, Rodgers will be keen to get Boyata back from the mouth watering tie against AEK Athens, so it will be back to Greece for the big Belgian.

Meanwhile it is extremely unlikely (unfortunately) that Celtic will attempt to sign Paddy Roberts this summer. There has been much speculation on a possible return earlier today after Paddy spoke to a local paper in Manchester – see HERE but apparently there’s nothing happening on this as far as Celtic are concerned.

Previous ArticleReady For The Future! Names on Seats in the Club Deck
Next Article Rosenborg’s risk taking suits Celtic perfectly