You are at:Home»Latest»‘Breaking – Celtic and Hearts Relegated’ claims The Scotsman – Scot Gardiner will be delighted

HOLD ON FOLKS! There’s worrying news breaking if you still read rags like The Scotsman.

They have just confirmed that after today’s SPFL meeting, CELTIC aren’t 9IAR Champions after all but have actually been RELEGATED alongside Hearts. 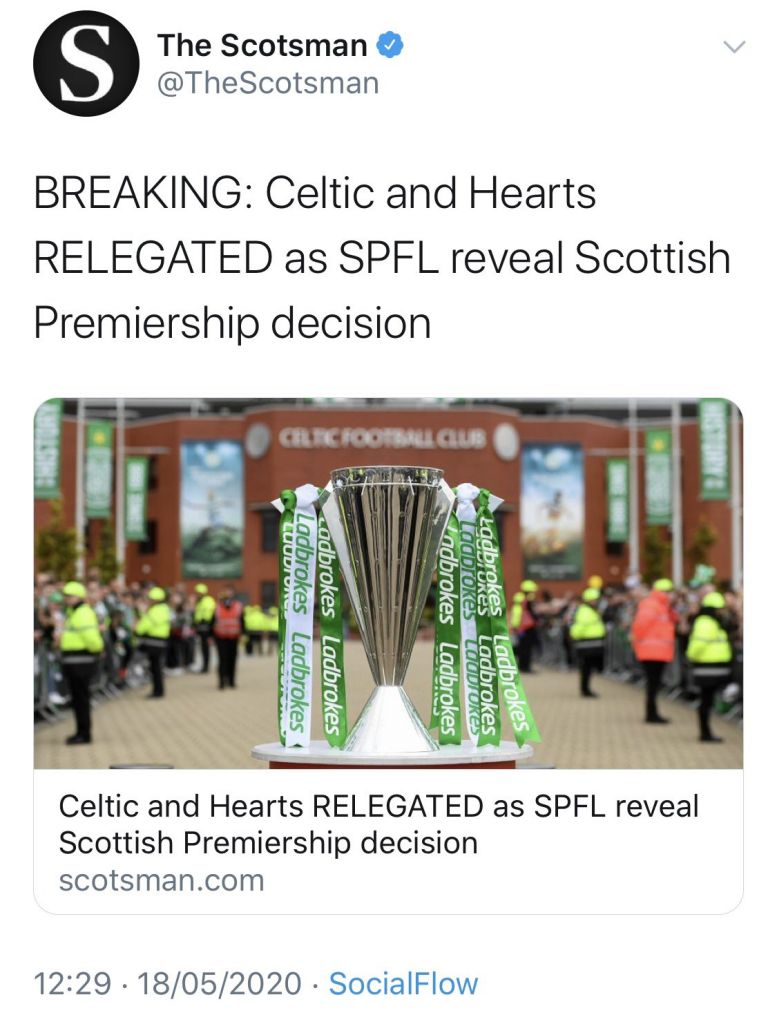 Scot Gardiner, Alex Rae and the slipping Scouser will all be absolutely delighted. Maybe they called a few referees in to the meeting to have their say and vote on the outcome? With Andrew Dalla, Bobby Madden and the soup sipper Willie Callum all likely to have opted for the double relegation option.

Scot Gardiner was the likely mastermind of the new proposal, that can be summarised as follows. The team that finished top and the team that finished bottom both to get relegated. Rangers (sic) are therefore the Champions, Hearts are gone (revenge for blaming him for not ordering the seats for the new stand), Inverness are screwed, who cares he’s off to Govania for his ‘dream job’ and Nine-in-a-Row has been stopped.

Here’s how The Scotsman broke the news….

Fair enough if you don’t think Celtic should be named champions but this seems a bit extreme pic.twitter.com/OTyK043CKO

Previous ArticleChampions Celtic, the numbers that matter and stay-away from Celtic Park today message
Next Article Photo: Scott Brown gets his hands on Celtic’s Premiership trophy