You are at:Home»Latest»Brendan Rodgers signing recalls ‘frustrating’ Celtic spell, not sure what he’s got to moan about

Former Celtic signing and peripheral figure during his time at the club, Kundai Benyu, has spoken of his spell in Glasgow several years ago for the first time. The player was brought into the club by Brendan Rodgers, beating off stiff competition from the English Premier League for his coveted signature.

The signing was hailed as a major coup back in the summer of 2017, whilst Celtic were in the halcyon days of continual league and cup success. The challenge was even harder than he and imagined following his move from the National League down south. At the time, even Stuart Armstrong was not a guaranteed starter for the club, reflecting how difficult it was to break into that Celtic midfield. 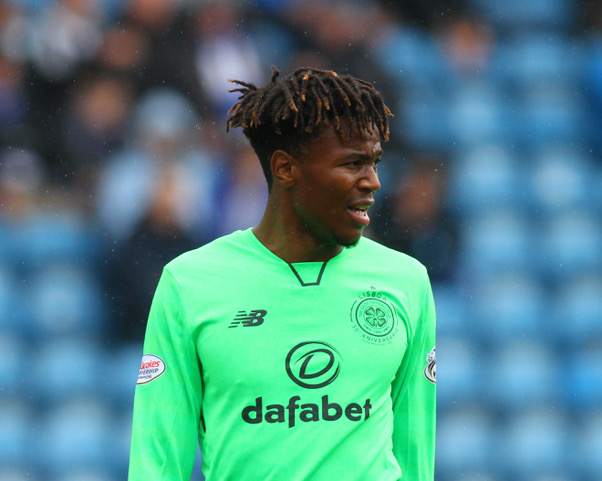 What ensued was an extremely frustrating time for Benyu in Glasgow’s East End. Speaking to Football Scotland, he said: “I think timing played a massive part because when I got to Celtic the team was established and successful. It’s always difficult to change a winning team. The times I did play I enjoyed it, albeit it was frustrating because I wanted to play more, but that’s football.

His experience at Celtic has not soured his view of the club though, merely that he wished for more involvement. The Zimbabwean approached then manager Rodgers due to his lack of game time and felt he was labelled because of this. He said: “Celtic played Champions League and that was always appealing to me,” the player said when asked what attracted him to Parkhead. Brendan actually called me personally which was amazing. Aston Villa, Tottenham, West Ham and all the other clubs just sent representatives but Brendan calling was major for me. 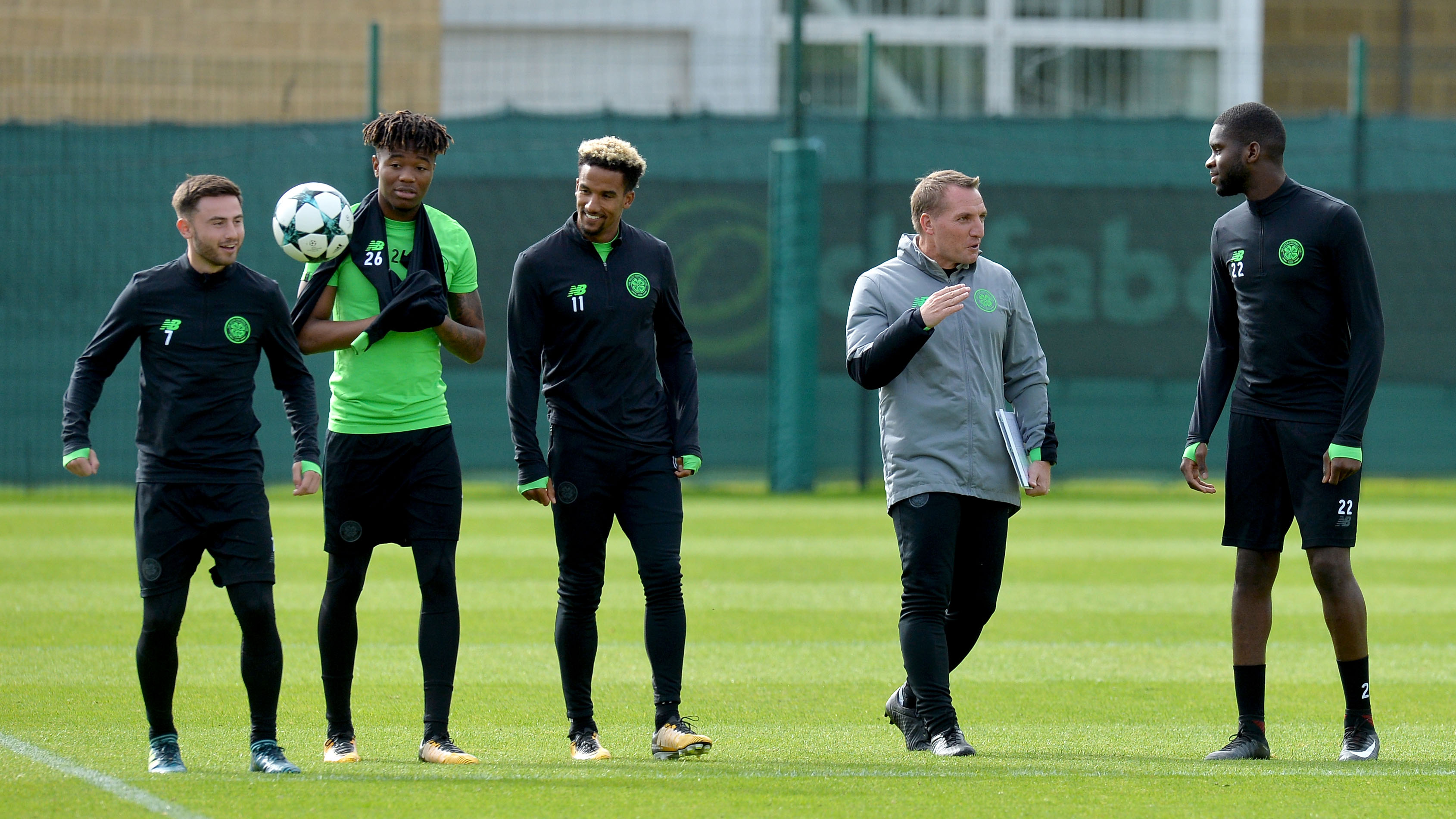 Brendan Rodgers manager of Celtic speaks to Saidy Janko of Celtic during a Celtic training session ahead of the UEFA Champions League Group B match against Paris Saint-Germain at Lennoxtown on September 11, 2017 .(Photo by Mark Runnacles/Getty Images)

“(Later) I wasn’t angry at all but I was really frustrated because I wasn’t given a fair chance. I believe in my ability and I was better than some people but it didn’t matter what I did in training, certain players would still get the nod ahead of me. If I said something, people would say I had a bad attitude, but I just wanted to play and show what I could do. I have no regrets but a lot was promised that wasn’t delivered. For a young player, the stadium and Champions League potential was so appealing and I did everything and beyond, it just didn’t work out.”

He said: “I try to be as professional as possible and I did knock on the door because I wanted to play and prove myself. I went to Celtic not to warm the bench but I understood we had experience and that’s what kept the team winning. It was always difficult not to blame anyone or point fingers at anyone, but in football you also need luck.” 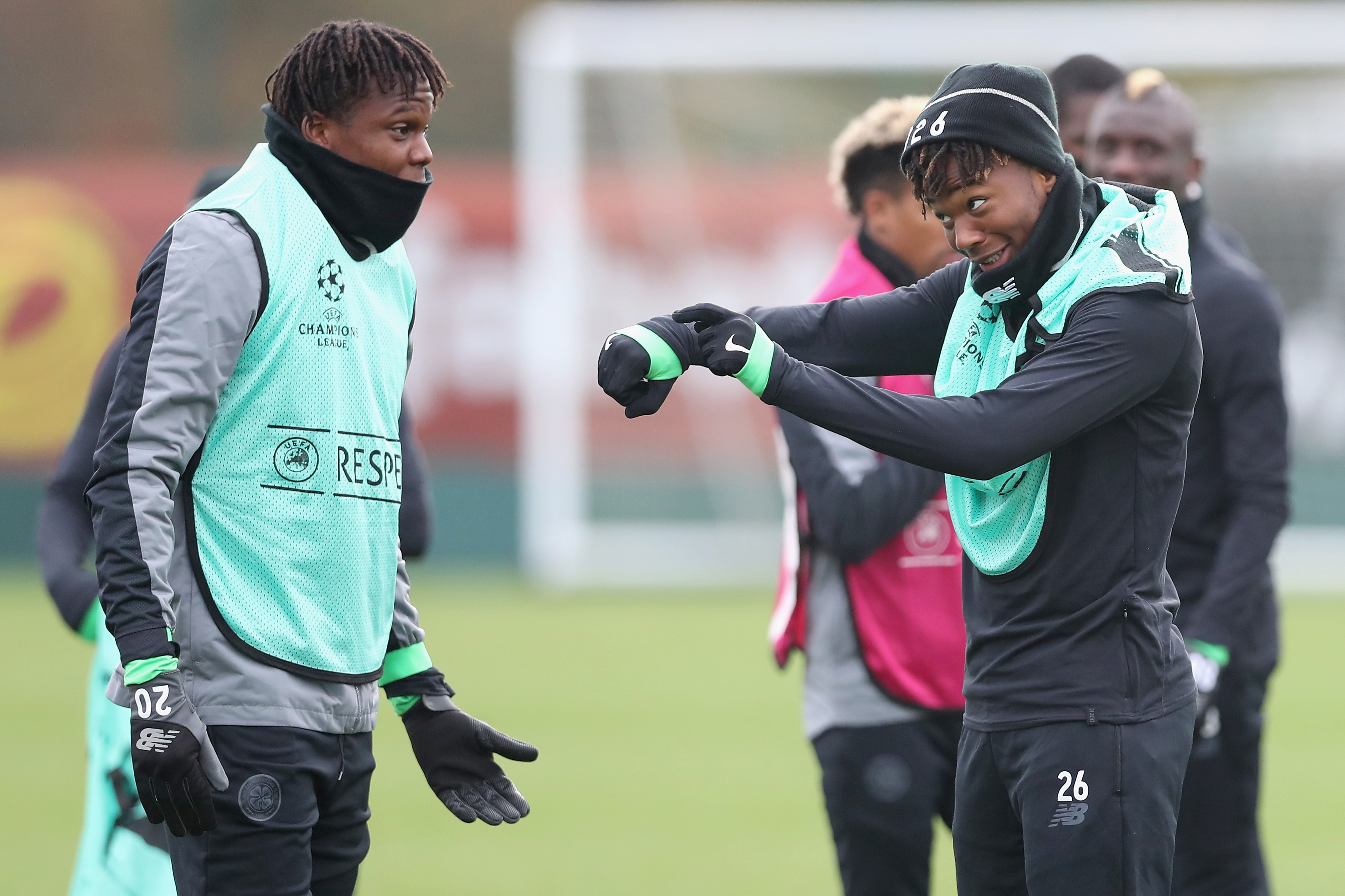 Dedryck Boyata of Celtic and Kundai Benyu of Celtic speak during the Celtic Training Session prior to the Group B UEFA Champions League match between Celtic and Bayern Muenchen on October 30, 2017. (Photo by Ian MacNicol/Getty Images)

The midfielder also revealed the friendships he struck up during his time at Lennoxtown and reserved a special mention for Celtic’s new club captain. He added: “I actually had a good relationship with everyone. But I got on really, really well with Nir (Bitton), Griff (Leigh Griffiths) and Odsonne (Edouard). Callum McGregor has every ability a top centre-midfielder in Europe has. He’s a top player and a good man as well.”

Celtic On This Day – 3rd December – David Potter’s Celtic Diary
Best International Players to Play for Celtic this Century
The gaslighting of the Celtic support has returned alongside Peter Lawwell
Previous Article“What could have been,” Japan-based journalist gives tongue-in-cheek reply to Celtic question
Next Article Three players from Japan would set the tone for Michael Nicholson