You are at:Home»Latest»Brendan’s pair of aces! Dembele and Edouard set to start at Ibrox

CELTIC manager Brendan Rodgers praised his striking double act of Moussa Dembele and Odsonne Edouard after today’s 3-0 win over Morton in the Scottish Cup. And Brendan reckons that the paid can thrive together for the rest of the season leading the line for the Hoops.

And that could be bad news for the Rangers defence next Sunday as the French strikers look set to be given the chance to replicate their second half showing at Ibrox on Sunday and put to an end the fantasy stories about a title challenge being made.

Certainly the pairing has given Rodgers a tremendous option ahead of his fourth visit to Ibrox as Celtic manager where he will be looking to maintain his 100% winning record.

Celtic looked jaded and off the boil in a goalless first half against the Championship side and Rodgers took remedial action during the break by replacing Scotty Sinclair with Edouard and getting the youngster who is on a season long loan from PSG, to go up top alongside Dembele.

After the pair helped themselves to three goals – two from Dembele, one a fine header from a splendid Tom Rogic cross and the second from the penalty spot which was a poor decision from referee Beaton as the offence was committed outside of the area. Edouard had threatened Morton continually so it was no surprise when he was able to force home the final goal on a cold afternoon at Paradise.

And the pair had Rodgers sitting up to take notice. 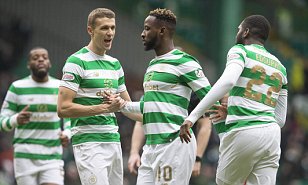 “He can play in a number of positions and his link up and hold up play was very good. I felt Odsonne and Dembele occupied the back four very well.

“I think you can see he (Dembele) has that hunger back to score. In the second half, like the rest of the team, he was much better.”

And looking ahead to his selection for the trip to Ibrox next Sunday, Brendan hinted that he’s already got an idea on how he will line up the side.

“I have in my mind the team for next week but we’ll do some work. Hopefully this coming week we’ll get some good work in.”

Moussa Dembele is almost certain to start – he has a good scoring record against the Ibrox club and Odsonne Edouard has maybe done enough to earn his place. 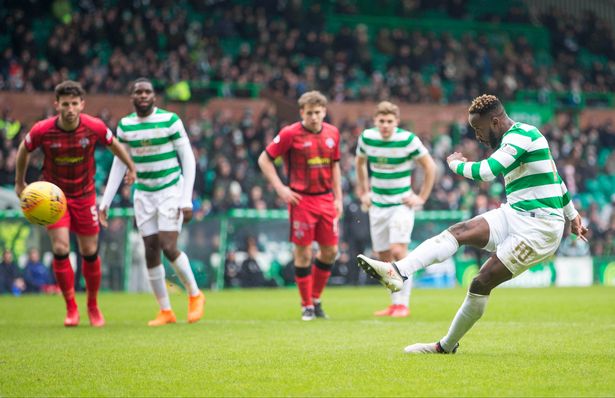