You are at:Home»Latest»Brilliant Video – Celtic in 1980, interviews with Billy McNeill, Johnny Doyle and Bobby Lennox

OUTSTANDING feature today from the Archives of Irish broadcaster RTÉ when they visit Glasgow, the ‘Dirty Old Town’ in 1980, film Celtic training at Celtic Park ahead of a home game against Morton, and interview manager Billy McNeill and players including Bobby Lennox, Tommy Burns and Johnny Doyle.

The footage is remarkable and this is well worth a watch.

In case you are wondering Celtic won that match – a Scottish Cup 5th round tie, by 2-0 with the goals coming from Jim Casey and George McCluskey. The Celtic team was Latchford, Sneddon, McGrain, Casey, MacDonald, McAdam, Provan, McCluskey, Lennox, MacLeod and Doyle. The Subs were Davidson and Nicholas and as is explained in the video, Tommy Burns was working his way back to fitness after picking up an injury. Roy Aitken was suspended for this game, thus Casey got a start. 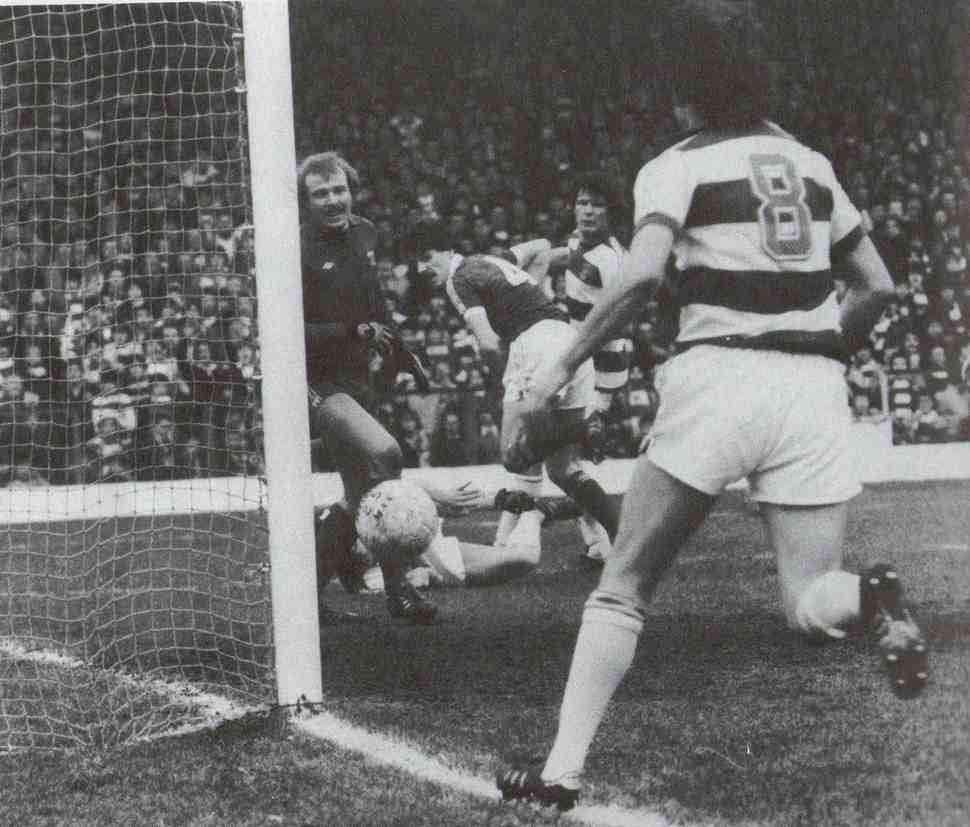 Here’s a match report from one of the papers, with the headline writers obviously pretty disappointed that Celtic had won. This game was the weekend after the midweek before when Celtic had beaten the mighty Real Madrid by 2-0 in the quarter finals of the European Cup and what a goal Johnny Doyle scored that night.

Frank McGarvey would be signed the next week from Liverpool for a club record transfer fee of £250,000. Money well spent it was too! 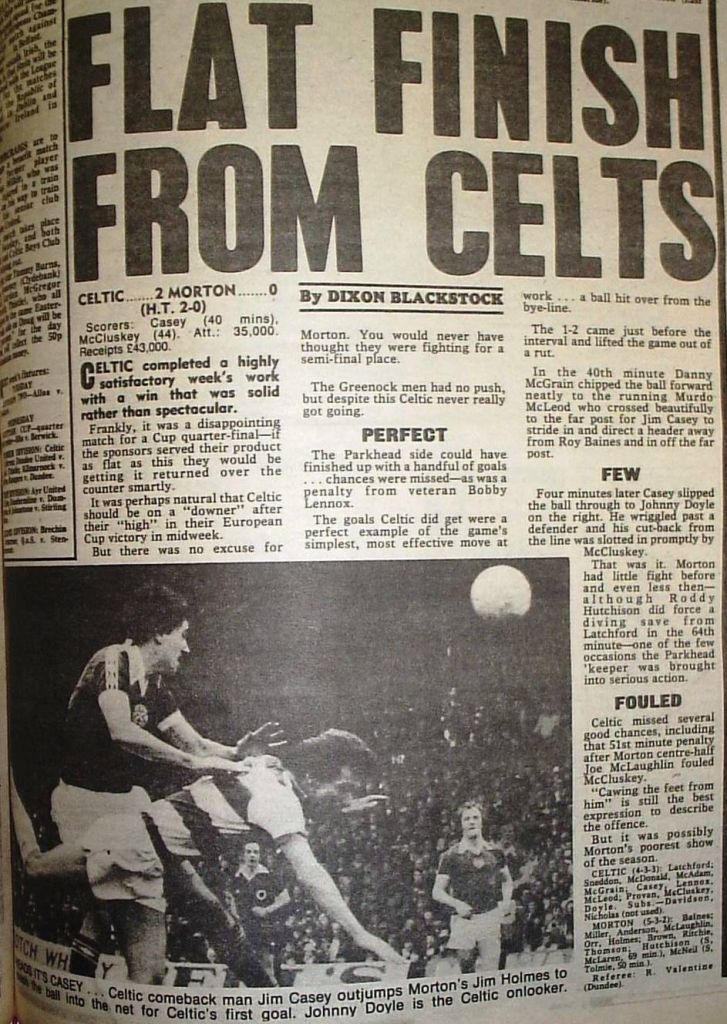 Go see the loving tribute to Steve Chalmers from his family…